“journey into unknown worlds – ‘a post apocalyptic tale of humanity”

After an atomic war destroys human civilization a scientist sends out a plea for help and is answered by scouts from both Mars and Venus.
The two scouts land next to each other and encounter each other. Because the scientist had included a description of what people look like, the scouts assume the message had lied and attack each other because neither Martians nor Venusians appear as humans. Both scouts are killed and no aid is forthcoming, but the scientist gains new resolve to rebuild the planet by hand if necessary.

The drawing show with solely original works is titled “journey into unknown worlds – ‘a post apocalyptic tale of humanity” and refers to the sci-fi comic “Journey into Unknown Worlds” (chapter ‘end of the earth’), published by Atlas Comics in 1950.

The exhibition blurrs the line between Comics and Fine Arts with its own formal and narrative world. The post-apocalyptic reference offers a radically associative freedom.

By juxtaposing Comics with Fine Arts the show recodes the context of these genres and the ways how we look at them esthetically and linguistically. As a result unpredictable correlations of the above are completed in our heads.

The subtle psychology of the Comics propels by their formal bravura and virtuosic representations of political, cultural, societal, phantastic and universal situations. The audience is drawn into a multilayered and subtle dialogue of Comics with Fine Arts.

It is only normal that this dialogue automatically raises the question whether Fine Arts distinguishes itself from Comics by just its contextualization.

In the world of Comics reproduction is not just its pastime – it is the ultimate goal for most of the Comic artists. The original in that world is often reduced to a mere necessity that often encounters the spill of coffee or half burnt cigarette butts.

The show consists of Part 1 and Part 2, each with prolog, main part and epilog.

Robin (Raymond Pettibon). Batman regards himself as the sculptor while viewing Robin as his model.

Not so Robin who sees himself as an artist and Batman as the craftsman.

hurricane gyrates humans and their habits into each other (Mark Beyer, Gary Panter).

The epilog ends Part 2 with a poetic and universal outlook on a newly born earth (Raymond Pettibon). 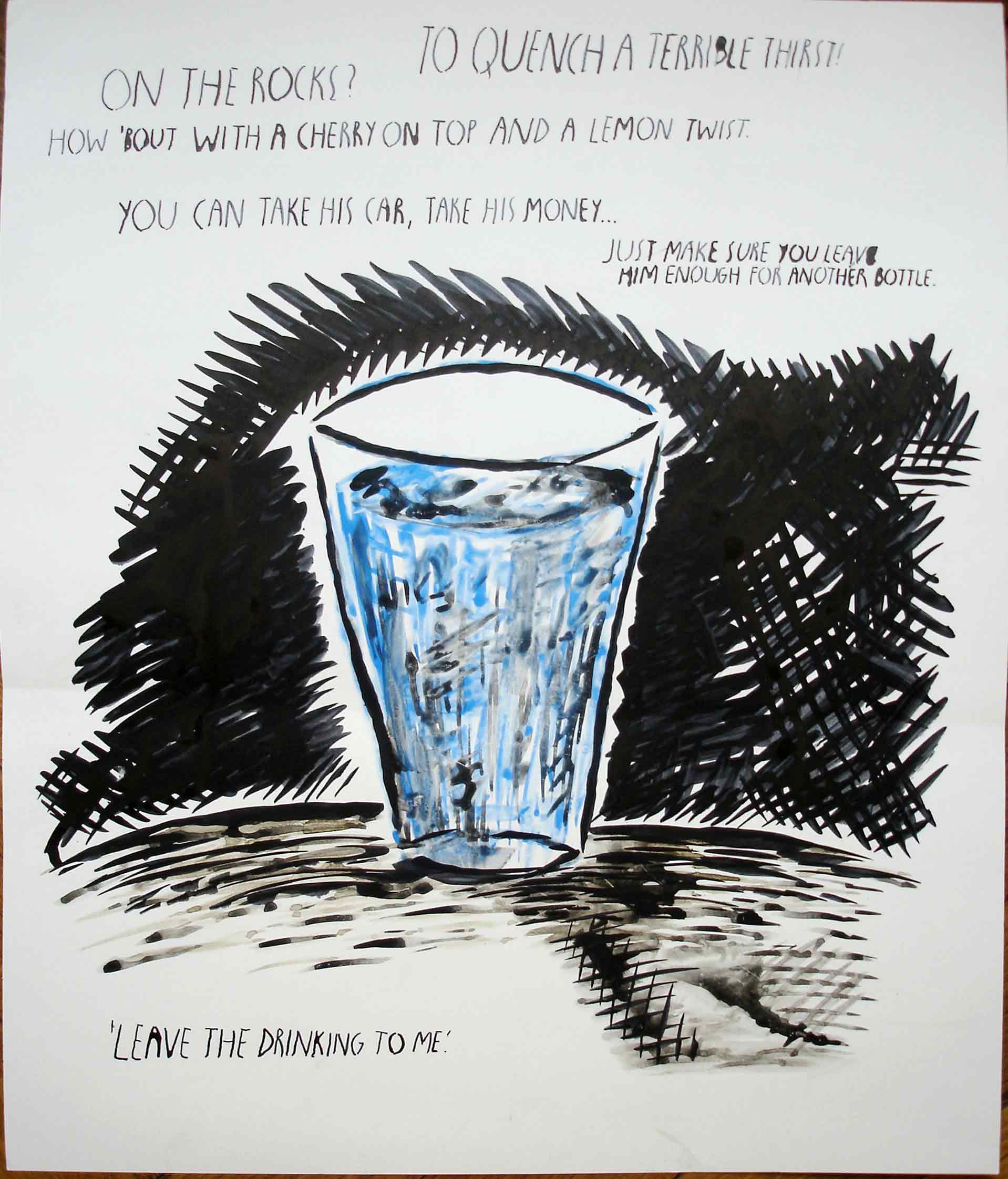 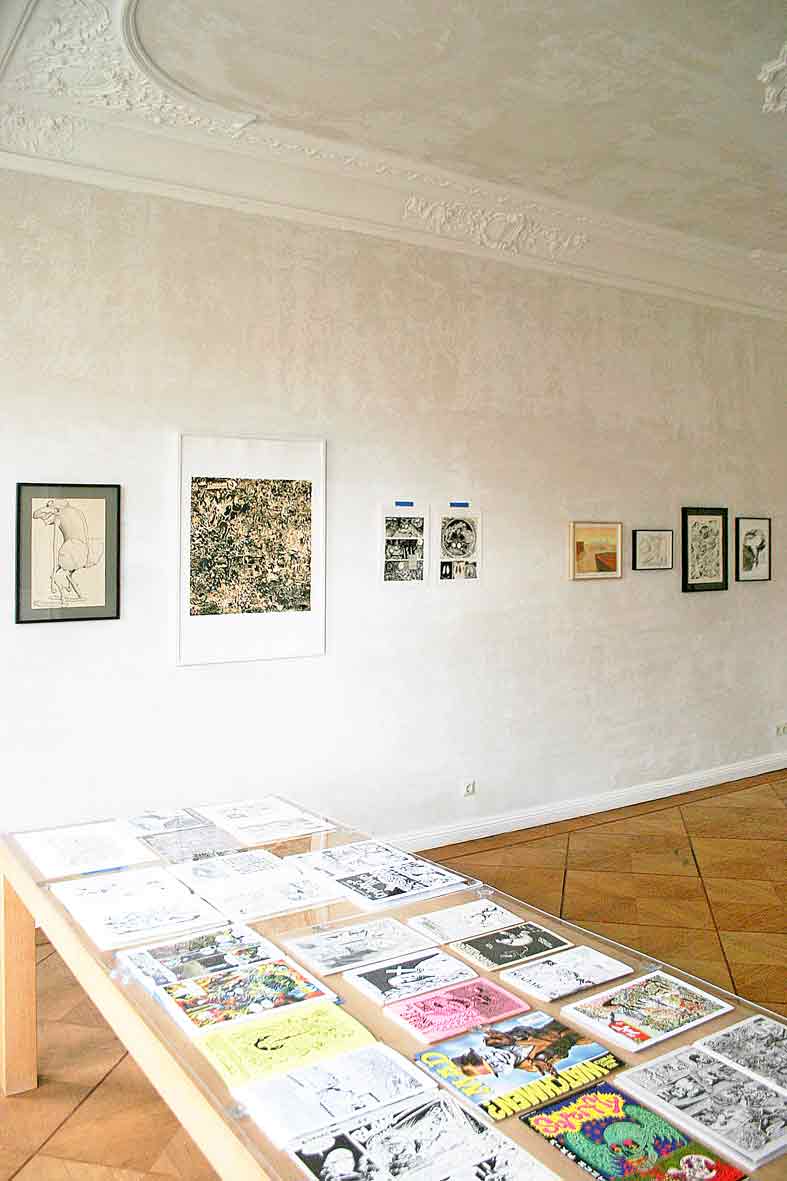 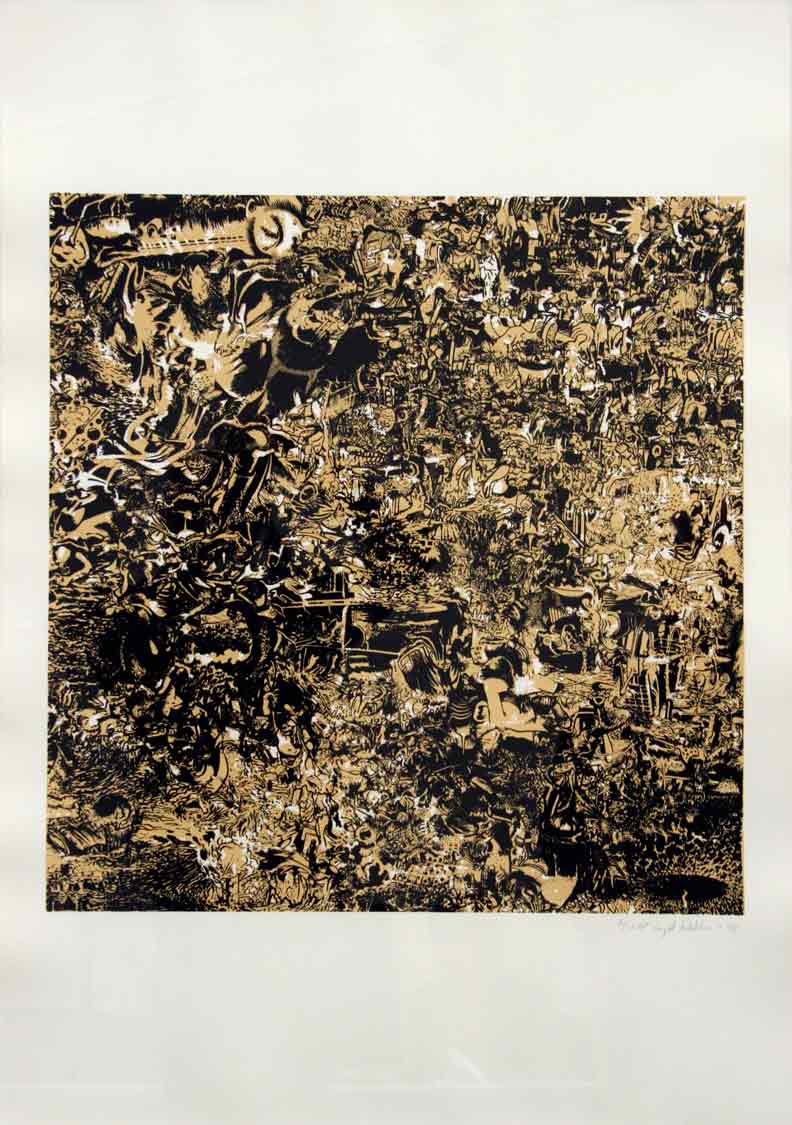 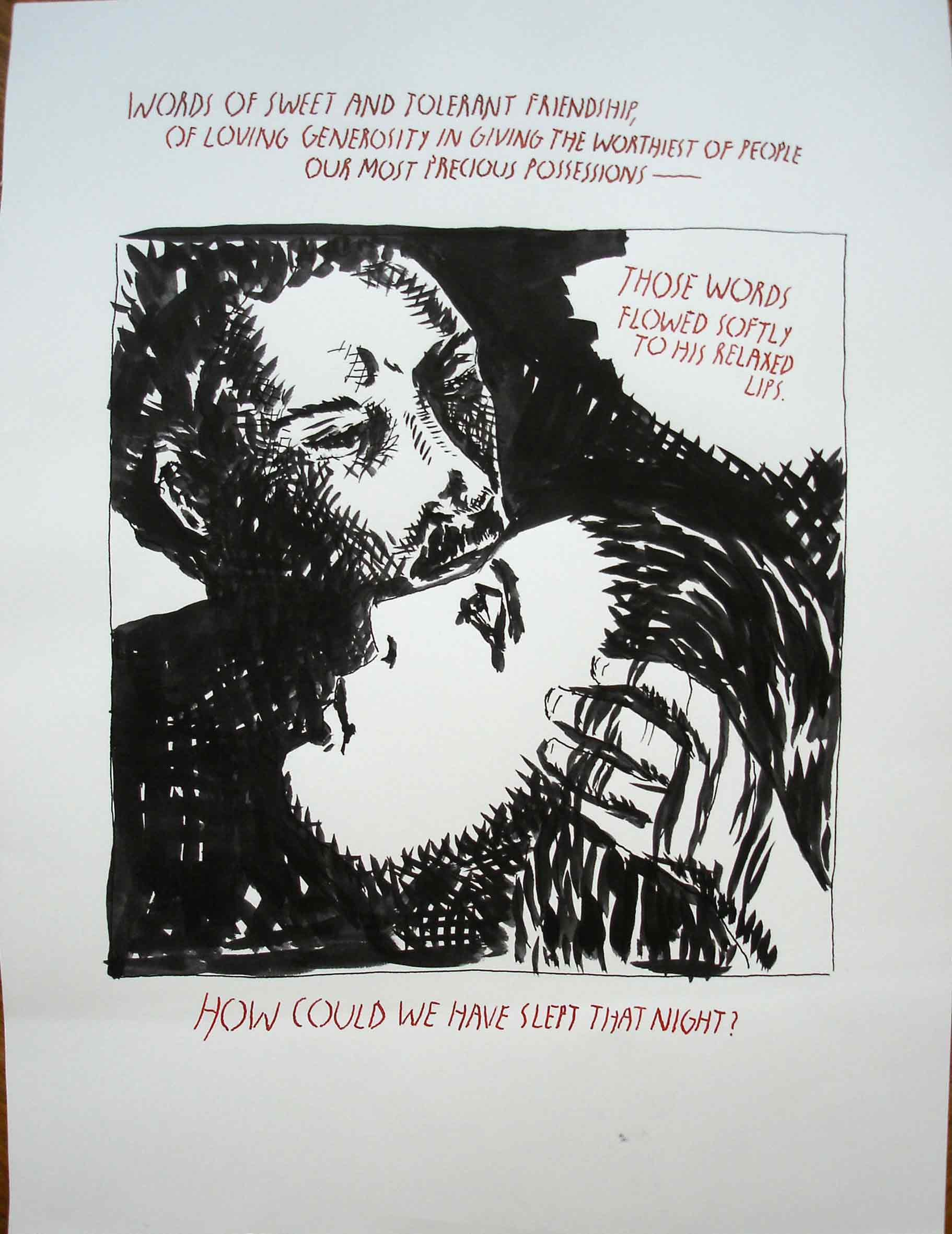 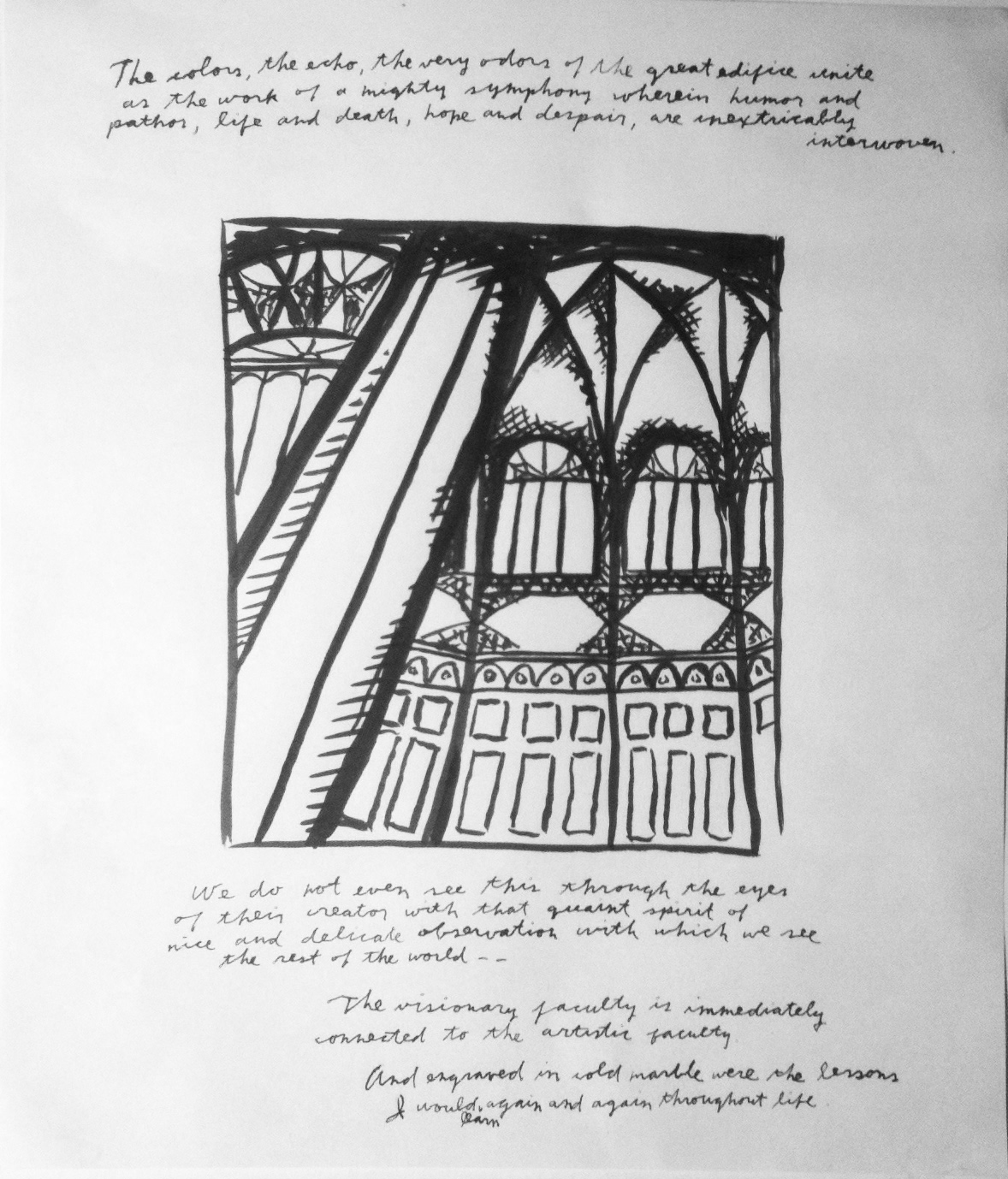 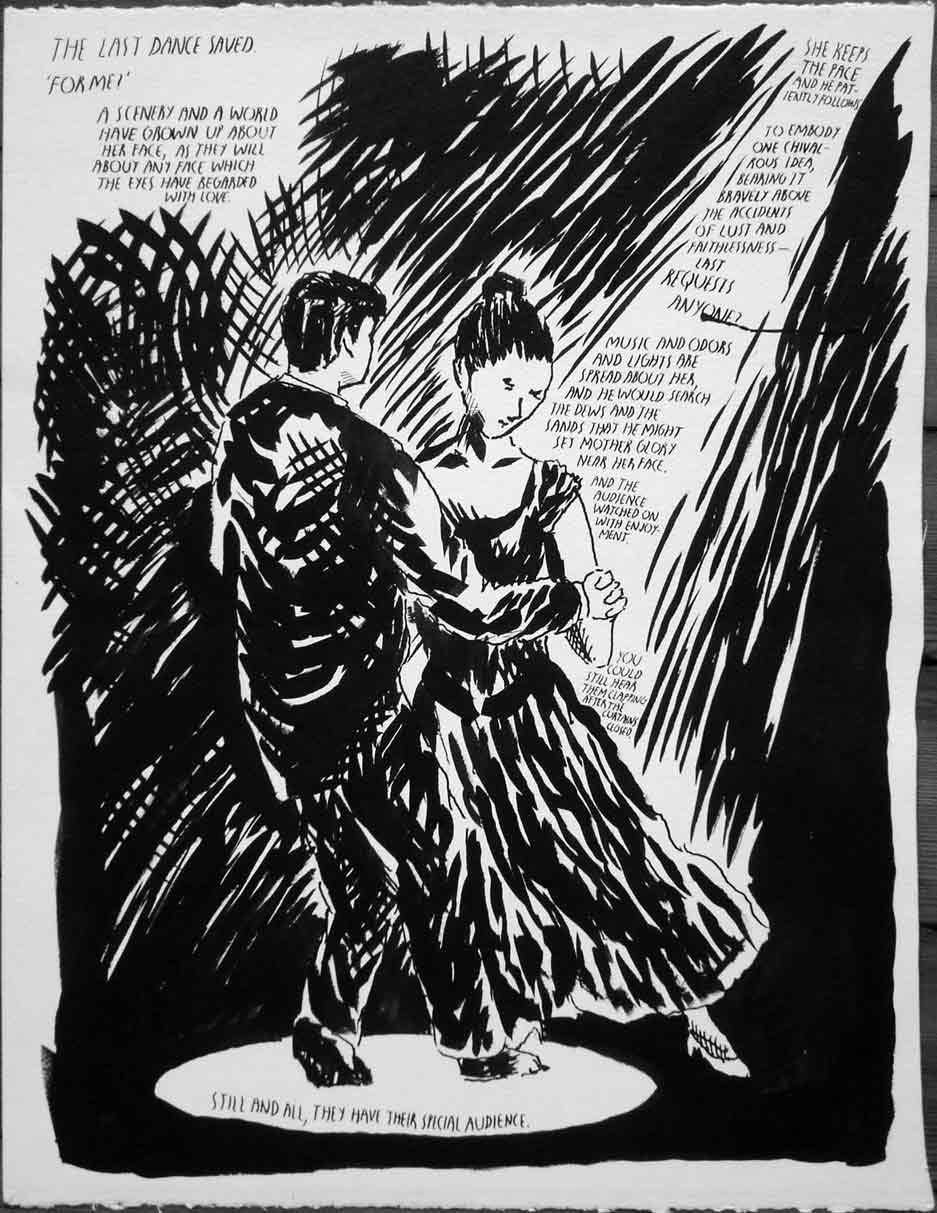 RAYMOND PETTIBON Untitled (the last dance saved for me...), 2003 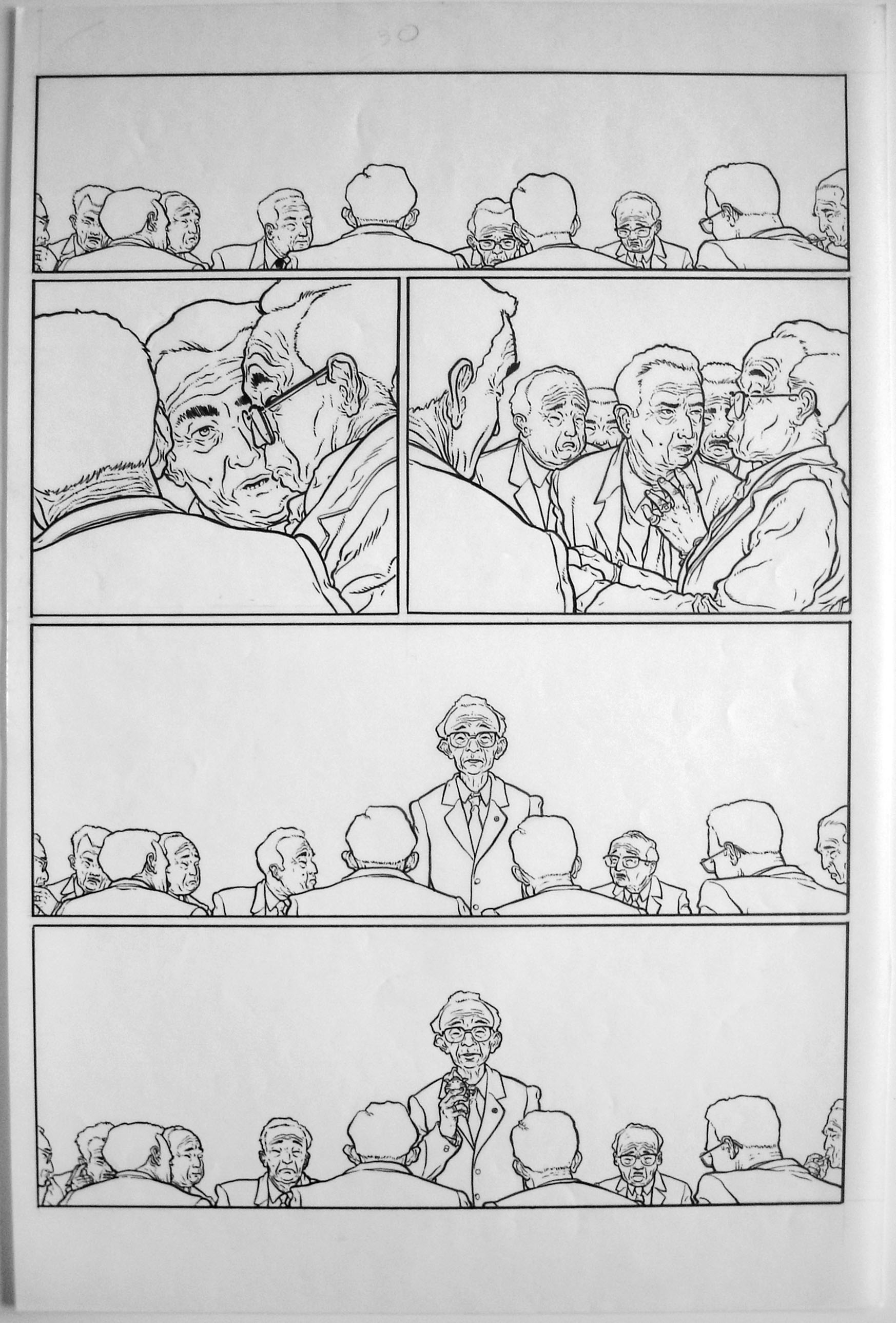 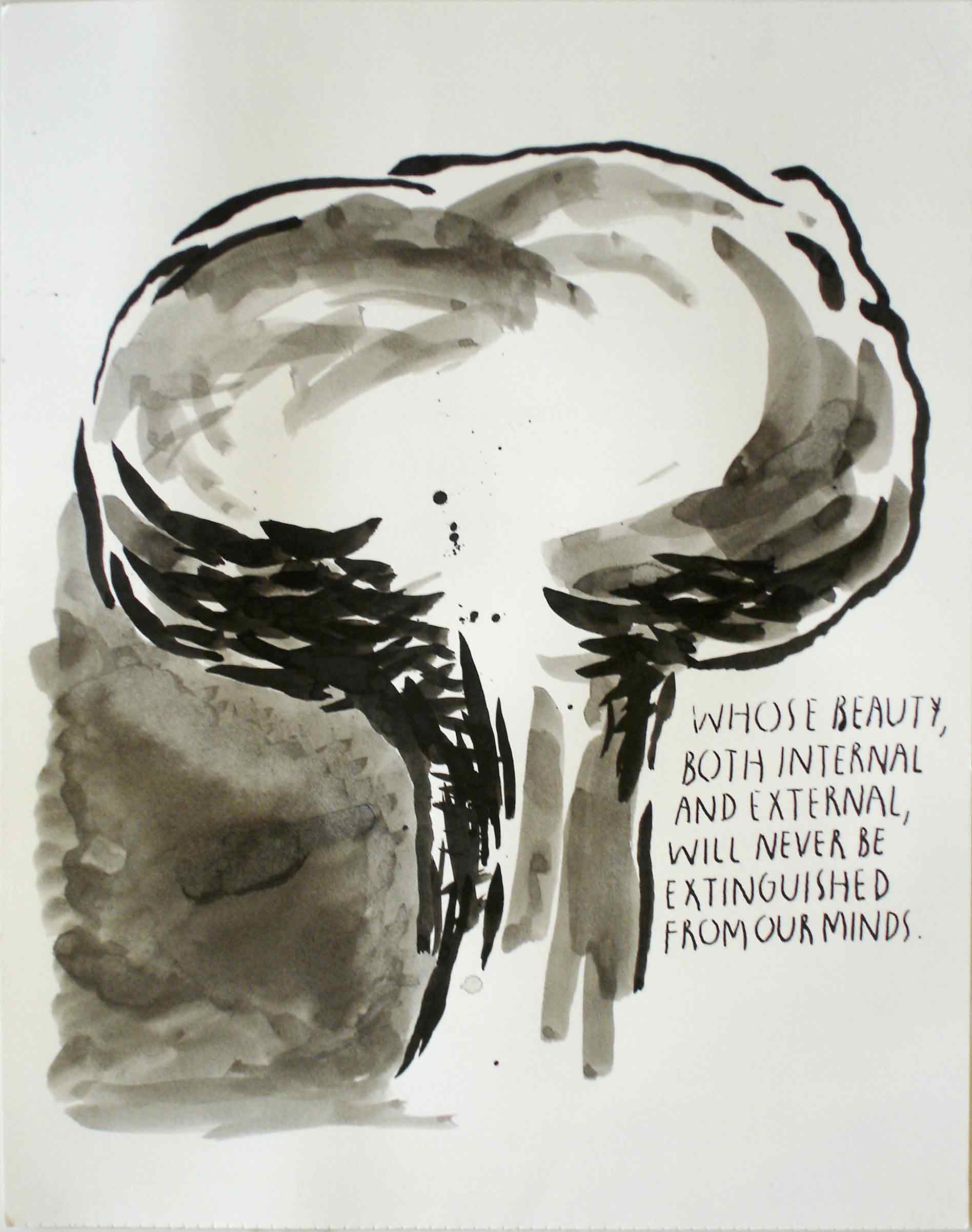 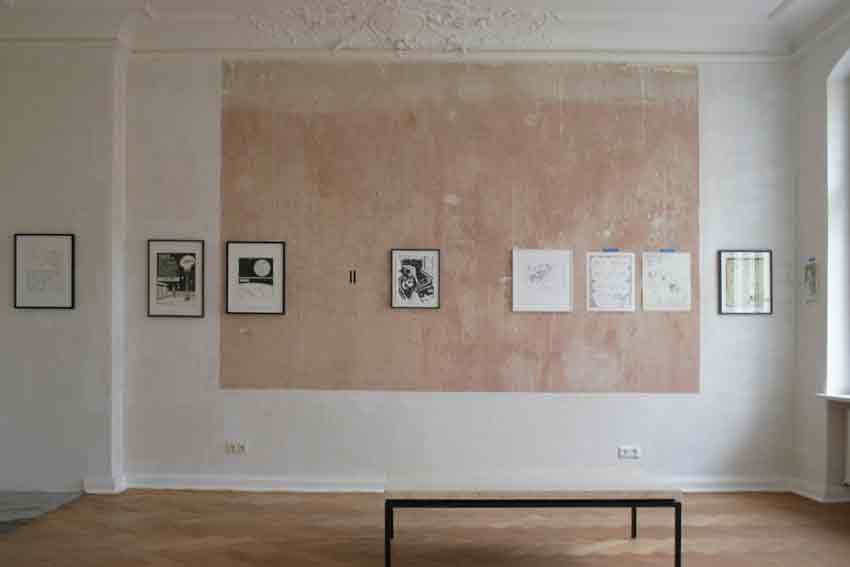 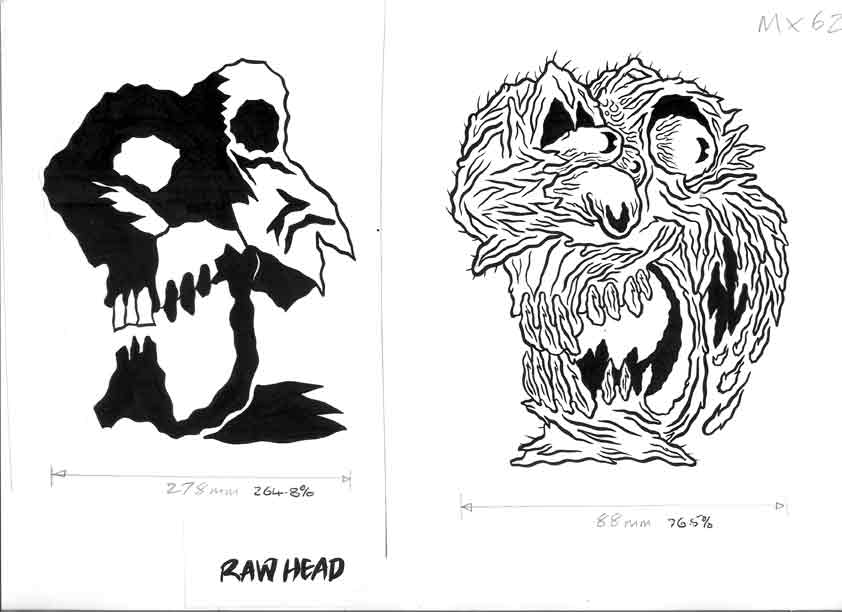 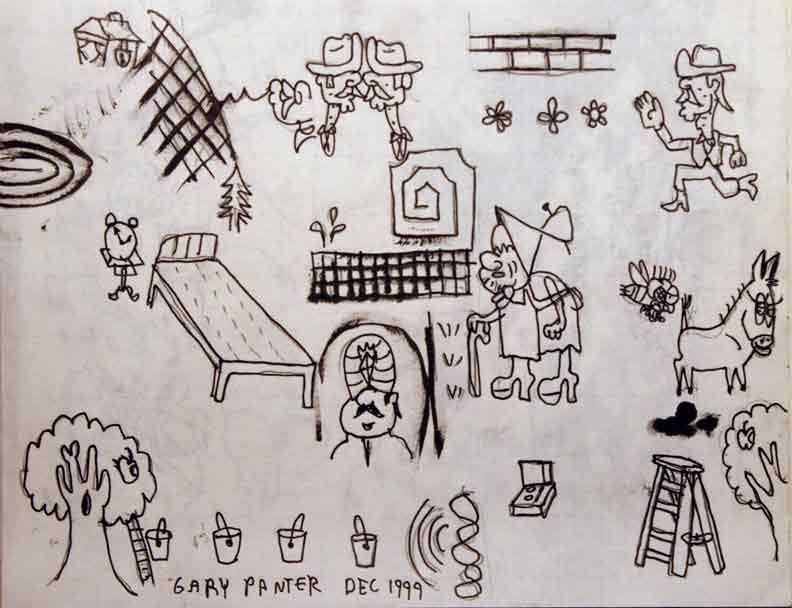 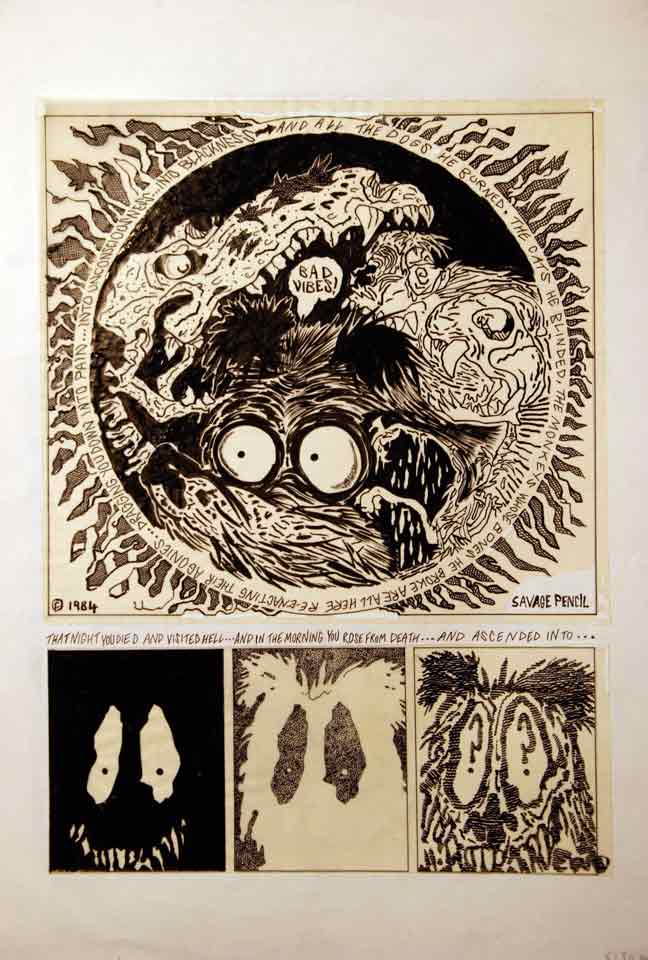 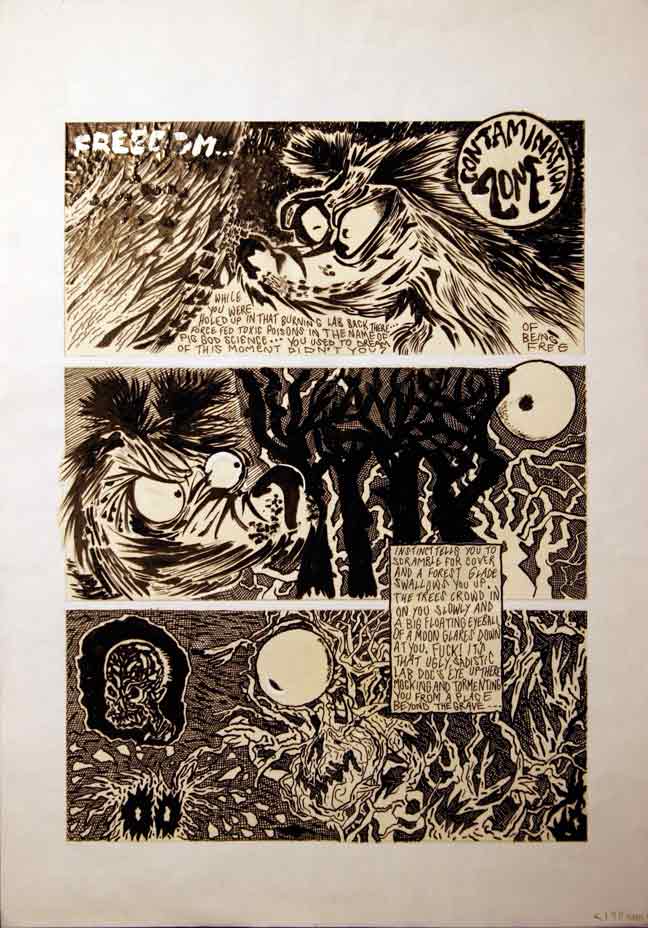 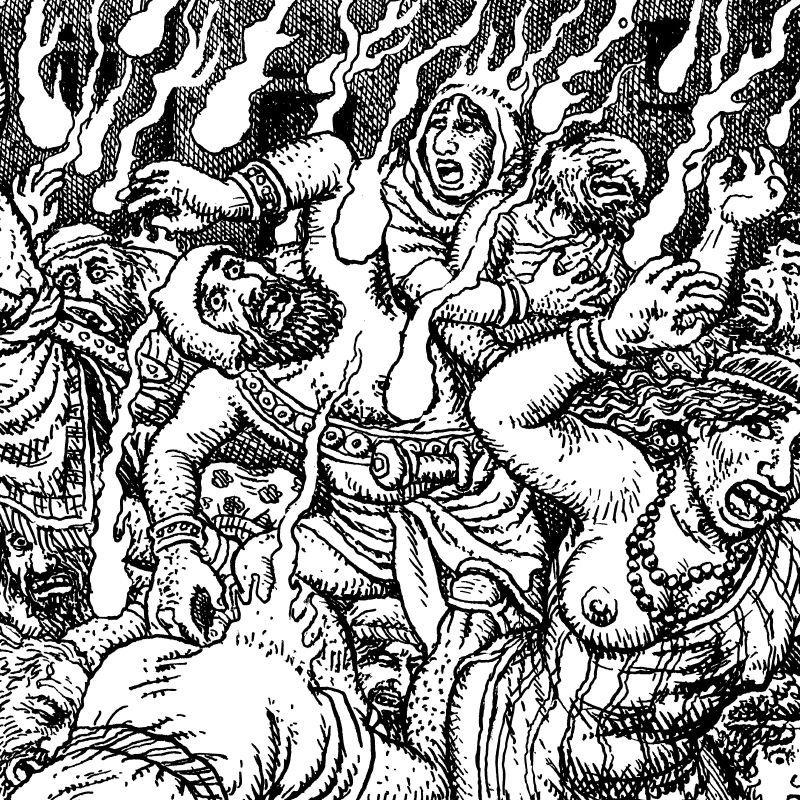 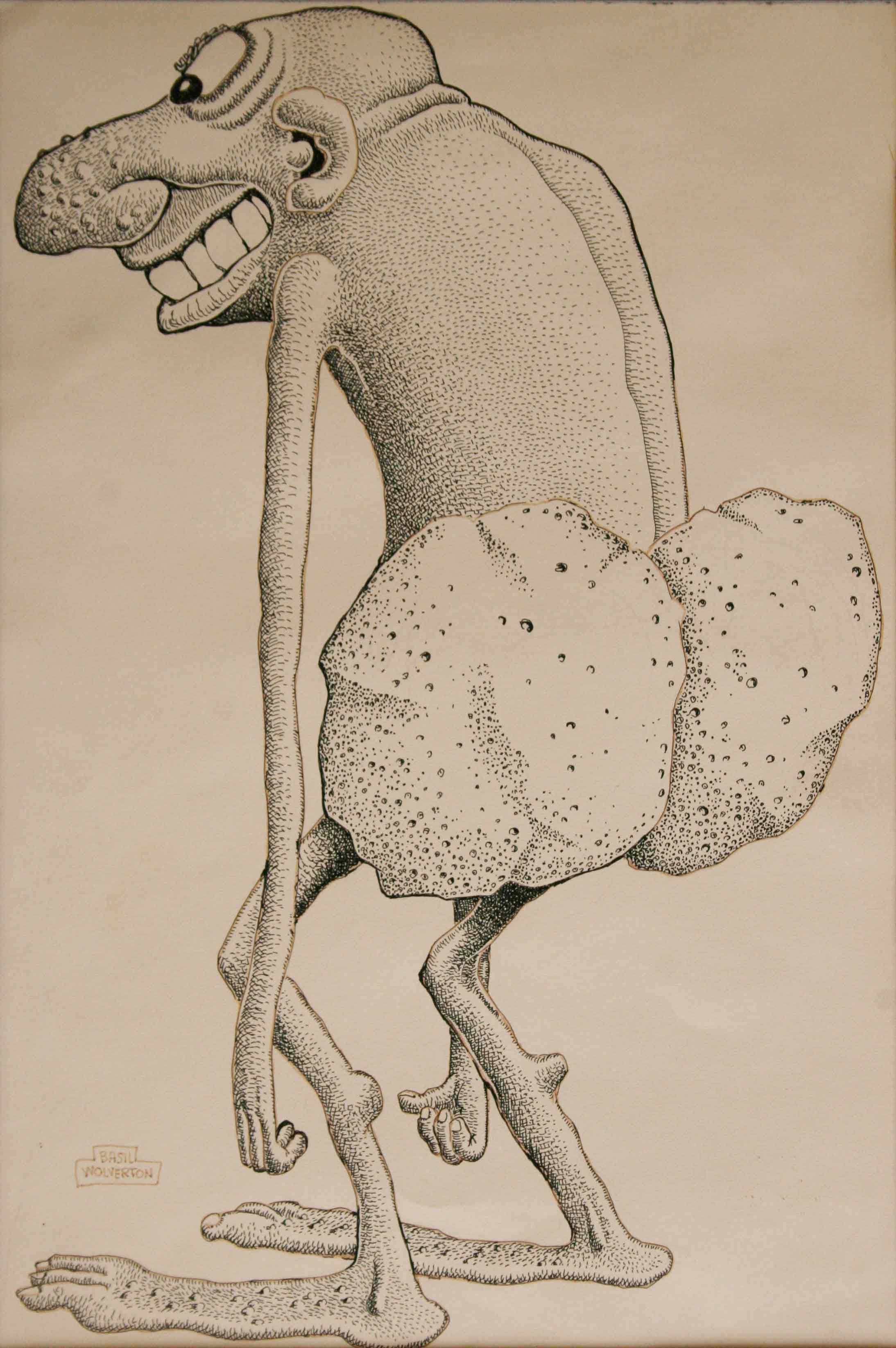 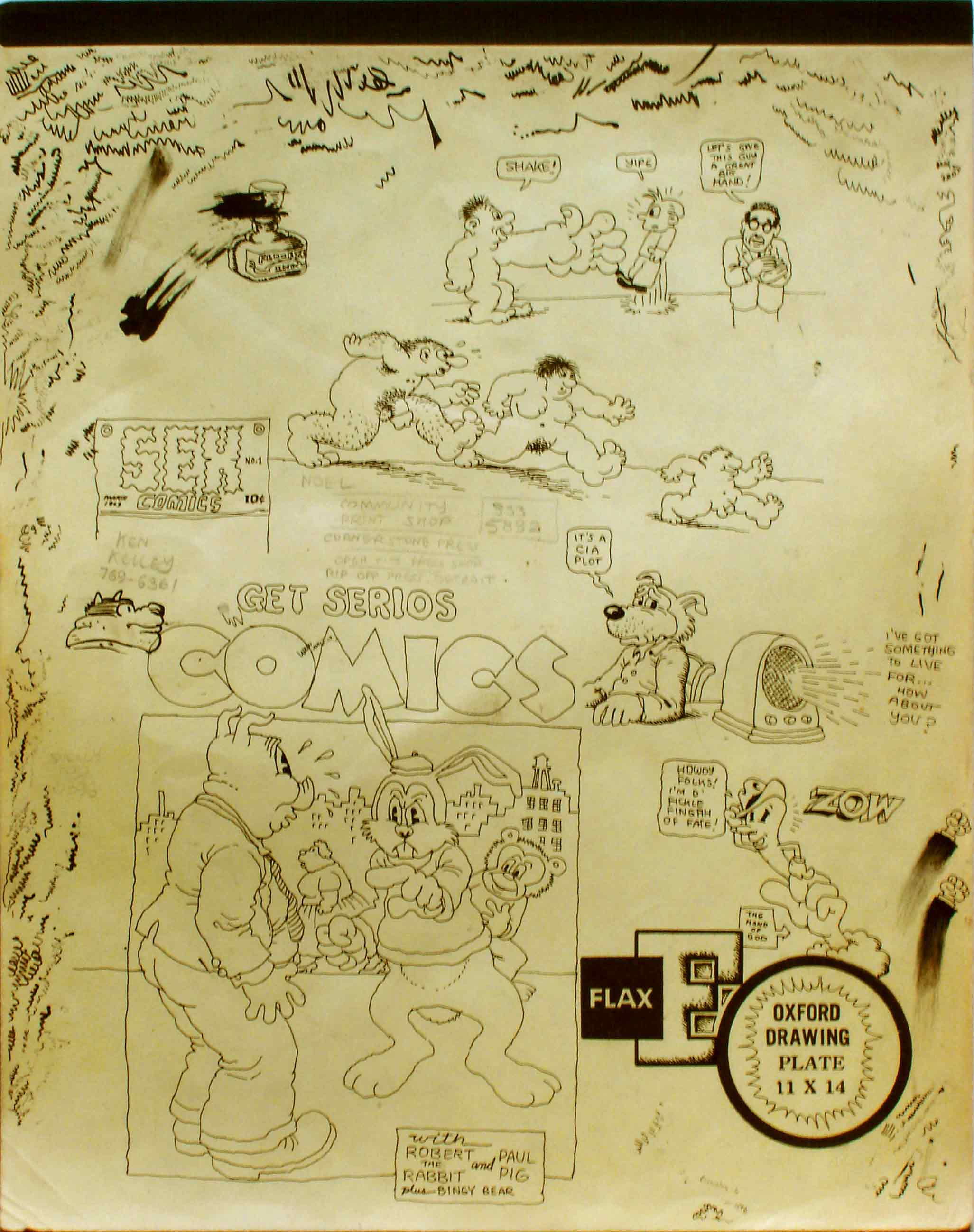 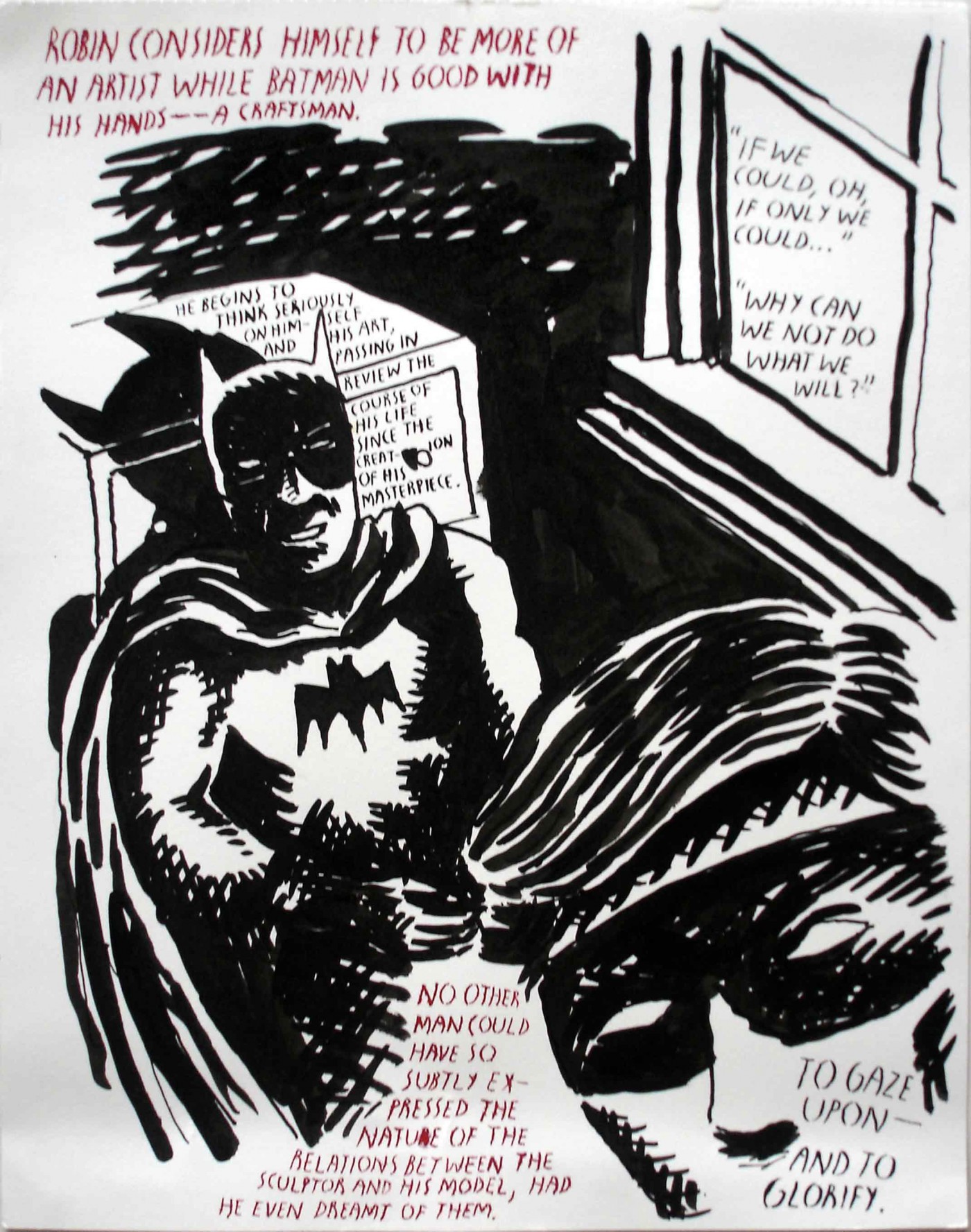 RAYMOND PETTIBON Untitled (robin considers himself to be more of...), 1999 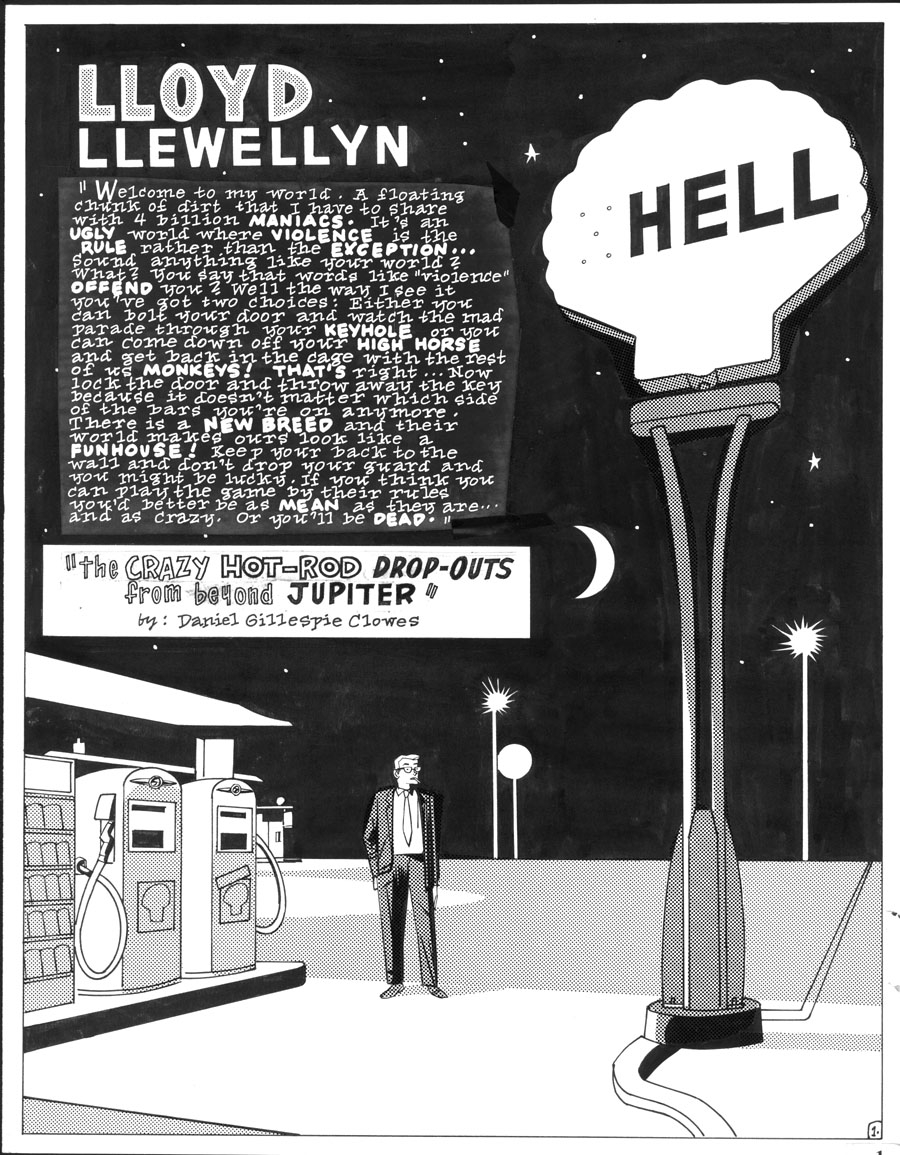 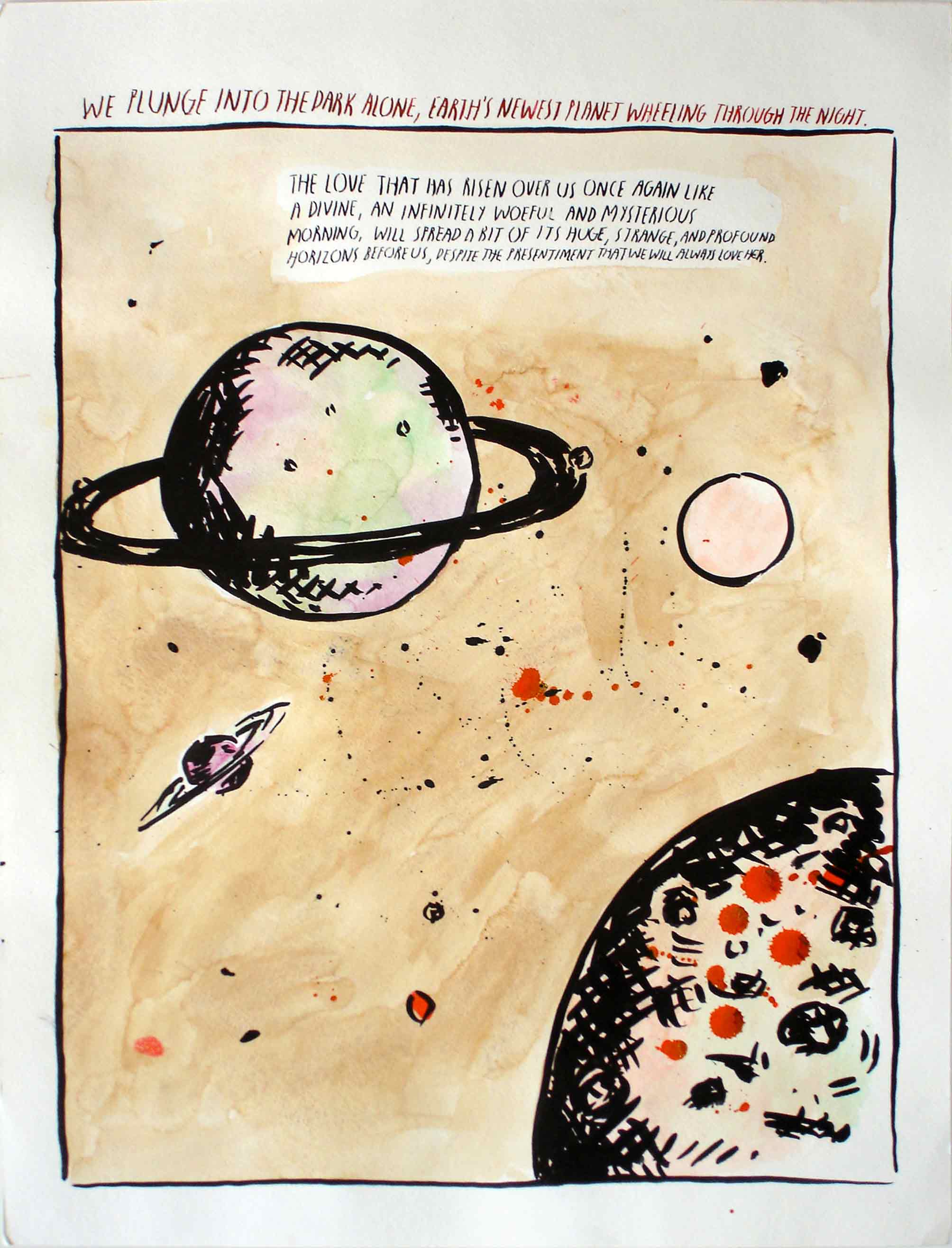 RAYMOND PETTIBON Untitled (we plunge into the dark alone), 2001 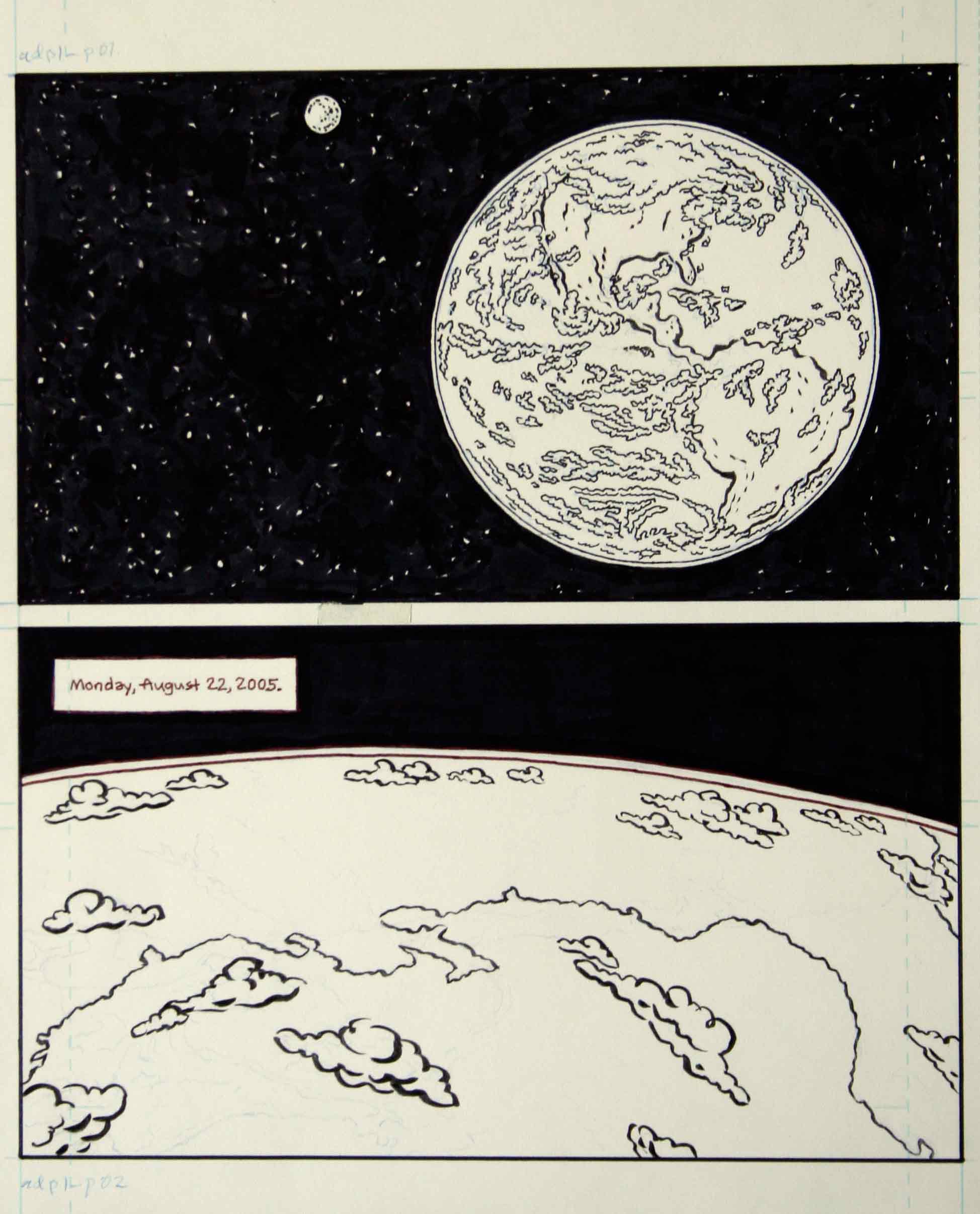 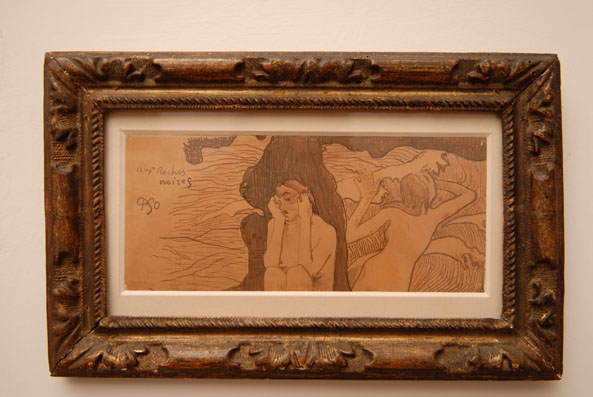 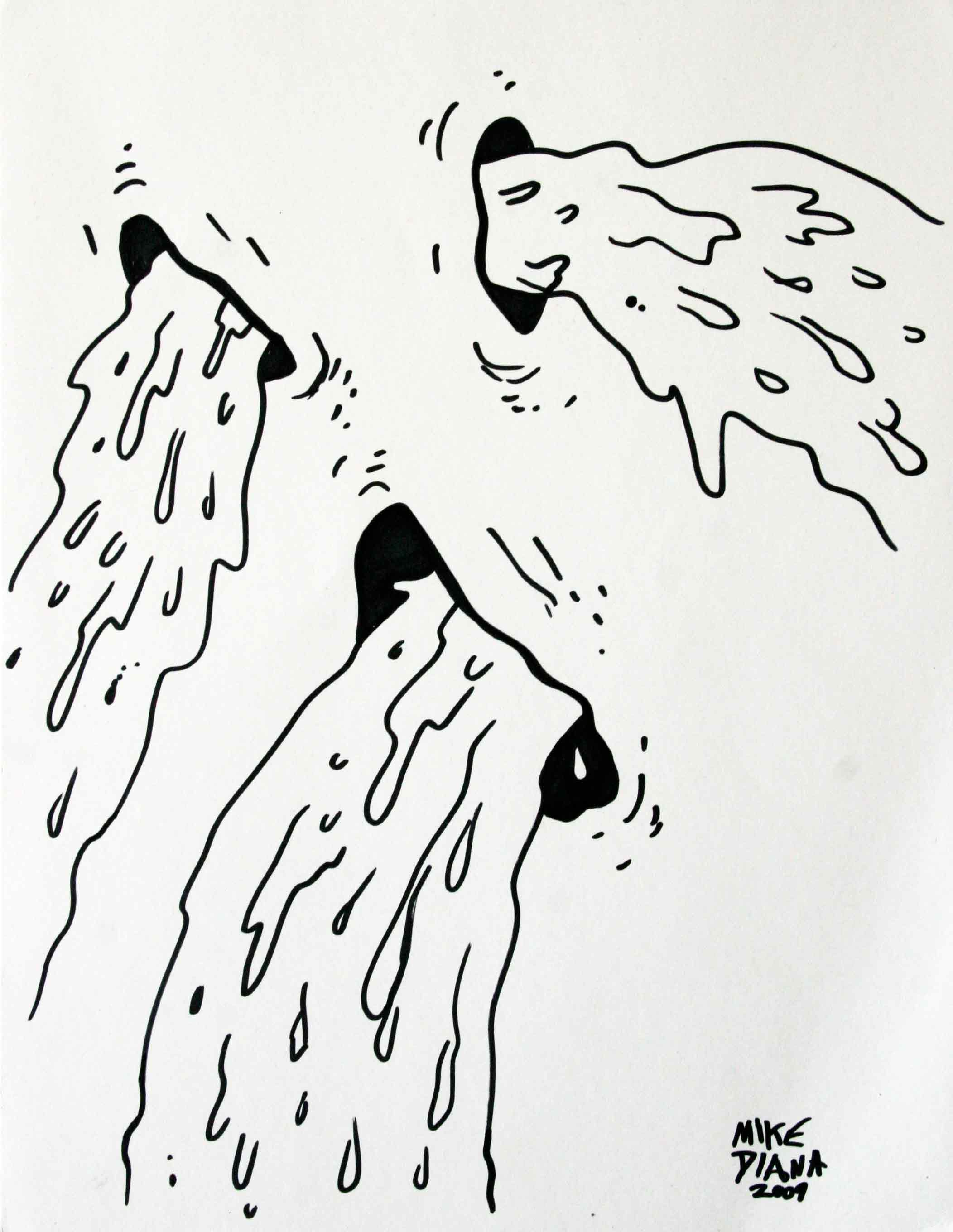 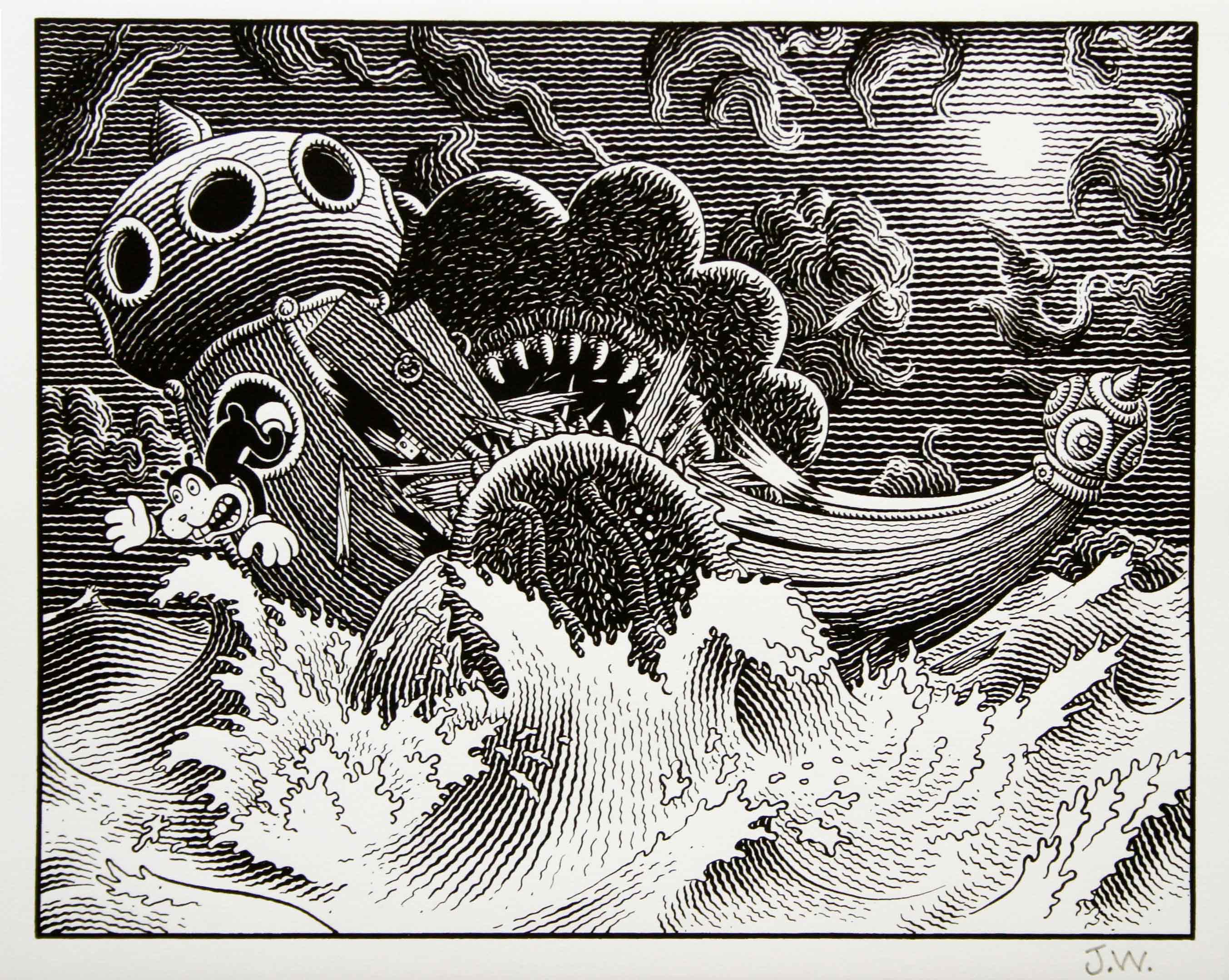 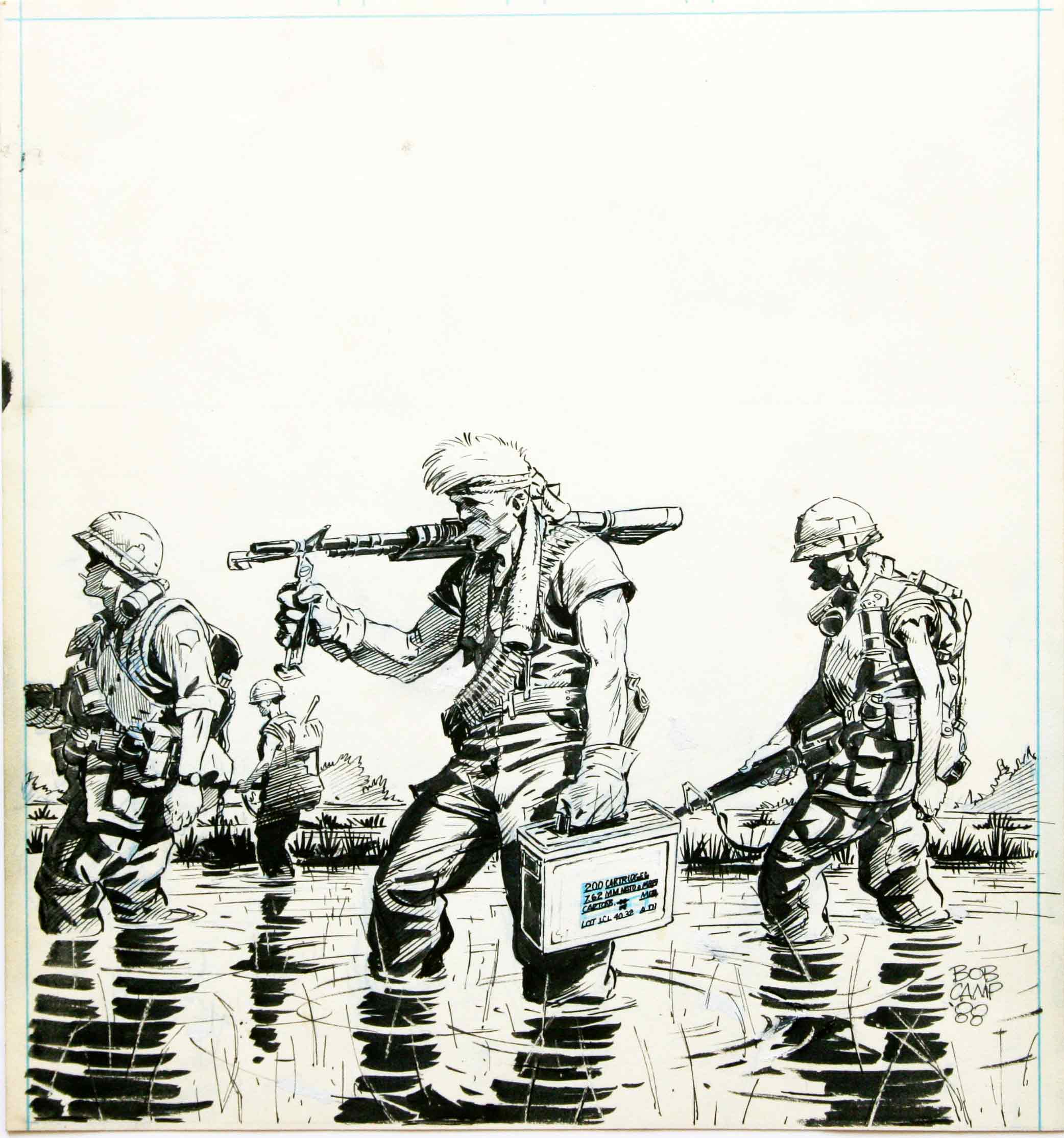 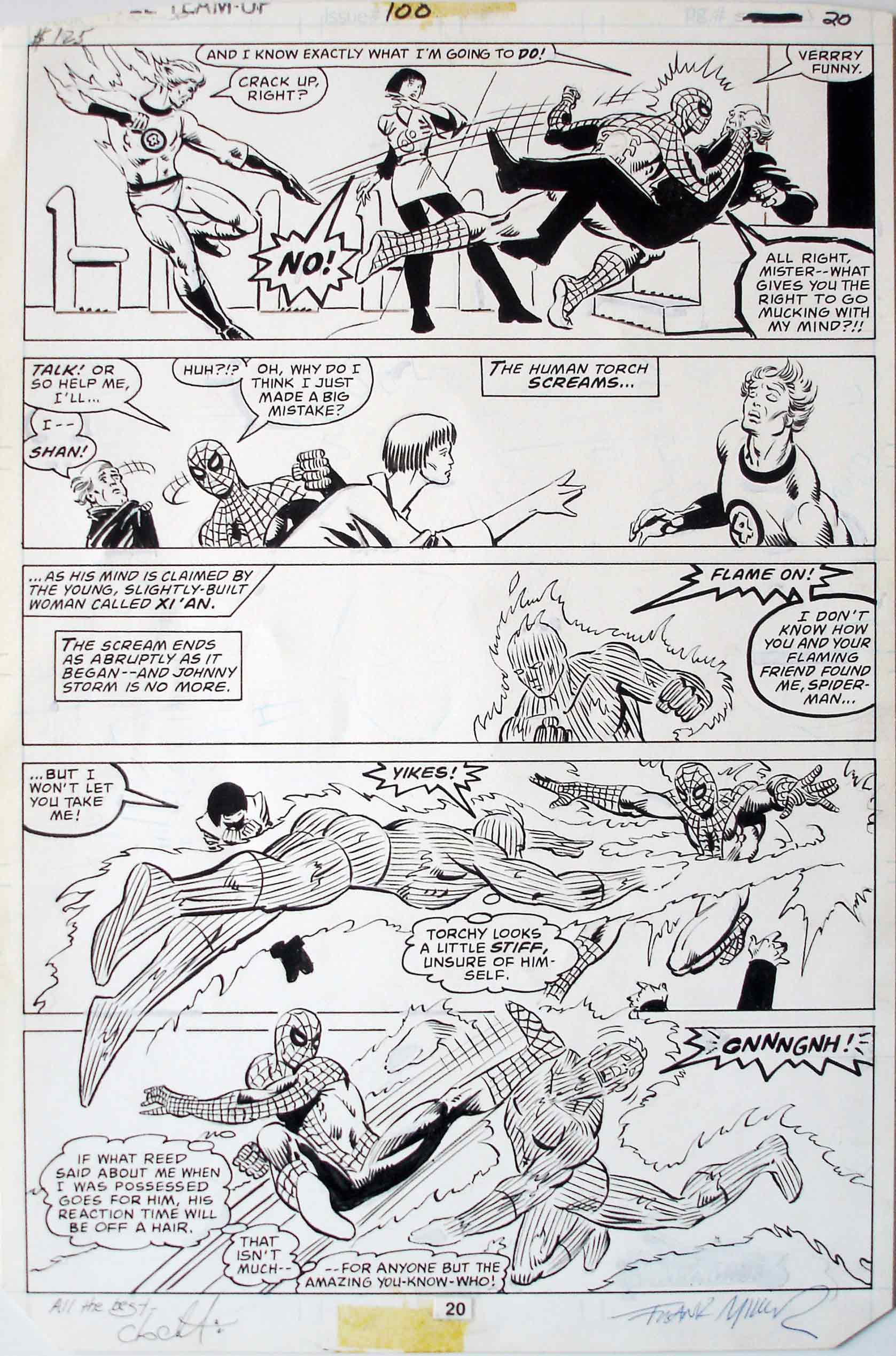 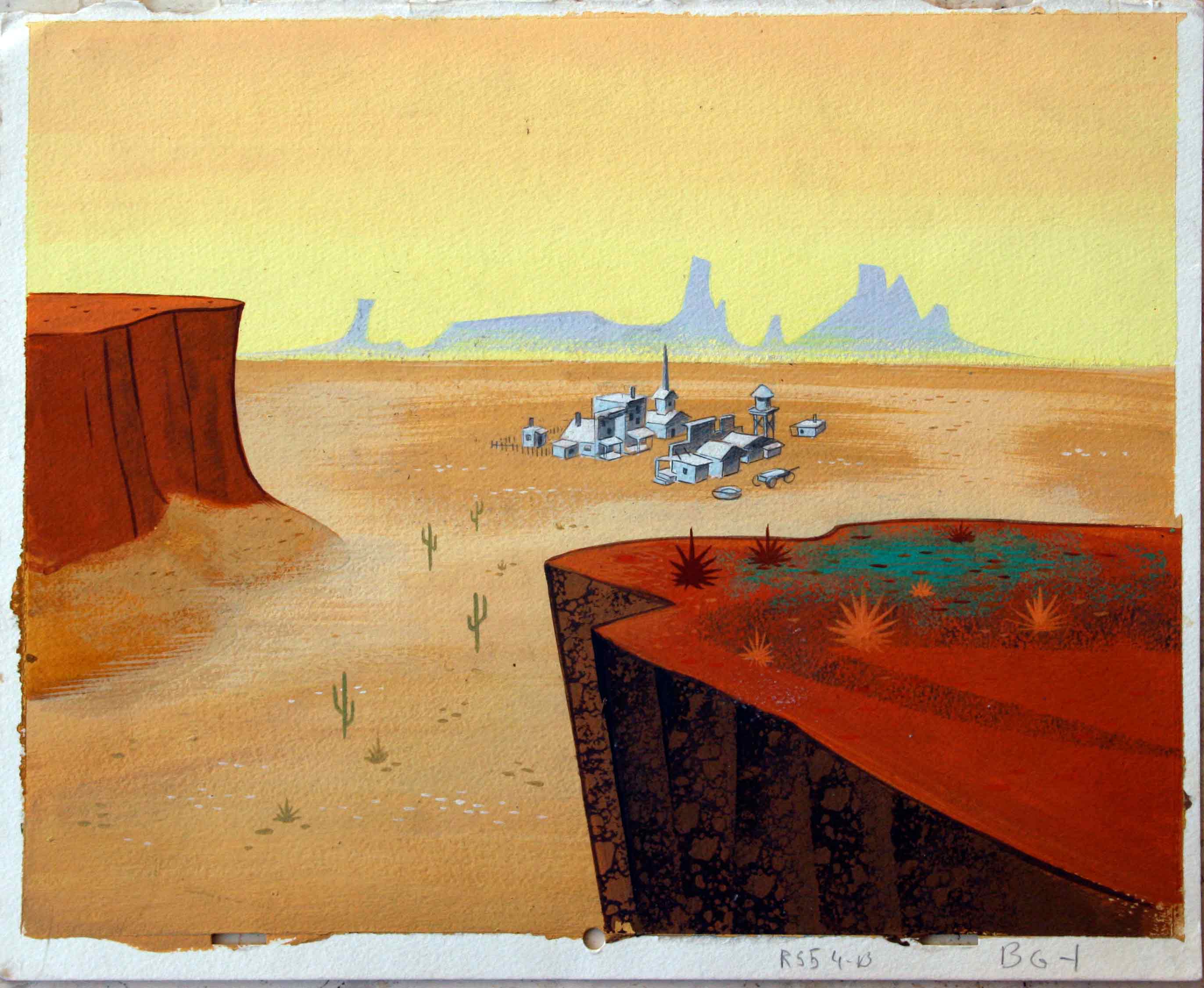 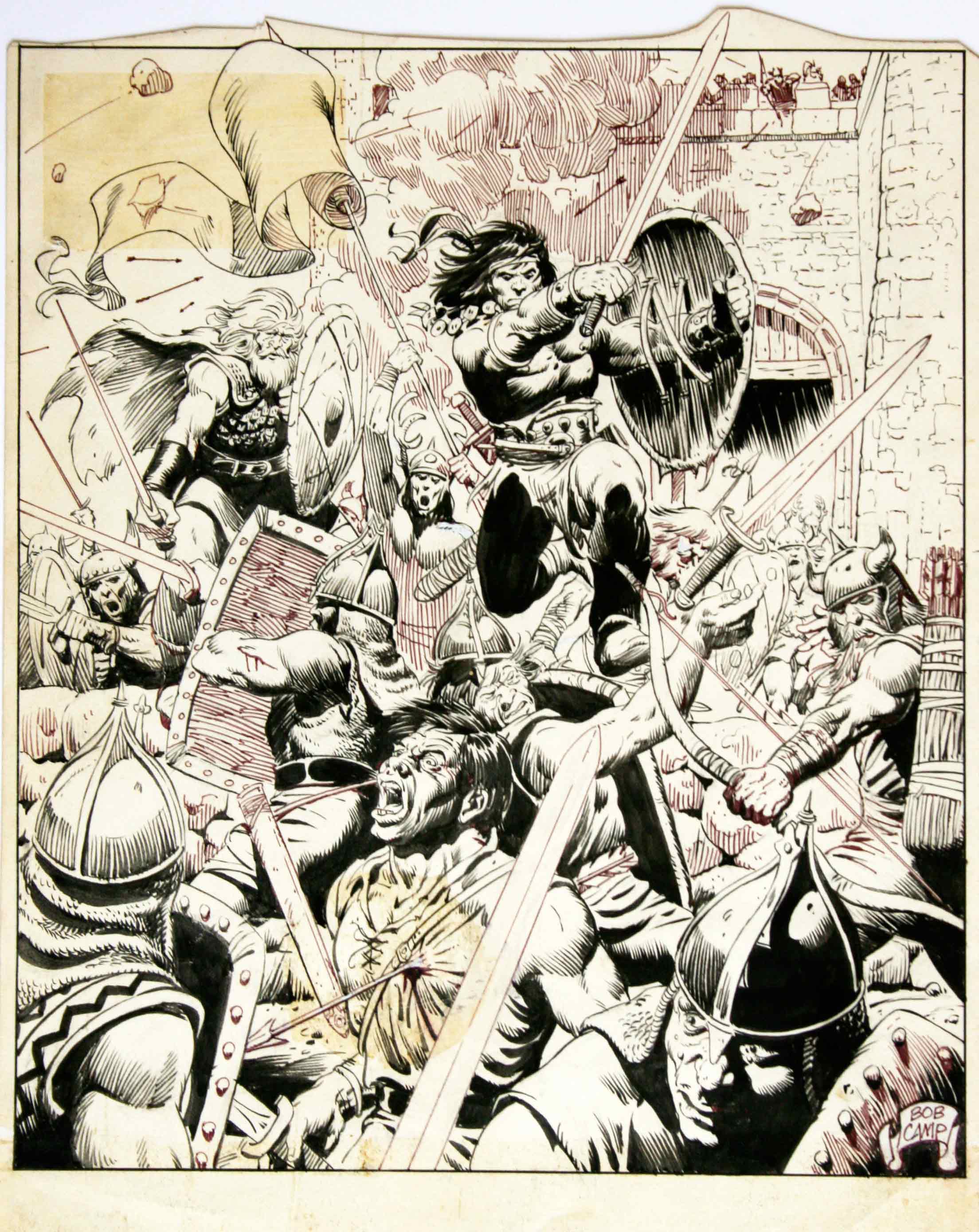 BOB CAMP conan the barbarian, 80 is 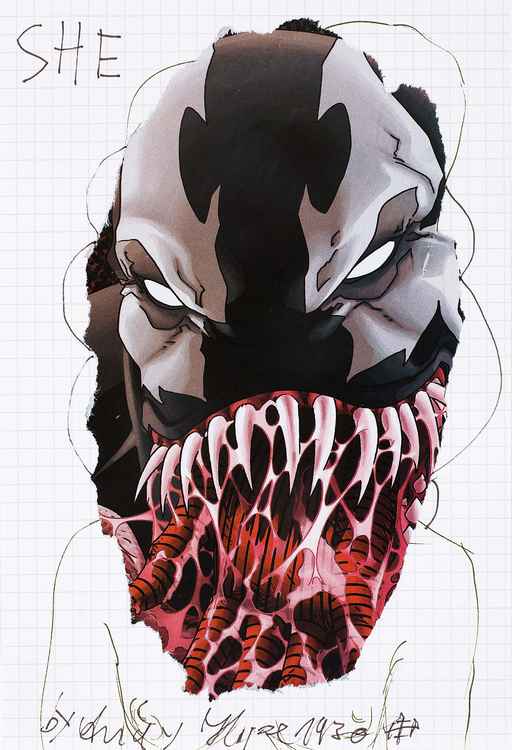