The exhibition ‘maps & orientations part 2’ is set off by the event with an anti aircraft search light vehicle that took place December 19th, 2012. The backdrop for this vehicle, a military vehicle from 1974, consists of the illumination of a special date, the 12th of December, 1974

At that day a satellite was shot into orbit. The noteworthiness: It was the first news satellite of Europe and the result of a historical collaboration named ‚Symphony’ between Germany and France.

The works which the participating artists are showing in that particular context are on view at Münzsalon a historical place by its own means. Most of the artists produced new works however a few were selected by the artist from their own body of work.

The show is not a ‚curated’ show but an aperture into the work process of the artists.

of Empire: The Consummation of Empire,

2012
The serie Brume (Mist) by Saâdane Afif uses american road signs without out any indication of destination. They are remaining as a monochromatic canvas and belonging to this modern art history. Road signs have been order to a US company during the residency of the artist in NY. They are covered with the customary whitish grey or green holographic foil. This foil reflects light but does not dazzle the eye,  so that you feel as if you look into a foggy landscape when you stand in front of them. The dimensions and titles of the works are references to famous 19th Century American lanscape paintings of the Hudson River School,  that establishing this genre as a subject in American Art. Furthermore,  the first highway road in the United States was also built to let car drivers observe and enjoy the landscape.

The hand stitched tapestry work entitled ‘Straight Right Angle’, 2013 derives from a collage of geometrical patterns taken from vintage folding spaceships. These geometrical motifs are transferred, within stretched lines, on the grid structure of the bast weave, through the use of spray paint and woolen yarns.

The images of the Spacecrafts used in the making of the collage function as a metaphor of a vehicle being used while heading towards a destination, cross referenced to the use of lines in the textile work as a method of covering a distance within the making process.

The notion of the Straight Right Angle in this work is related to the cube of Rubik as an inhabited space. A house which is based on a vertical and horizontal platform of rotation . The central axes of a construction as such is a 4D cross, a spinning top, tracing the path of an Helicoid movement behind.

A ‘medley’ is commonly defined as a piece of music consisting of several harmonically adjusted melodies taken from a musician’s entire repertoire. Likewise for the ‘X-Medleys’, Hope re-visits different iconographic elements which have played a major role in his oeuvre, as well as masterpieces from art history.

With the ‘X-Medleys’, Hope takes one of his central themes – the manipulation of time – to a new level by intervening in his own artistic past.

He reverse-engineers his practice, paring it down to its most fundamental elements and, in doing so, he creates a lexicon of his oeuvre. As described by Antonia Lotz in Hope’s recent catalogue for the Kestnergesellschaft, ‘It is only possible to move forward through bringing to mind what has already happened, and with Hope this revision becomes a catalyst of his own advance’.

(excerpts from the press release from Hauser &Wirth, 2012)

Imposed by Mao in 1952, the character simplification program destroyed the formal relations of Chinese characters that were a basis for Chinese calligraphy, and eliminated nearly two thirds of characters from the dictionary. In this work from Jia’s series, The Chinese Version, the arrangement of the characters has no lexical or semantic relation. Instead, their relationship is entirely formal. At the same time, these works divest the simplified characters of the propagandistic role for which they were intended, and return to them a formal aesthetic.

Sometimes instability is a necessary evil, and you need it to have stability. Nothing feels certain these days, not least in Egypt, Tunisia, Spain or the United States of America, and conversations about the uprisings often mention the French Revolution,which required long years to usher in a new order.These revolts have rechanneled anger,humiliation,and indignation at political disenfranchisement, social exclusion and the absence of the proverbial loaf of bread into socially constructive and associative energy. The collapse of today’s governments and ideologies is bringing us to a necessary disorder. In these video colour drawings of national flags,that belong to countries that are now in a process of transformation, become black when colour is applied on the top paper.

Time and again people’s faces emerge from nowhere, but I do not remember their names, only vaguely know that they are somehow related to me.  Some names come to my brush unexpectedly, but after searching every corner of my memory, I have to admit that I no longer know who they are.  Some names I write slowly and with great care, and others I write hastily. Sometimes a name stands alone, while at other times a name can bring a series of other names to mind.

September 16, 2002, the Moon Festival.  For the first time, I used light to write the names of everybody related to me.  In the following nights, I did the same thing.  Writing always became more difficult later in the night, and also more evocative and sentimental, especially when I wrote the names of those who have died, who live at the other end of the world, or whom I might never meet again.

To make each of the names a star, I paste them into a star chart.  Some of them are distant and dim, while others are bright and flashing.  The number of people I know grows.  The star chart also expands, until the day I can no longer move the flashlight in my hand.  I know from astronomy that even a fixed star has a limited lifetime – it will disappear one day and become a black hole.  My sky is the same.  Calmly and with resignation, I have to accept this reality. 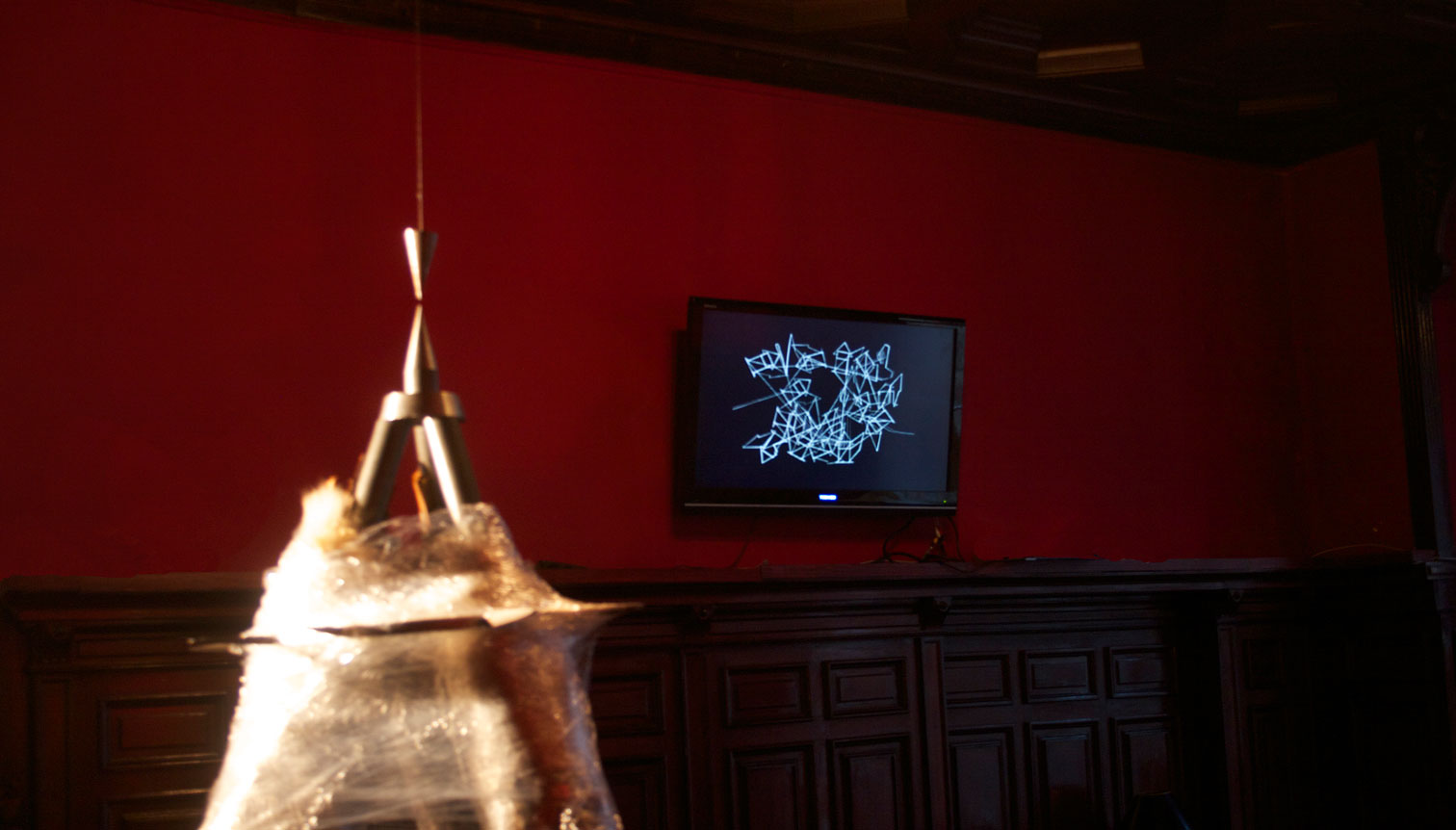 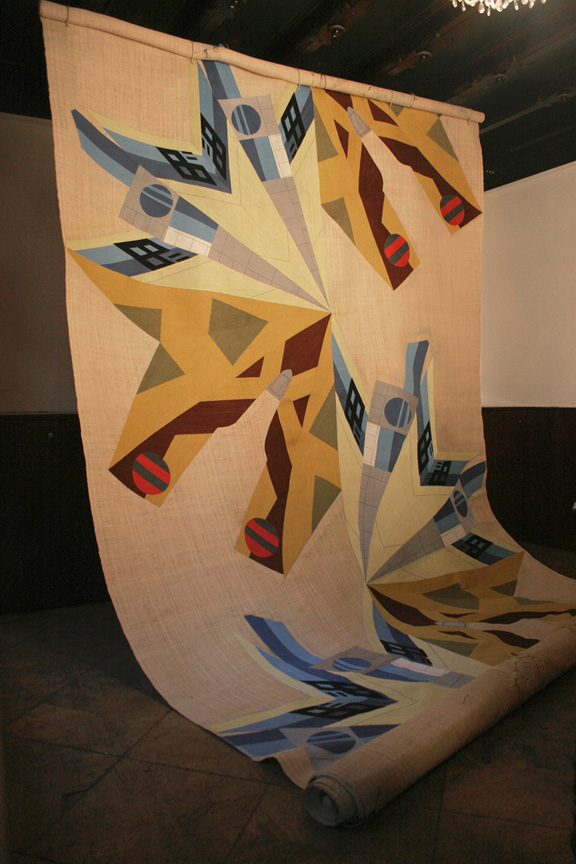 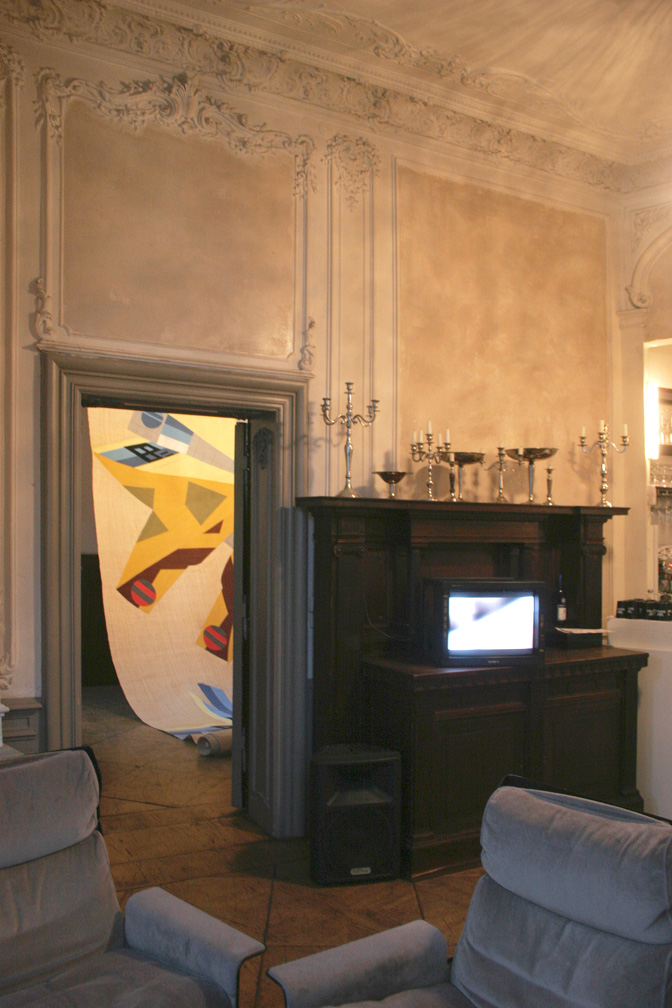 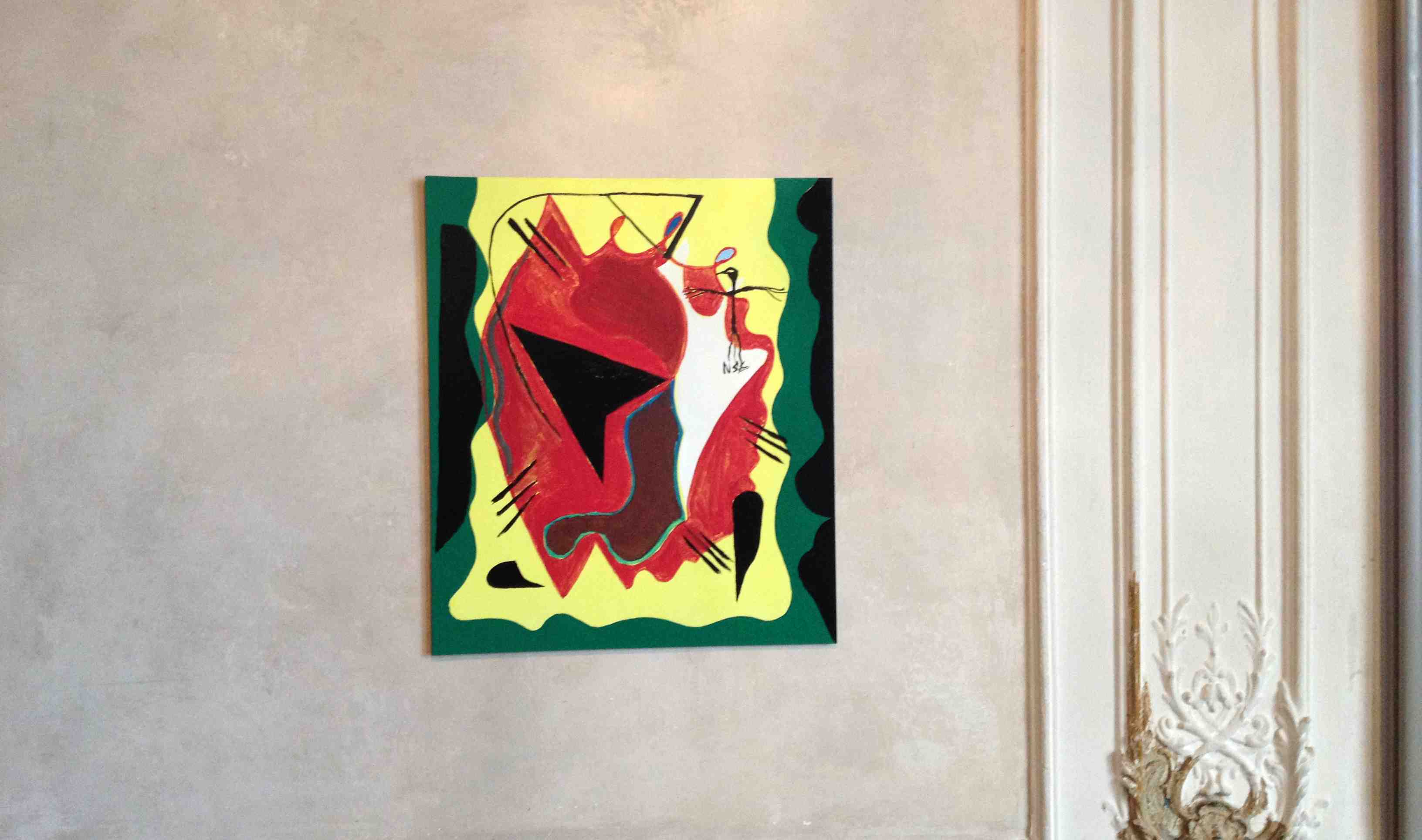 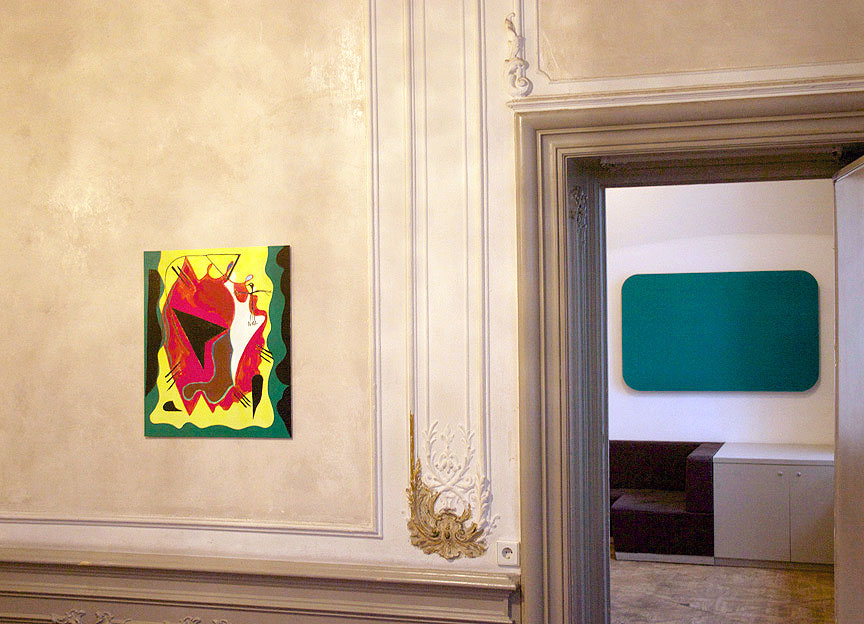 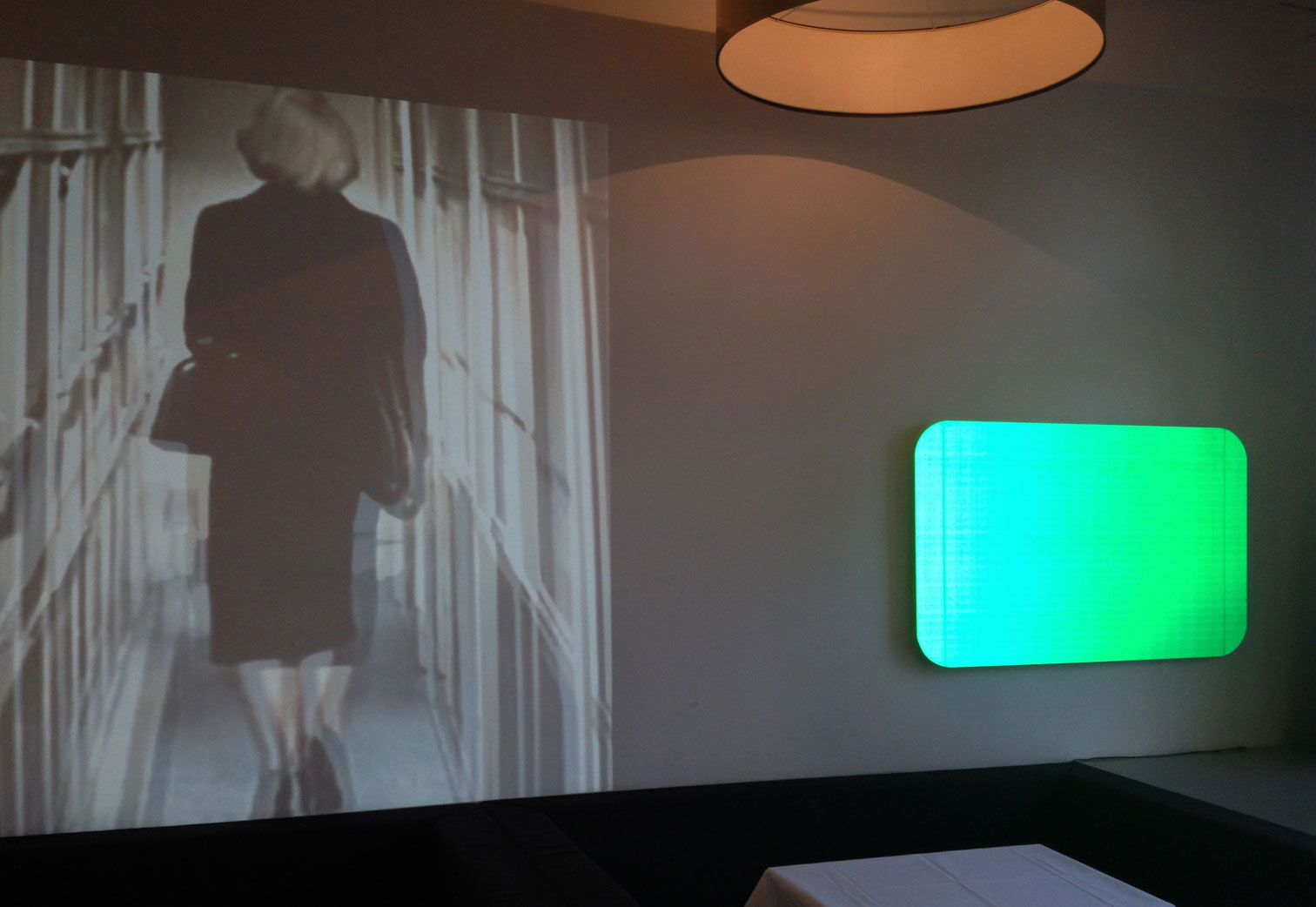 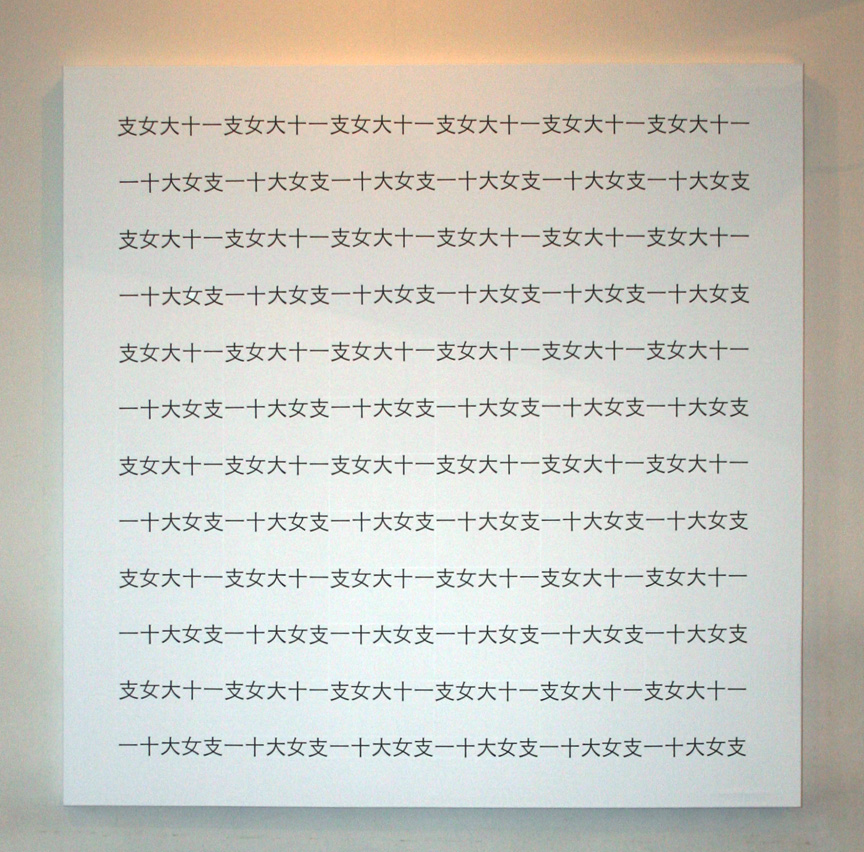 Jia 嘉 Untitled (from the series The Chinese Version), 2012 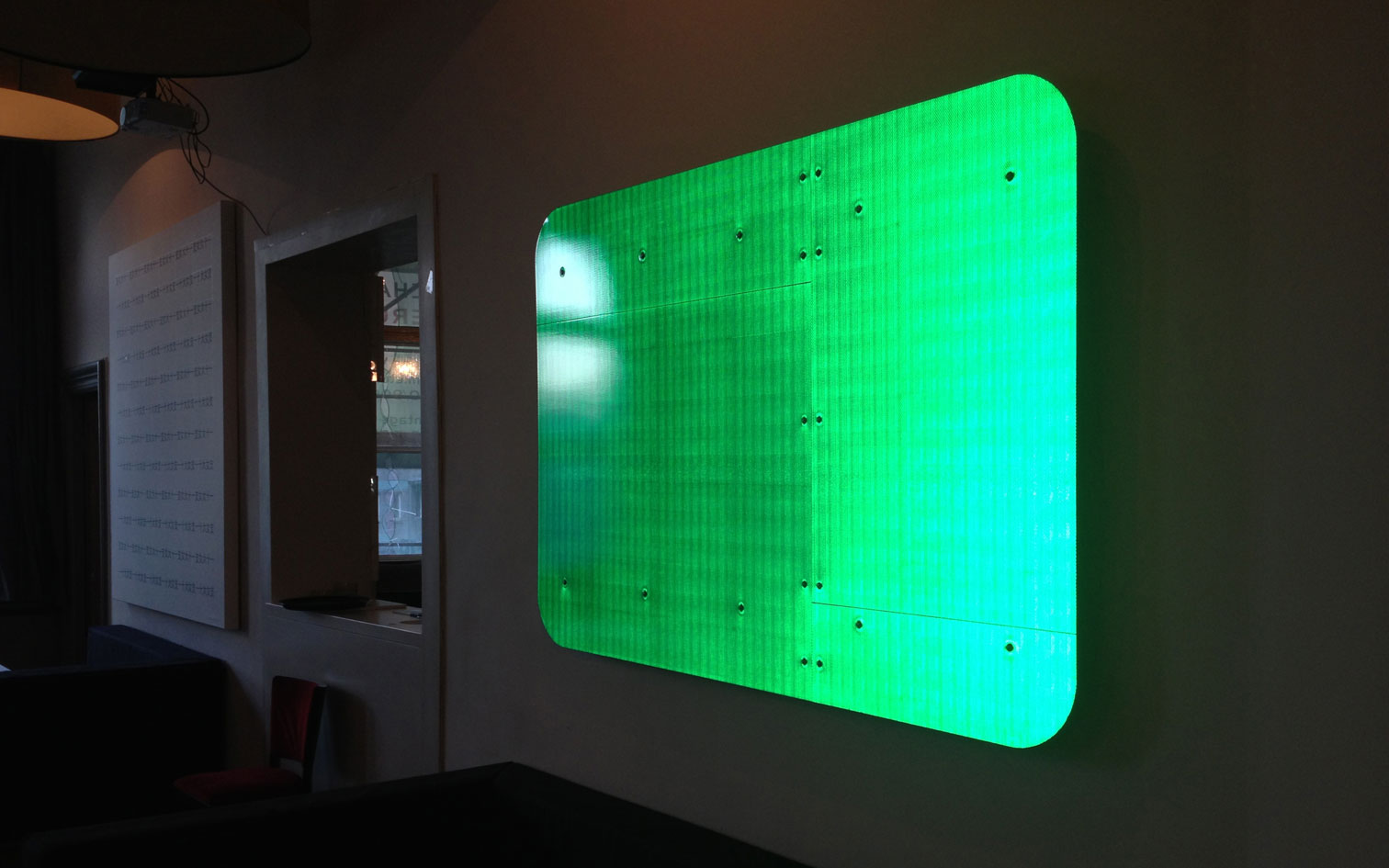 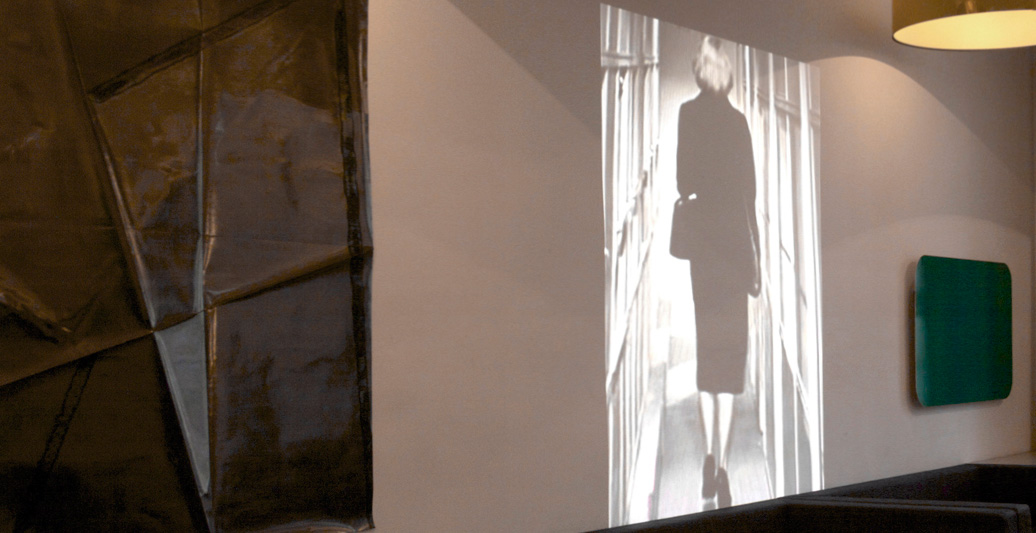 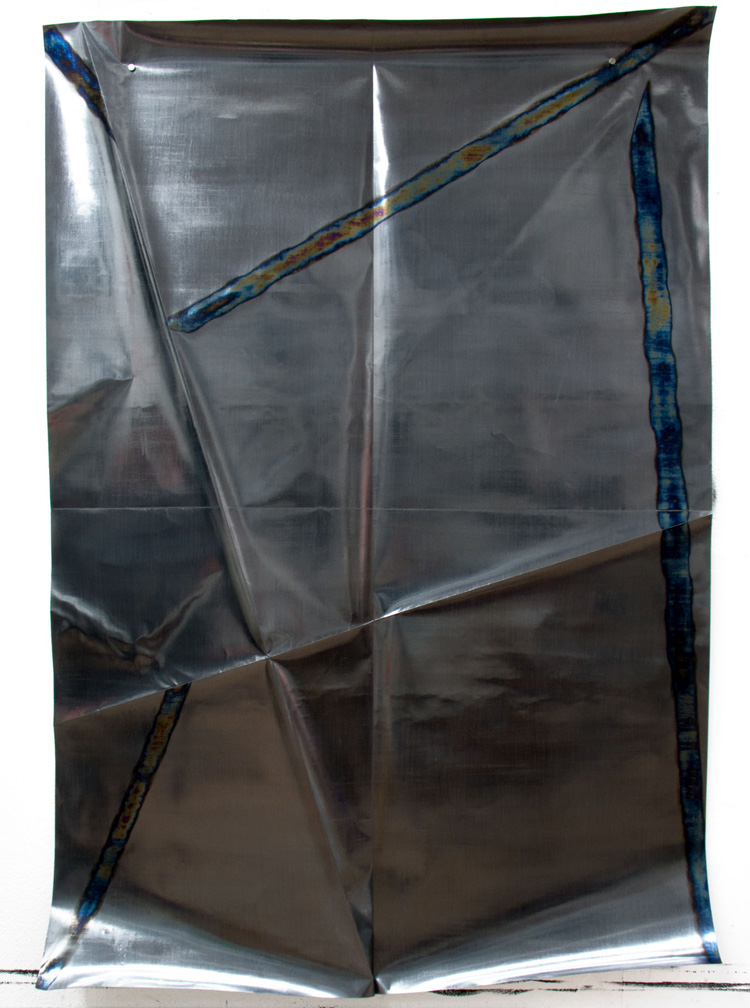 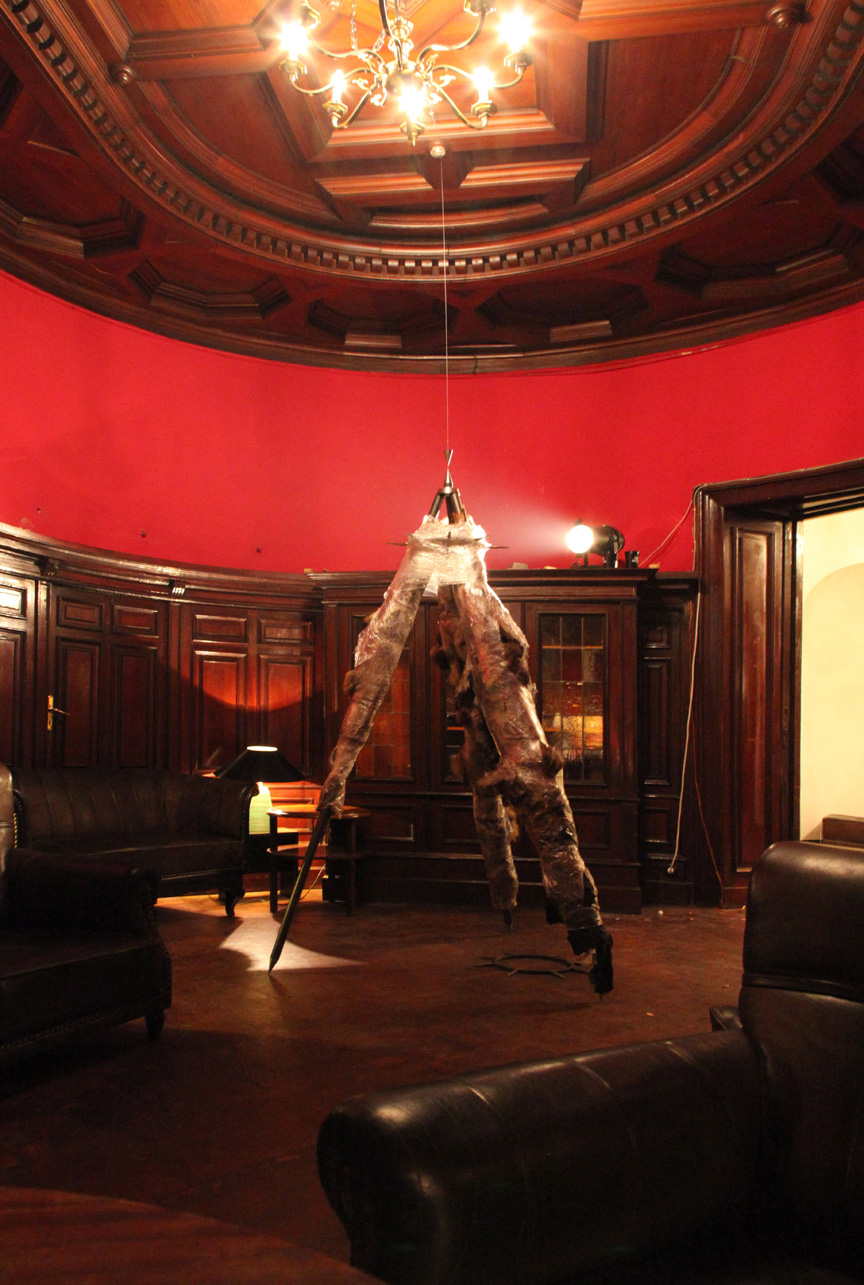 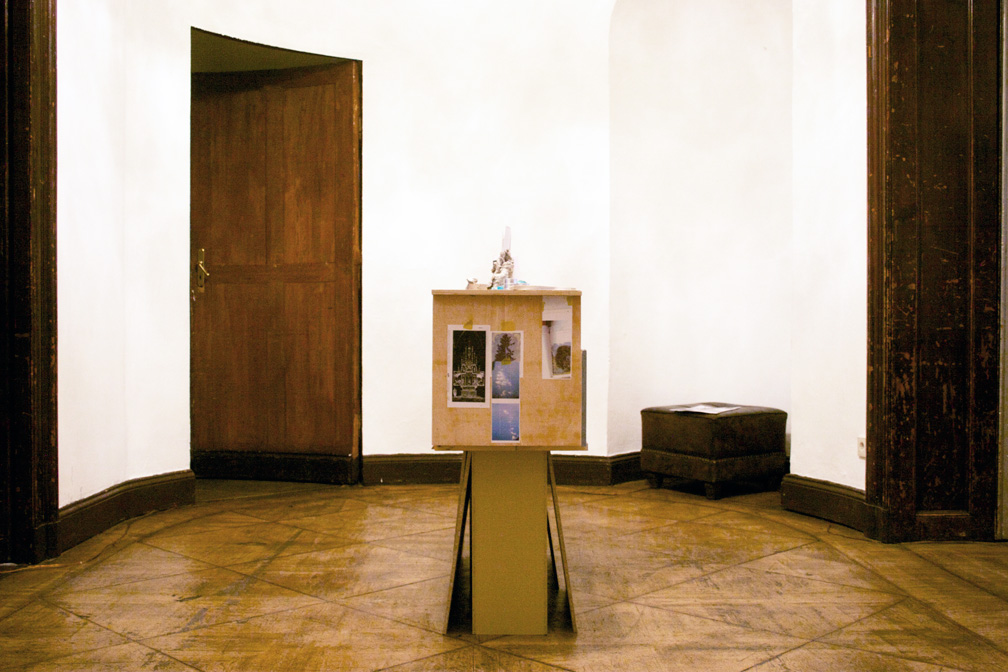 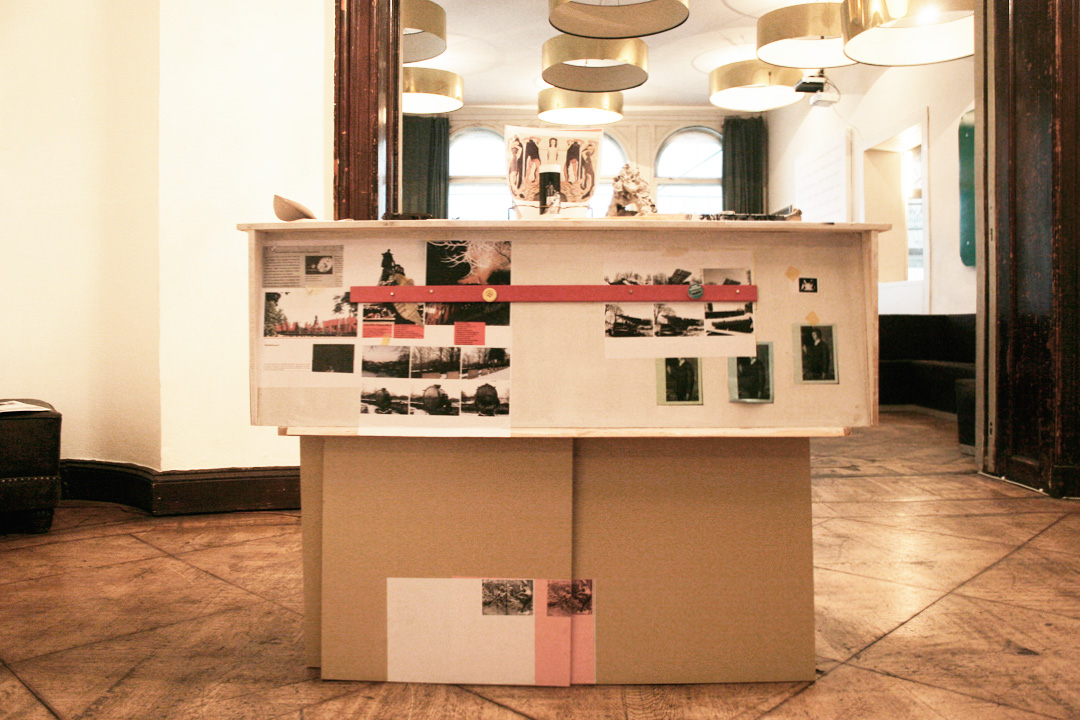 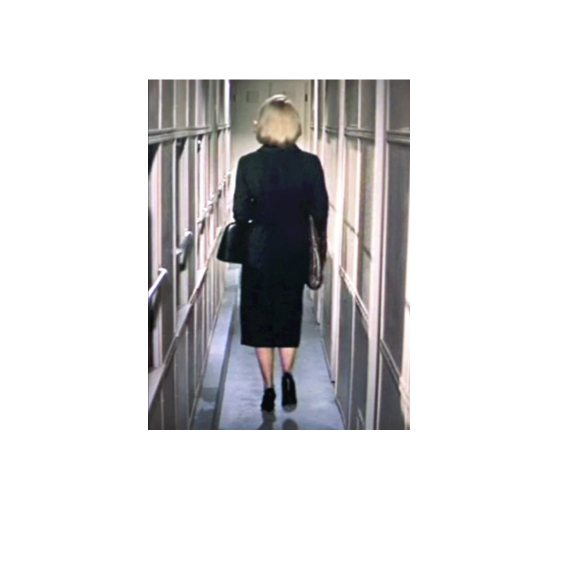 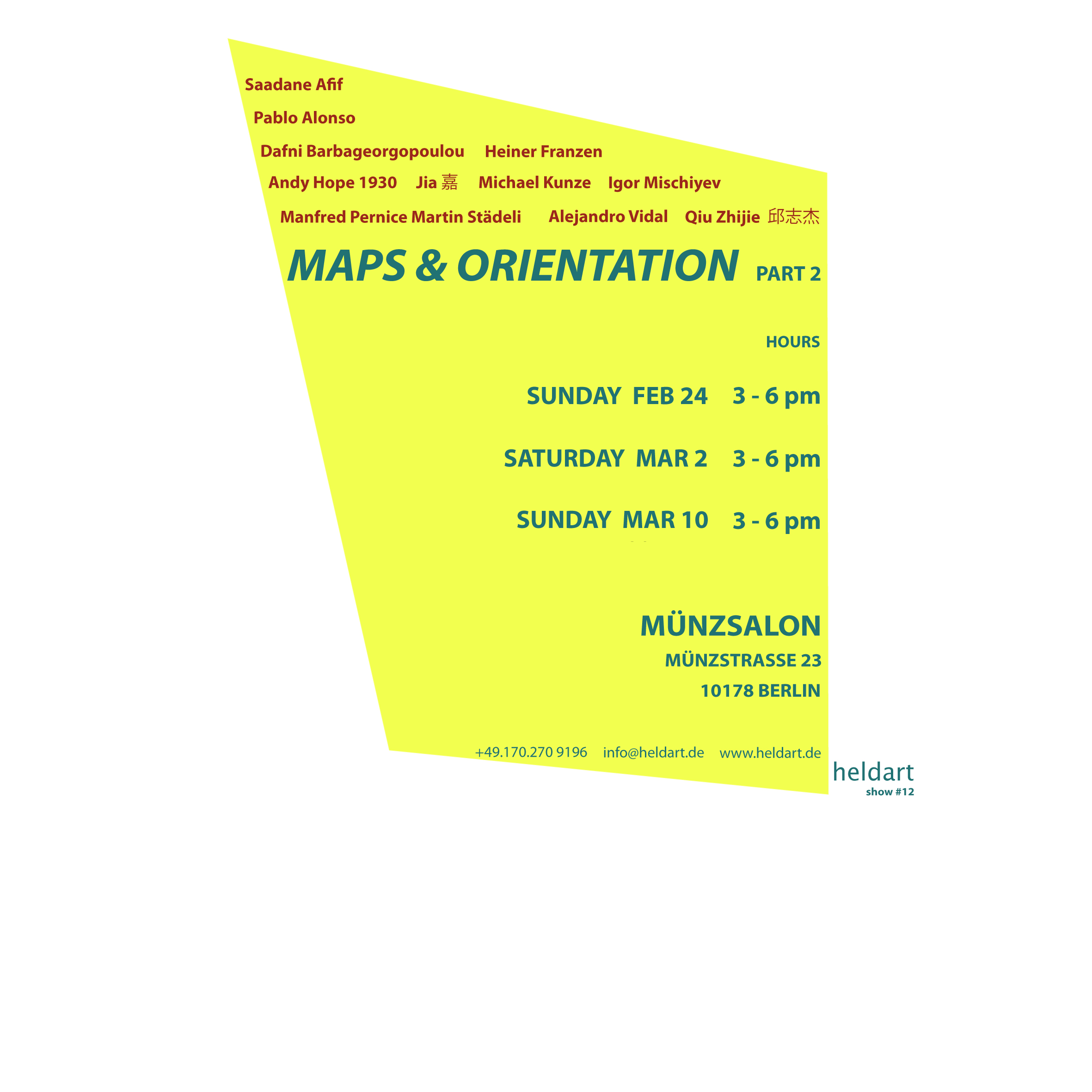