The show reveals two statues that were exhibited in last order, June 2012:

Saadane Afif Evidence , 2012  (edition of 20,  one lance / two 7.62mm rounds) A lance is plunged into the wall and two rounds are mounted in the ceiling. The bullets – modelled after the 7,62 mm Mosin-Nagant or Mosin M 1891/30 rounds that were used in Russian infantry rifles from the 1930s, here are resized in order to correspond to the dimensions of the equestrian sculpture (Omar Mukhtar). In both size and appearance the lance is a copy of that of the equestrian sculpture by Fritz Klimsch.

John Bock Untitled,  2012 (one book) An animal is murdered with the book while it is open to a random page. The book is then placed on a table.

Heiner Franzen Bliev wech van mien Gerechtigkeit, 2012  (videoloop) The horse shown in the video loop originates from Tarkovsky’s  Andrei Rublev. “Bliev wech van mien Gerechtigkeit” is a dialect expression that is still spoken in a small region of North-East Germany (I grew up with it). My grandfather shouted the sentence while chasing away uninvited guests from his property that he named his Gerechtigkeit (equity) (Stay away from my equity…) He would do this with a loaded gun. These surroundings of  my childhood have been particular in many ways.

Robert Hawkins Untitled , 1995 – 2011 (two jackets) The coats were painted and worn from 1995 until 2011. Lincoln’s face has changed expression several times, from stern, to frightened, to angry, to insane. Like a good Spanish fresco, Mother Teresa has been restored many times. The piece is not about love or appreciation of these people, it is in fact about painting an instantly recognizable iconic portrait. The coats are too worn to wear anymore, and have become art objects.

Arturo Herrera Schloss , 2009 (edition of seven prints) The original images of the cakes were taken from the book MODEKO (recipes and instructions, Modern Decoration Art of Pastry Shops, 1927) The book treats the many ways of decorating cakes for special orders and occasions.

Michael Kunze Letzter Auftrag Ekeldamm, 2012 (oil on canvas) After the last great art commission of the dictator, this painting reveals only the resurgence of light at the site of the the exhibition where, previously, the equestrian statues had blocked the light.

Nikolaus List Das Abkommen II, 2012 (plaster, plastic, mixed media) In past centuries, the horse was as much of a symbol of energy, drive, military power, and prestige as in our time the jellyfish and the African warthog represent key trades: The jelly fish floats weightless and, as if in trance, simulates the ethereality of the physical; the ultimate fiction of reality. The African warthog knows only the drama of direct physical confrontation. Both advertise and compete with their corresponding ideas on the pedestal of virtue –  while moving at high speed.

Kerstin Schröder Virago, 2012 (1:1 scale bronze cast of an ancient horse collar) Originally the collar was used in order to maximize our exploitation of an animal’s strength. The brace now with its new casing made from bronze, rests with all its weight against a wall. The sculpture shifts the paradigm of the human versus creature relationship to the male and female relationship; a condition reinforced by its formal resemblance to a vagina. It also might serve as a formal metonym of birth since it also resembles something that has been coiled around a head.

Manfred Pernice Martin Städeli RINO 14 ( ), 2012 The basis for the new work RINO 14 ( ) currently at heldart was an exhibition at the gallery Mai 36, Zurich (Nov, 2011 – Jan, 2012) Mai 36 press release excerpt: Marino Marini (M) and the Marino Marini Museum are the original impetus; as the point of departure they become the symbol for questions regarding figurative abstraction and, in fact, figuration or representation per se. M functions as a recollection of questions on representation, figuration and abstraction, which have supposedly long been surmounted, resolved and answered. M functions as a figure through which these questions repeatedly come into play. We “move around” freely in the context thus generated, that is, more or perhaps less interested, committed and detached. This leads to articulations that may be divergent, evaluative, exaggerated or resolutely argumentative. Repetition, iteration, stacking, falling, variation, horses and museum, art vs. craft, aggression as …, memory, deformation, … (text: Manfred Pernice, Martin Städeli) [/spoiler] 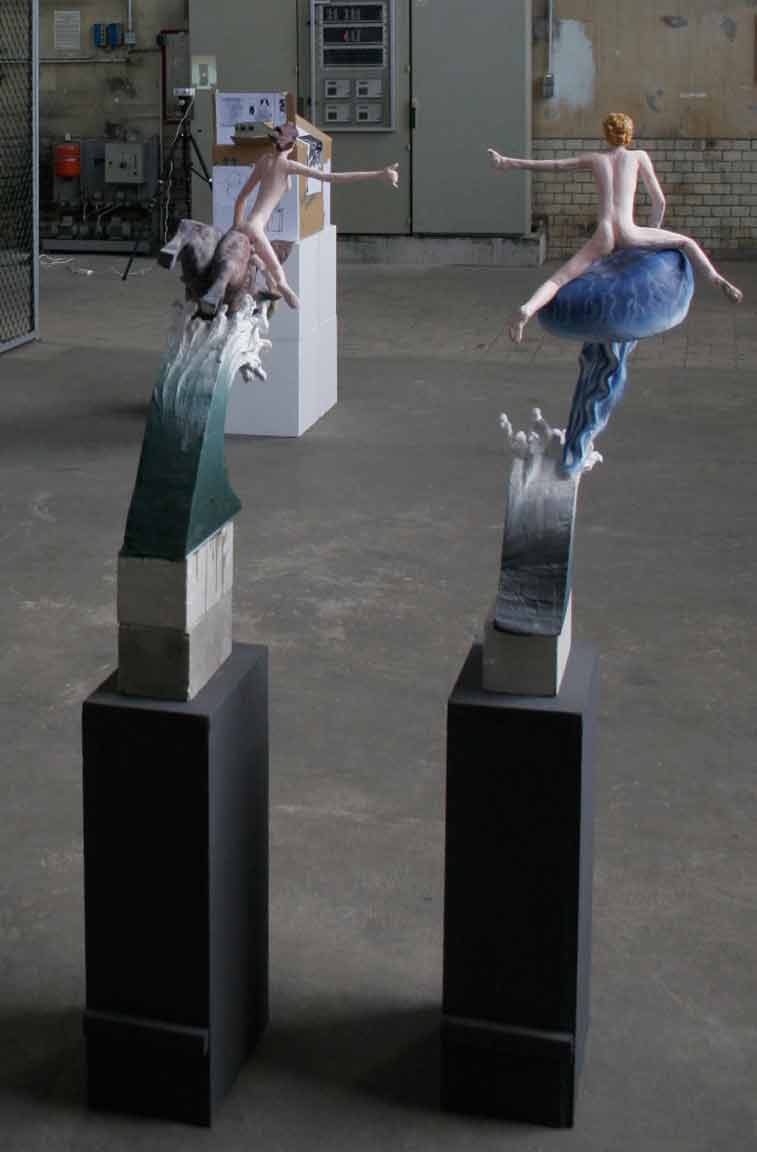 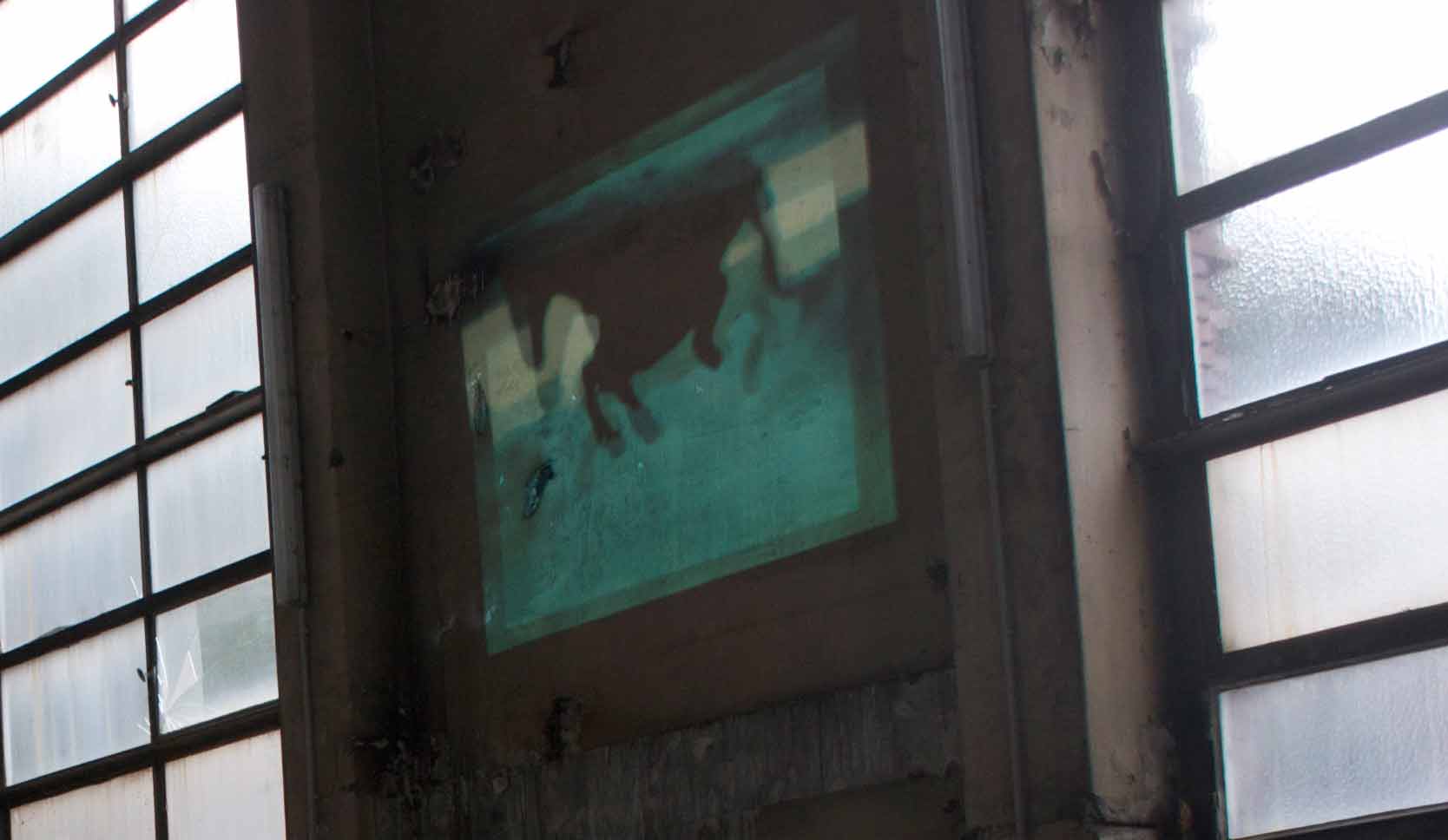 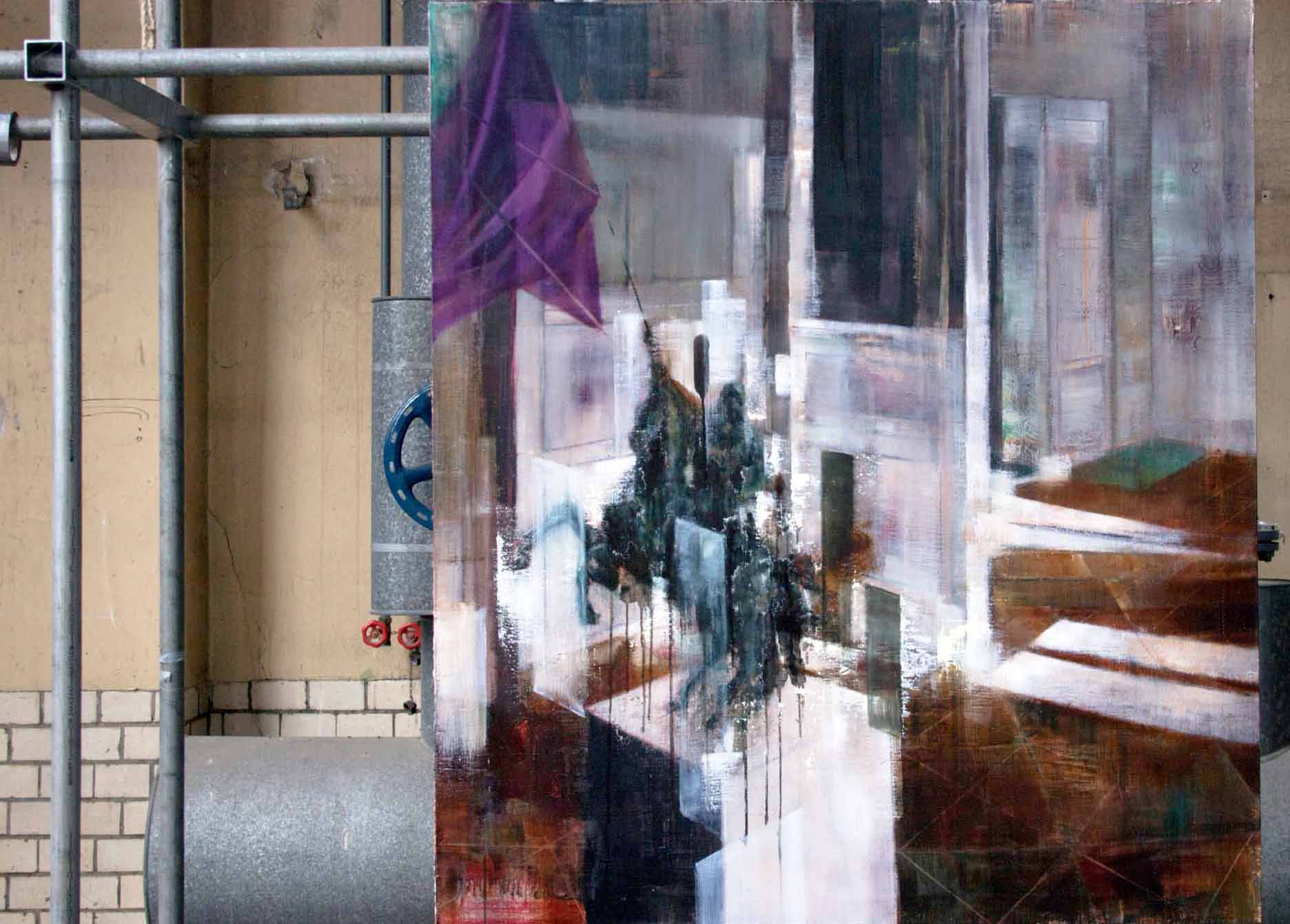 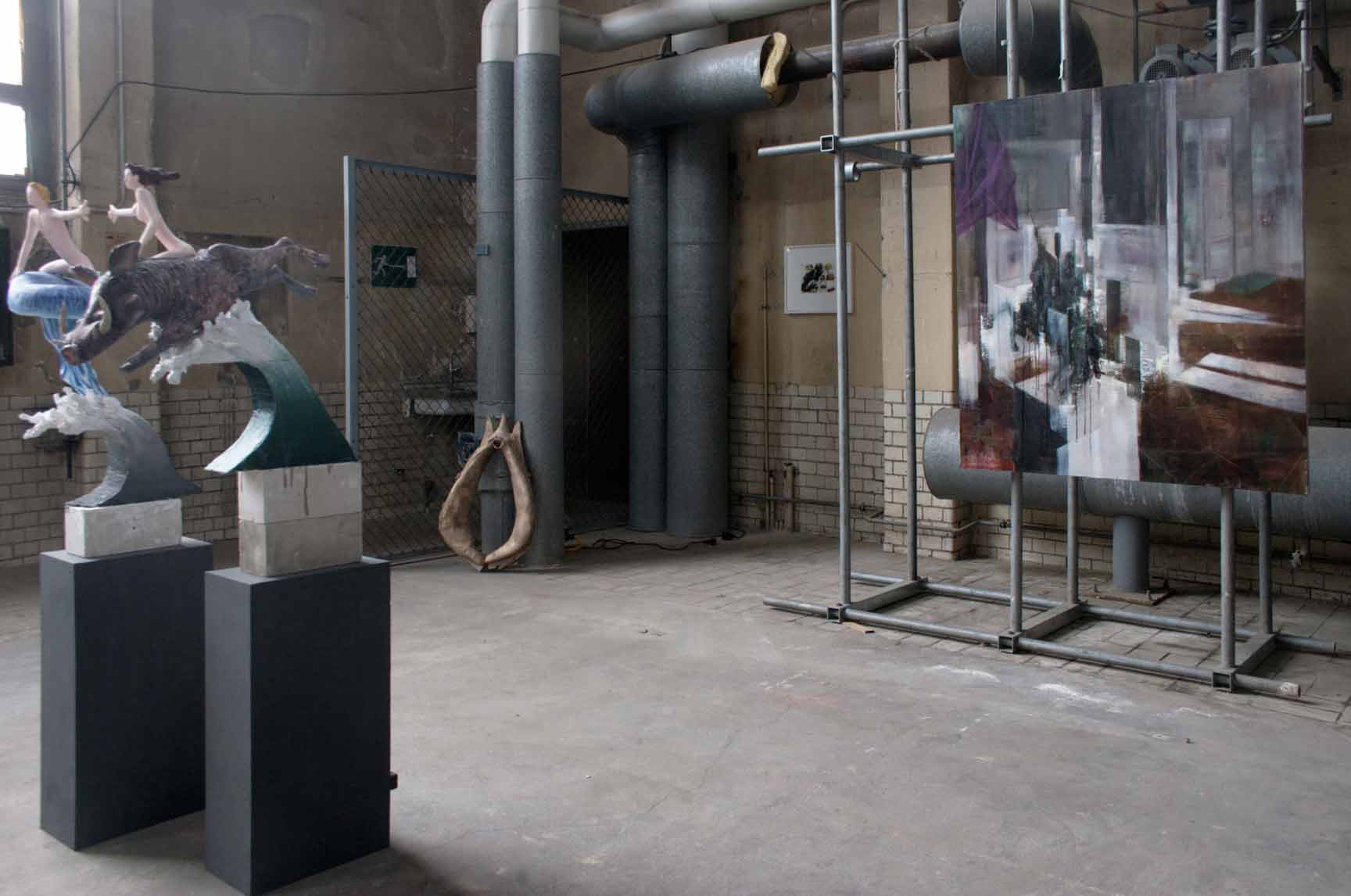 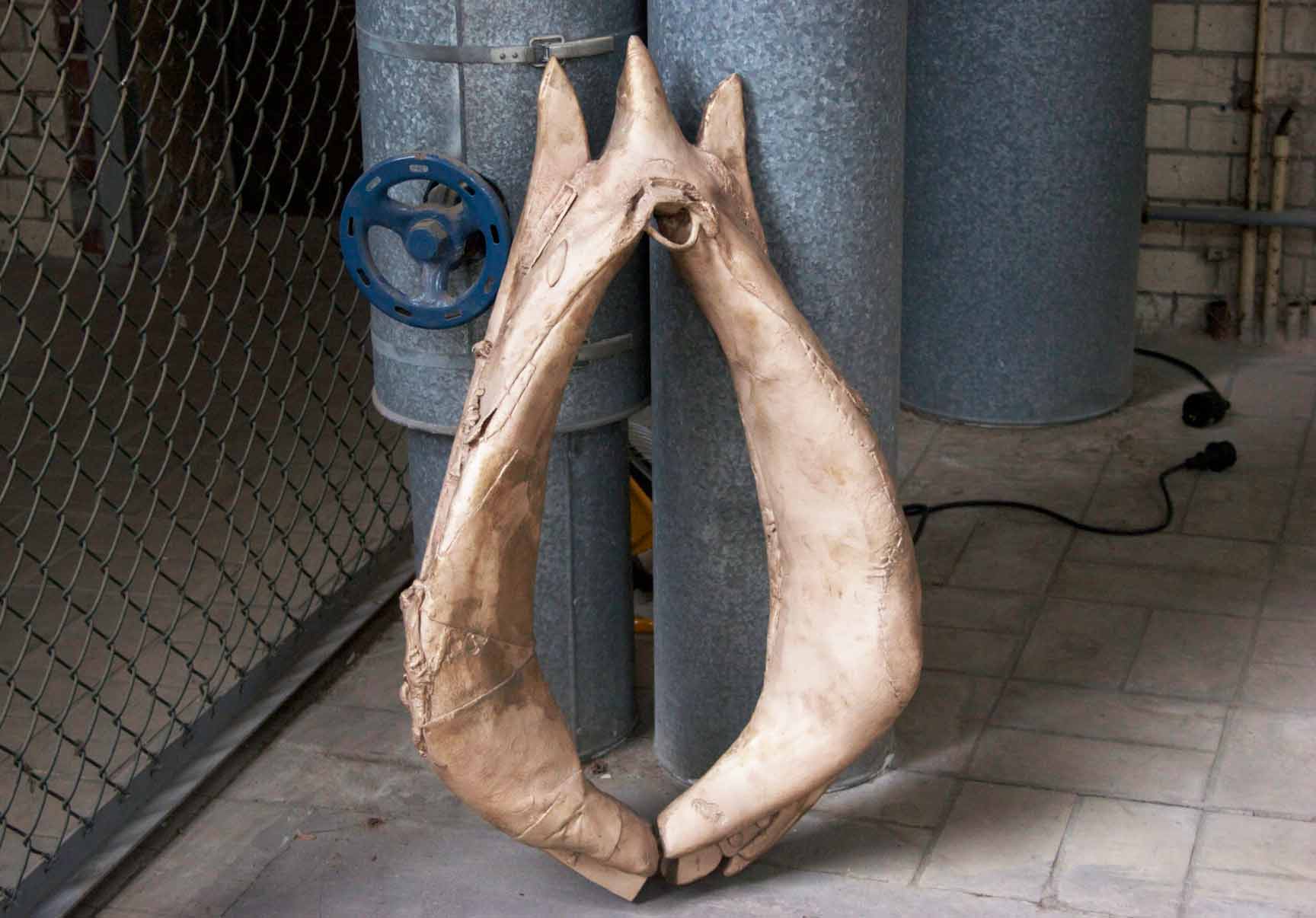 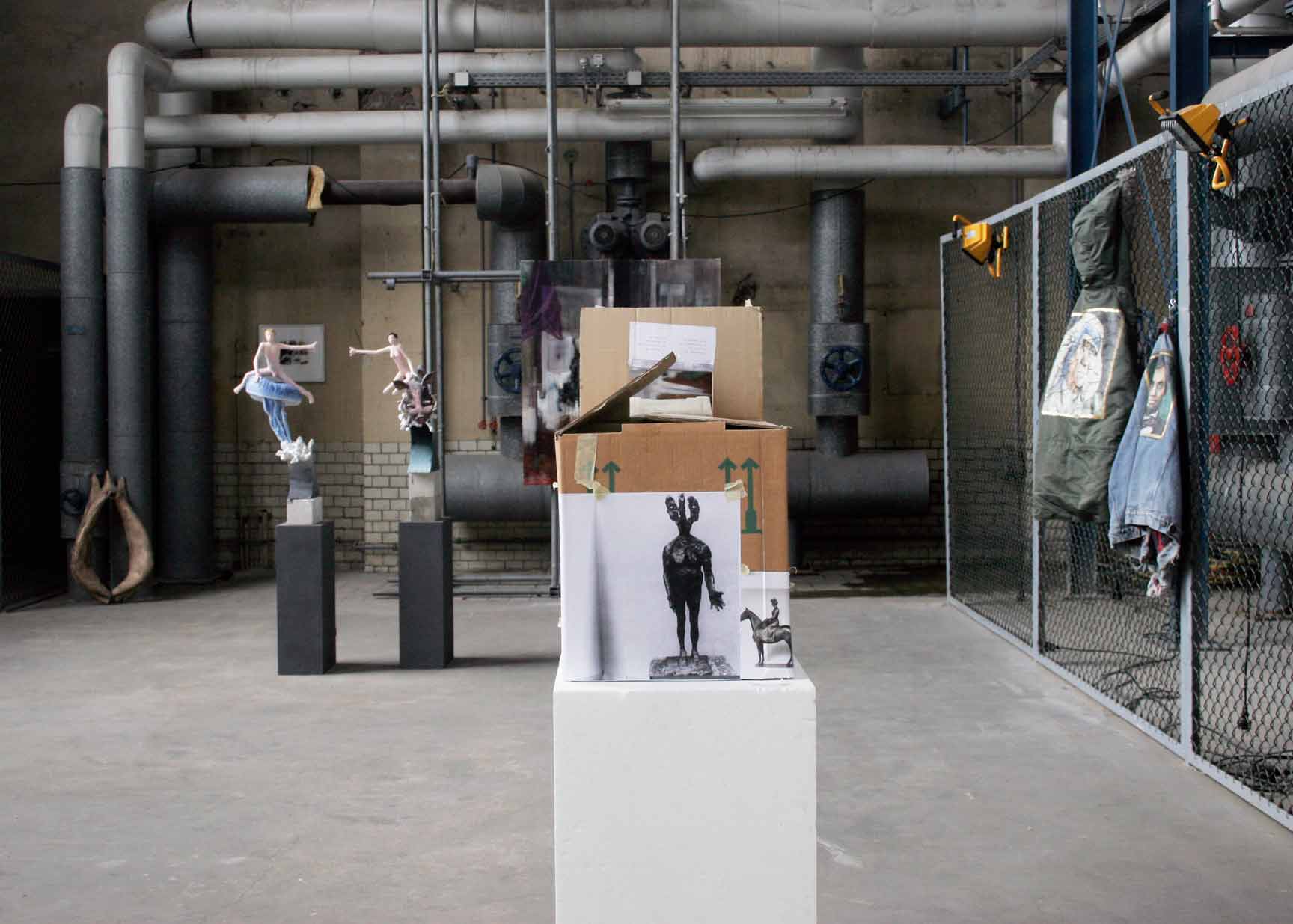 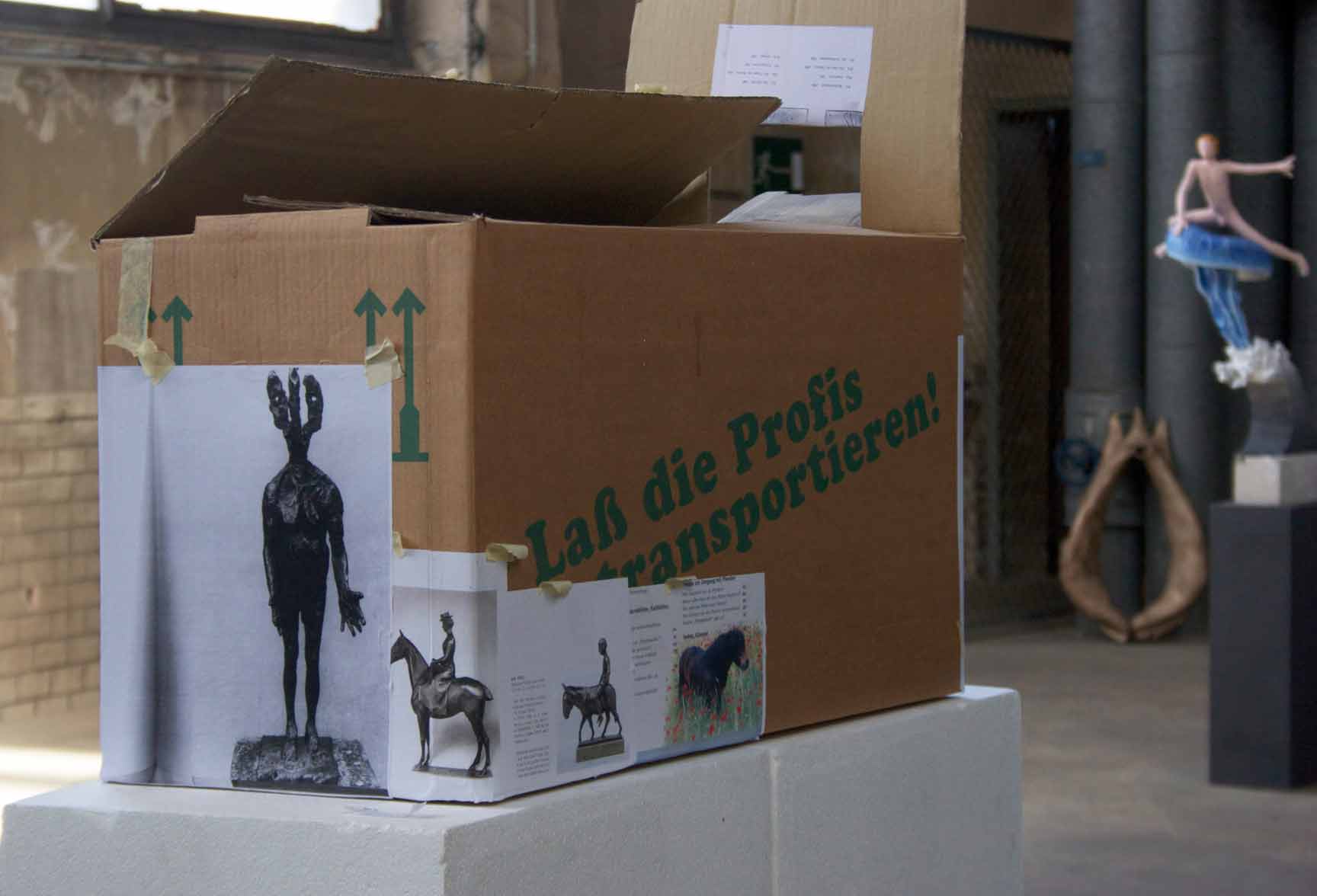 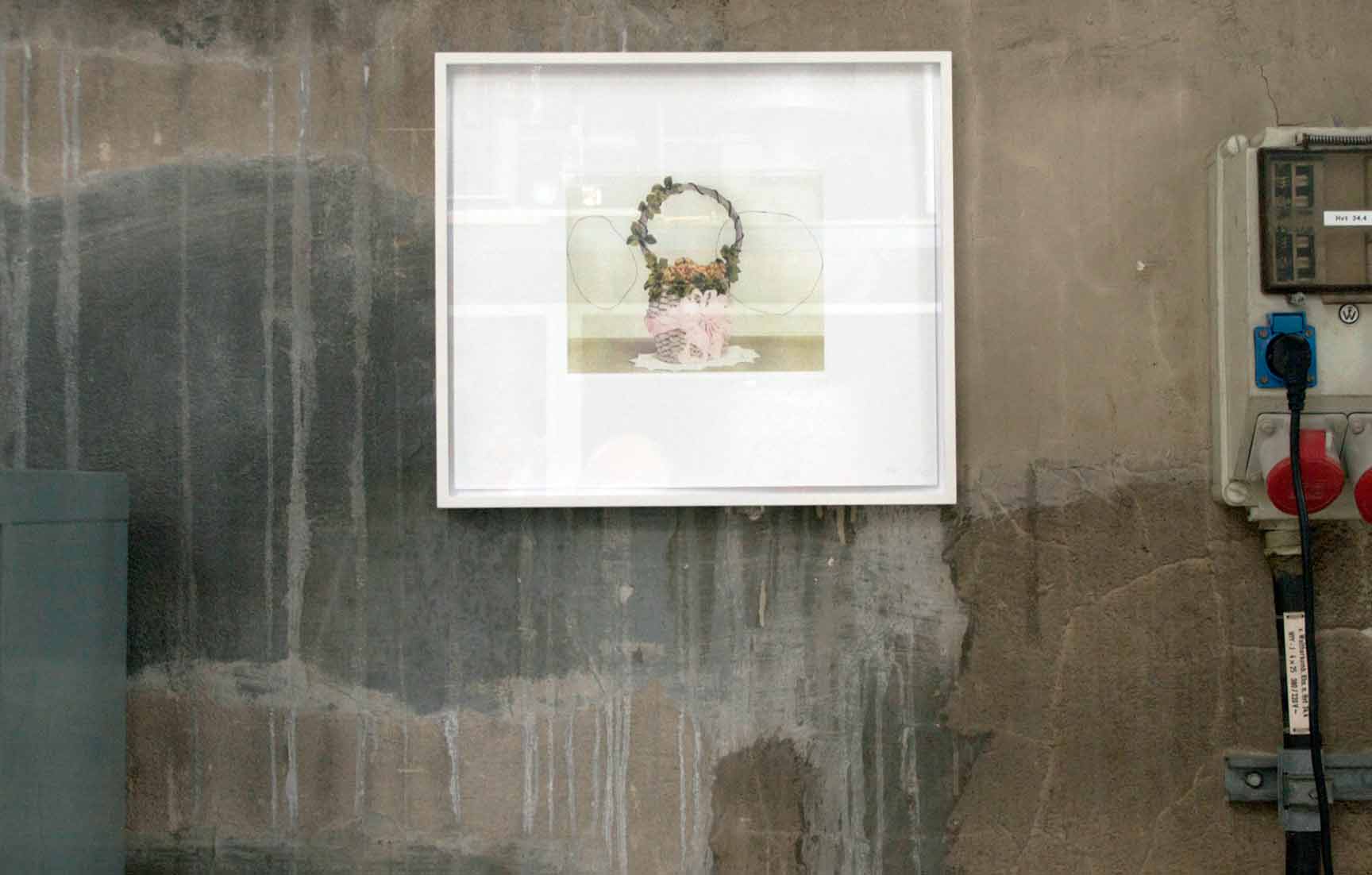 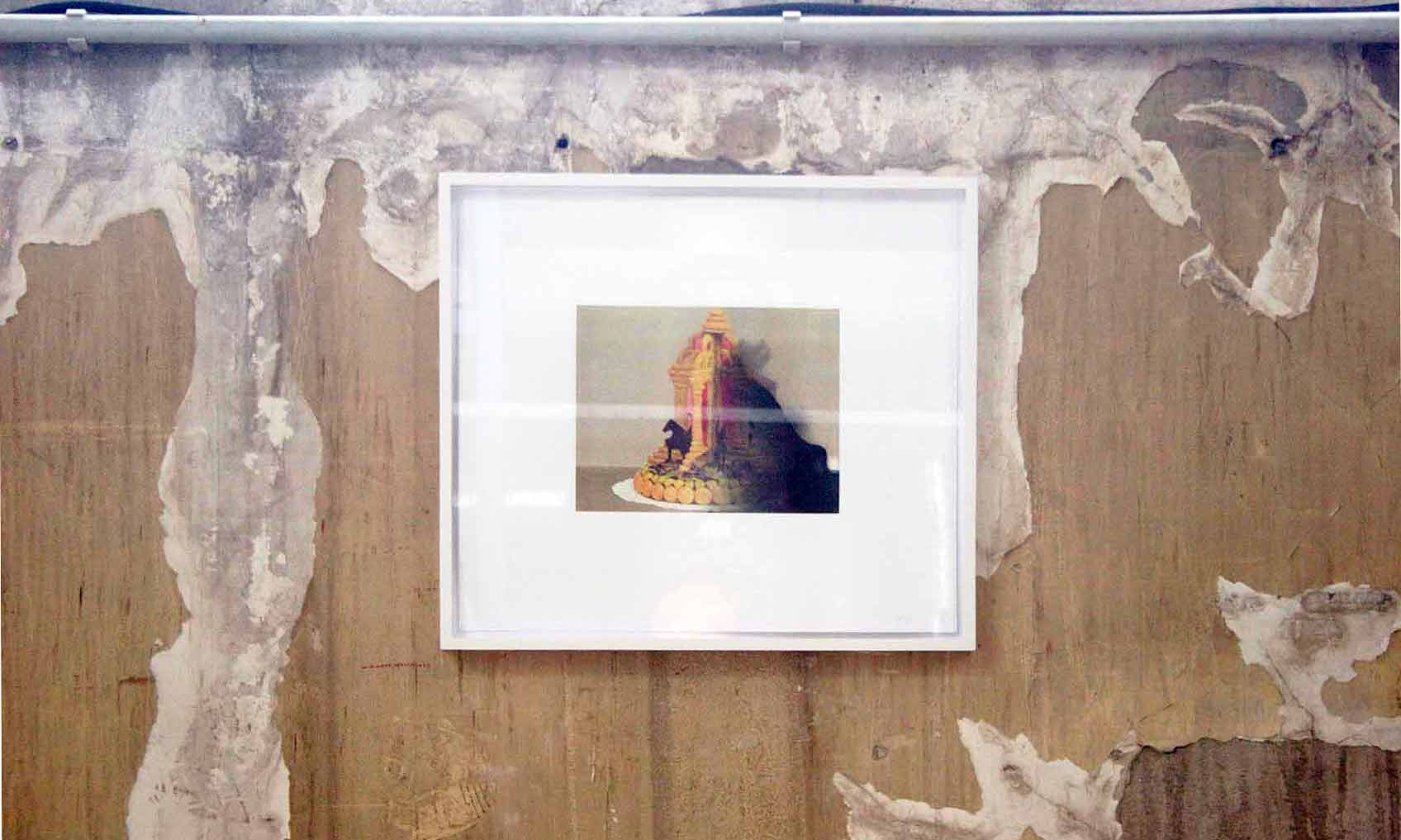 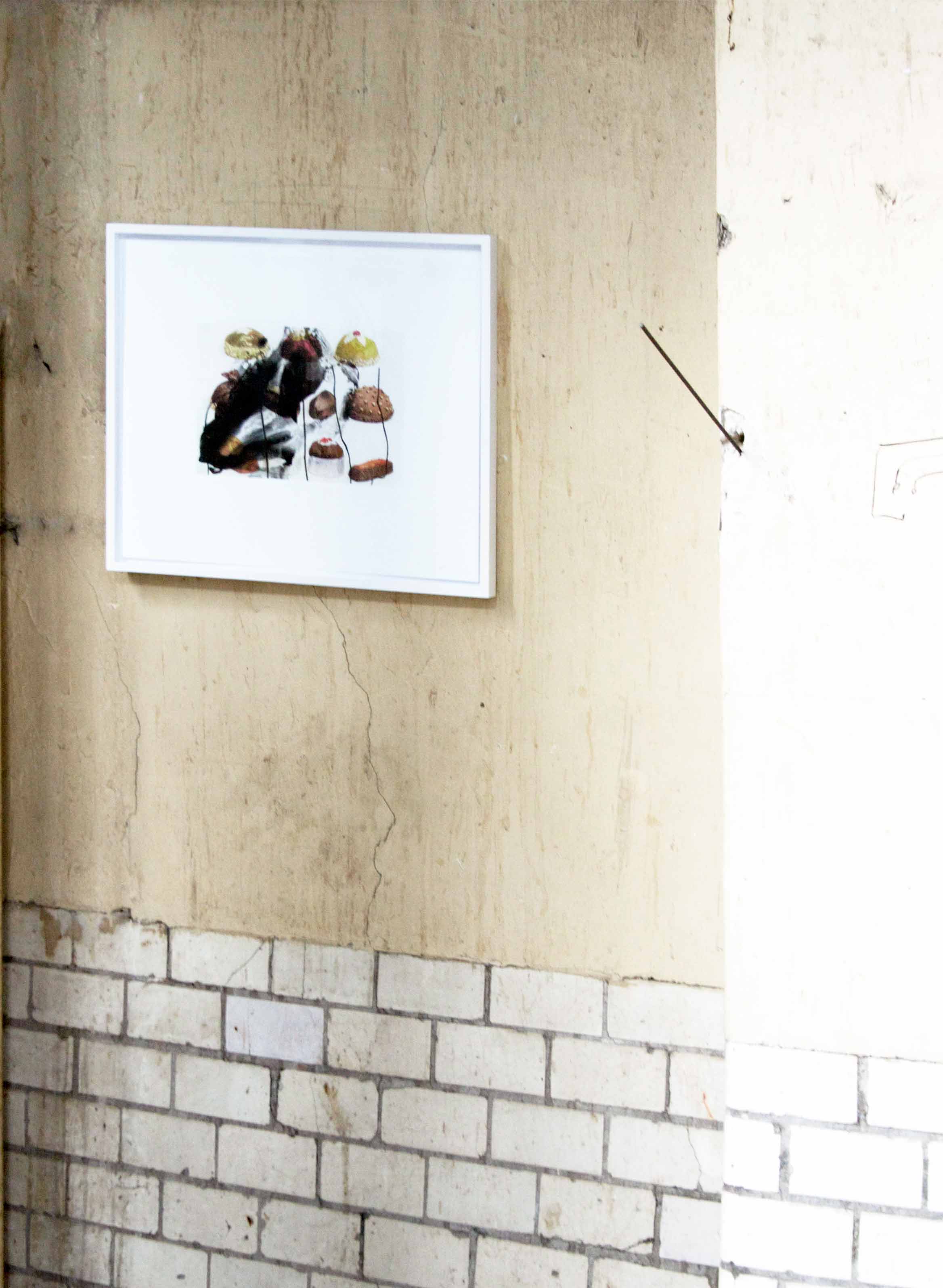 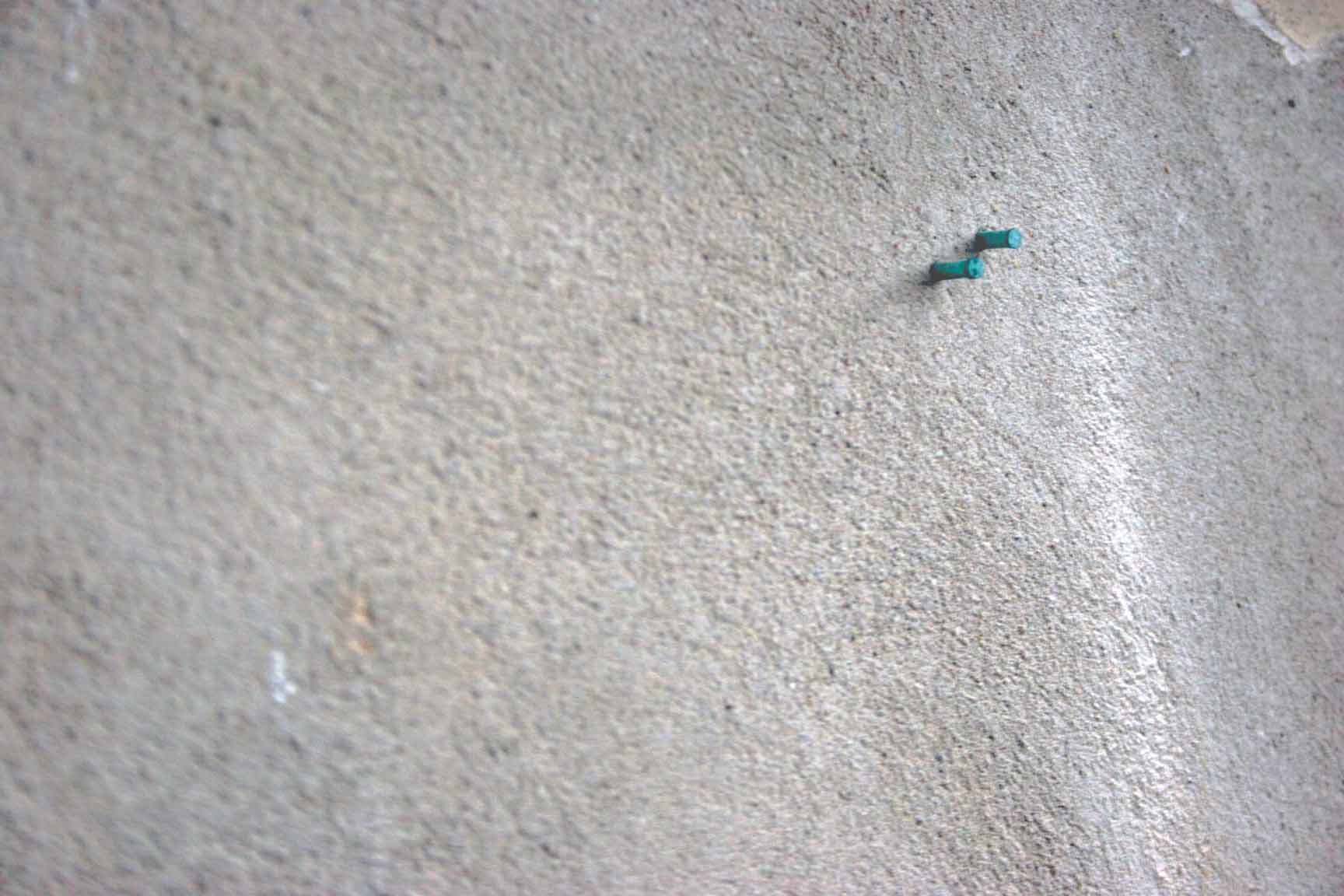 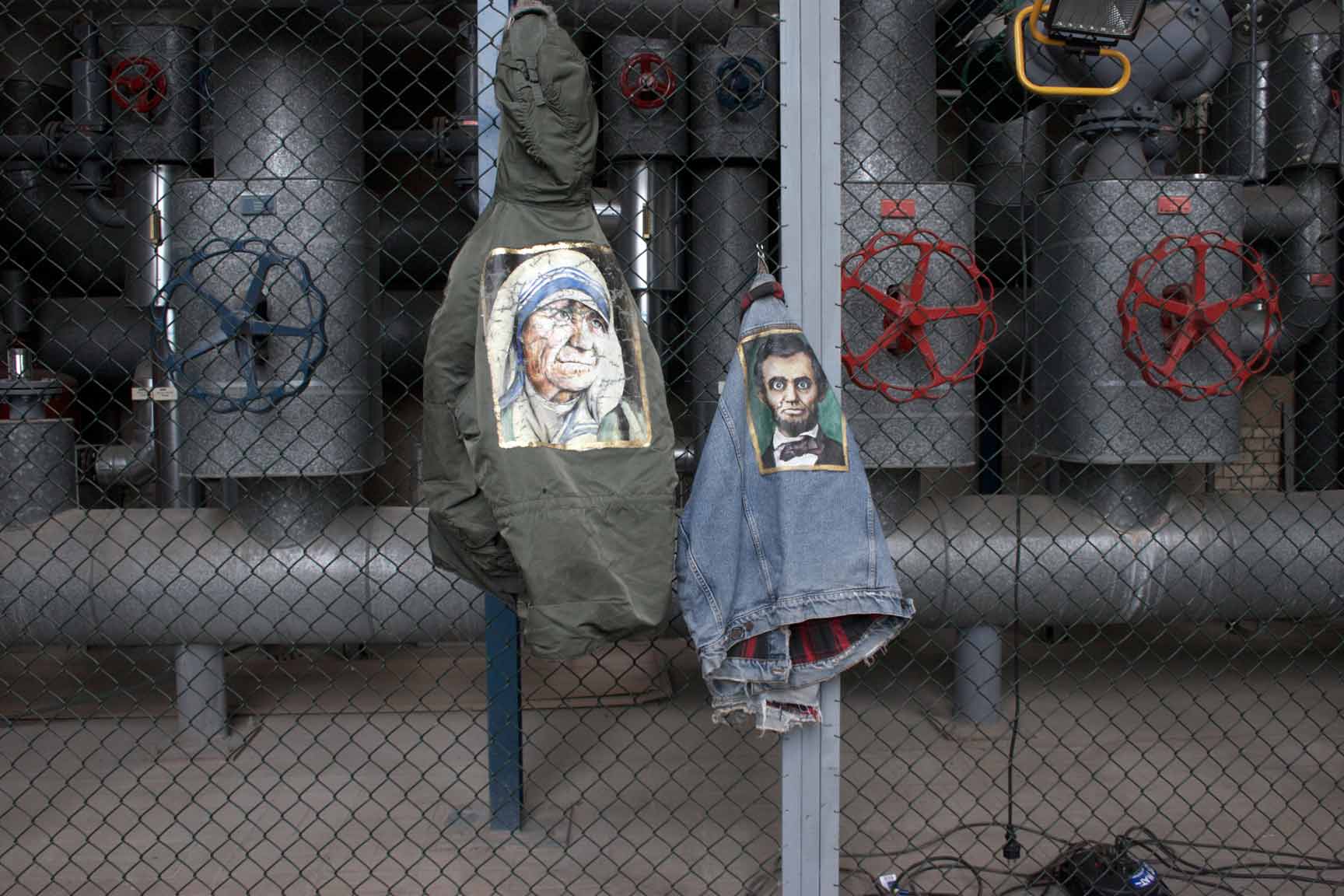 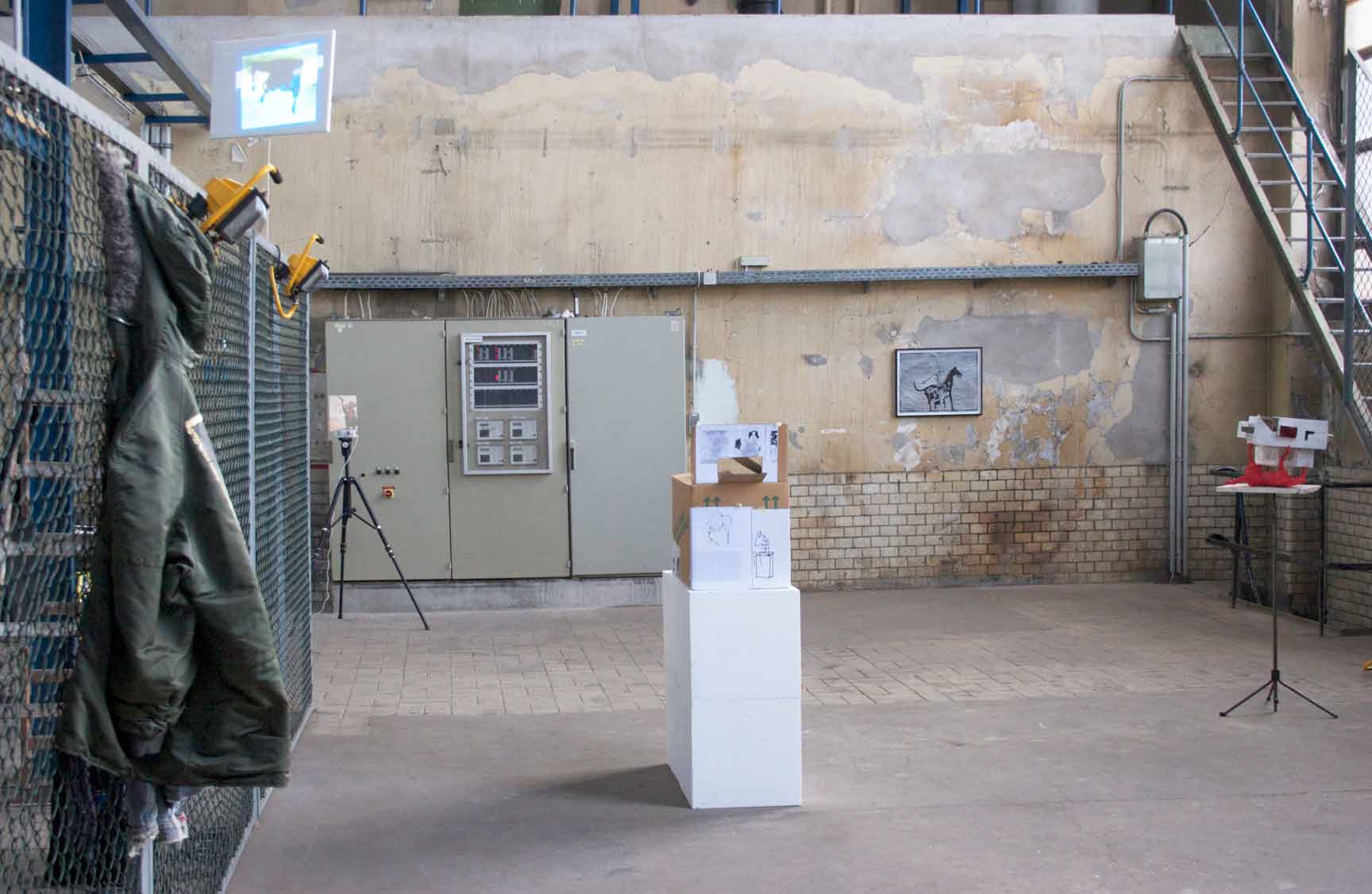 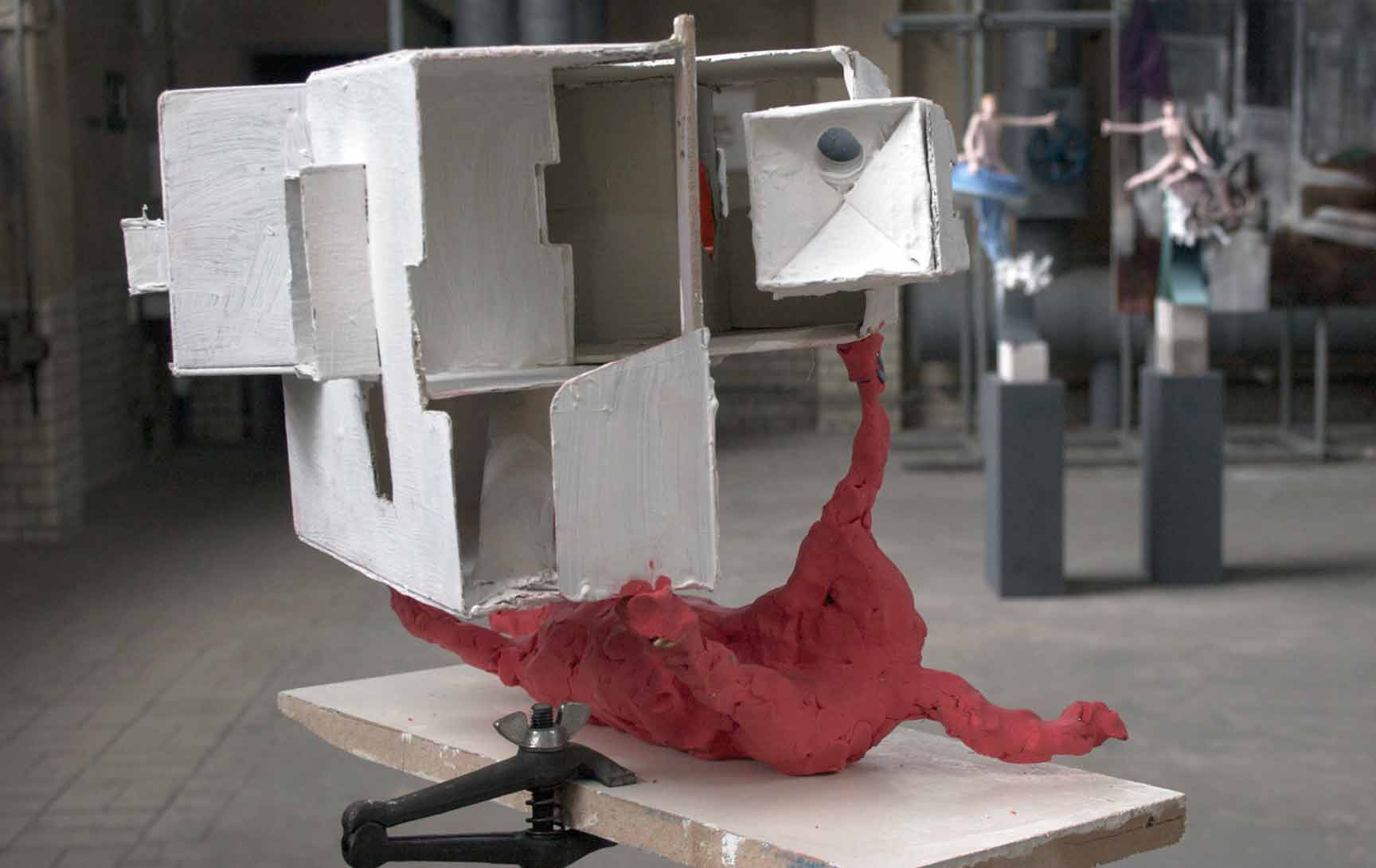 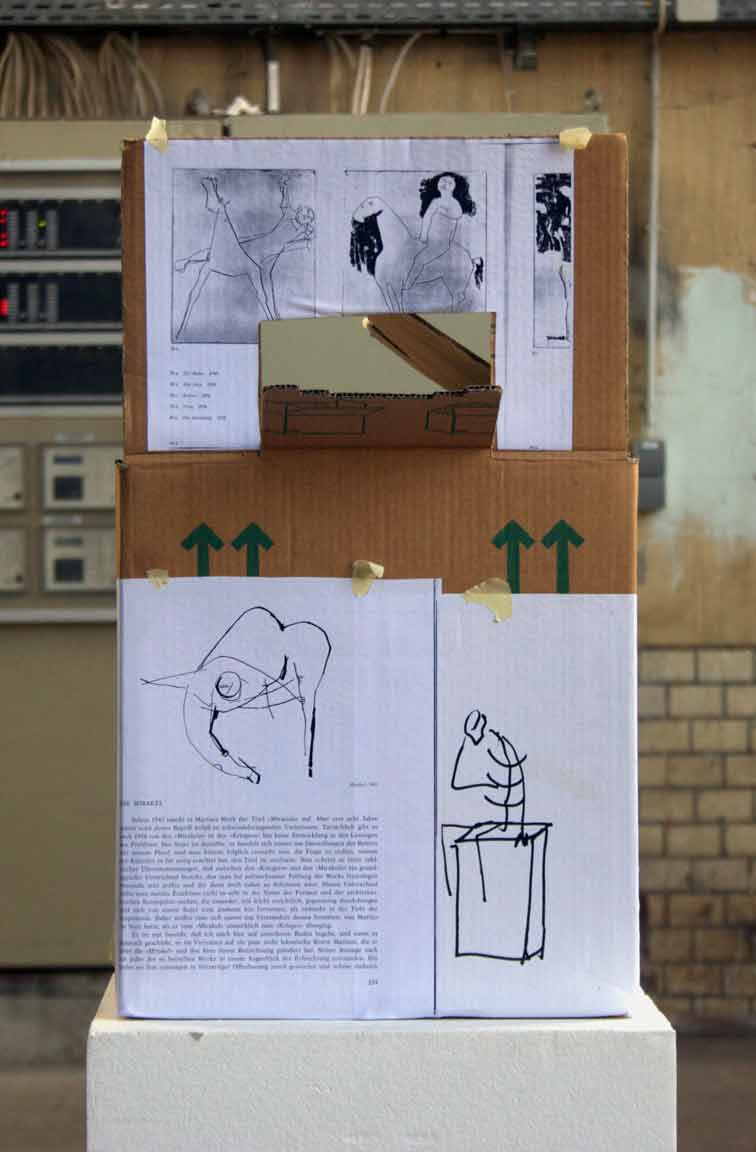 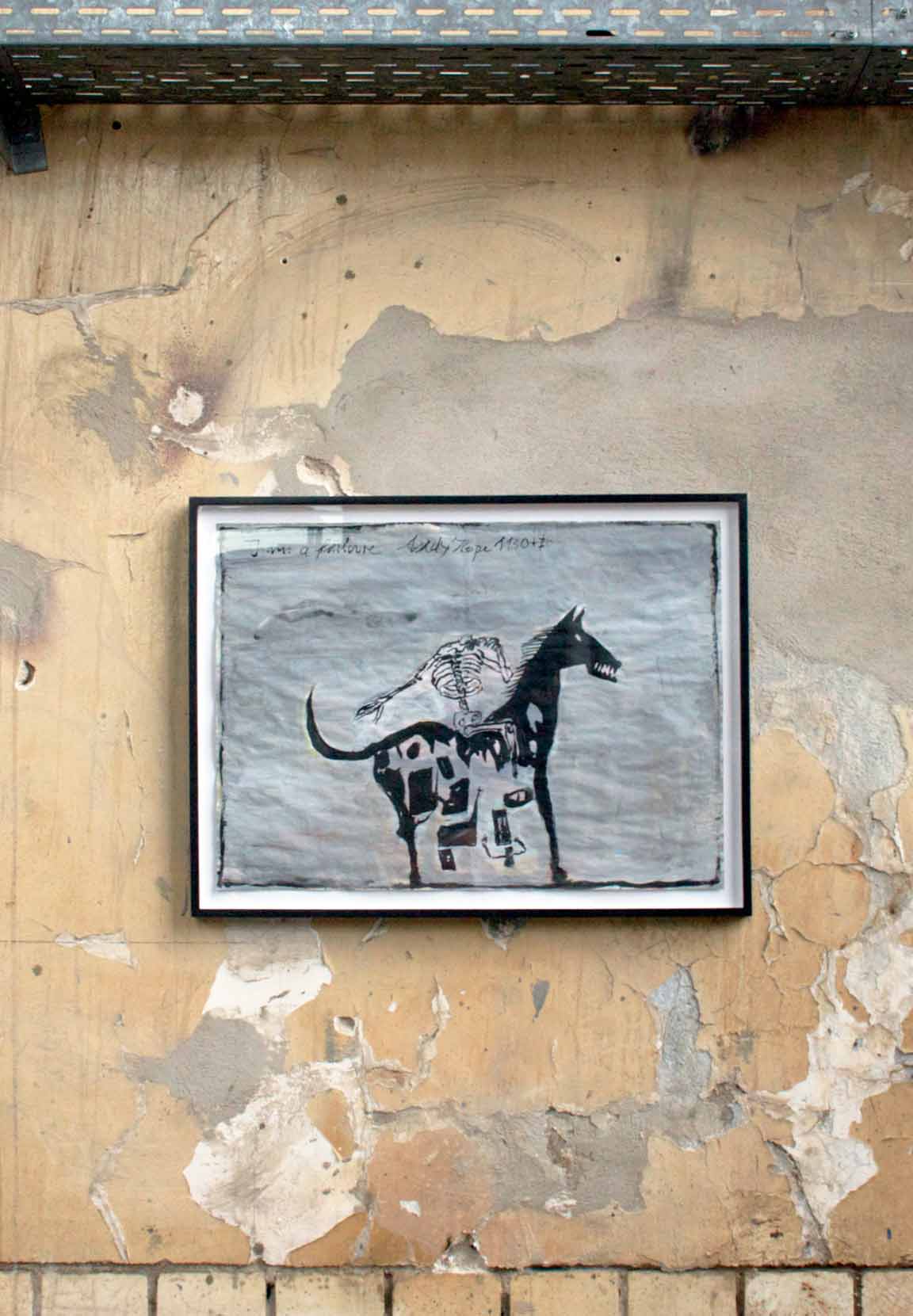 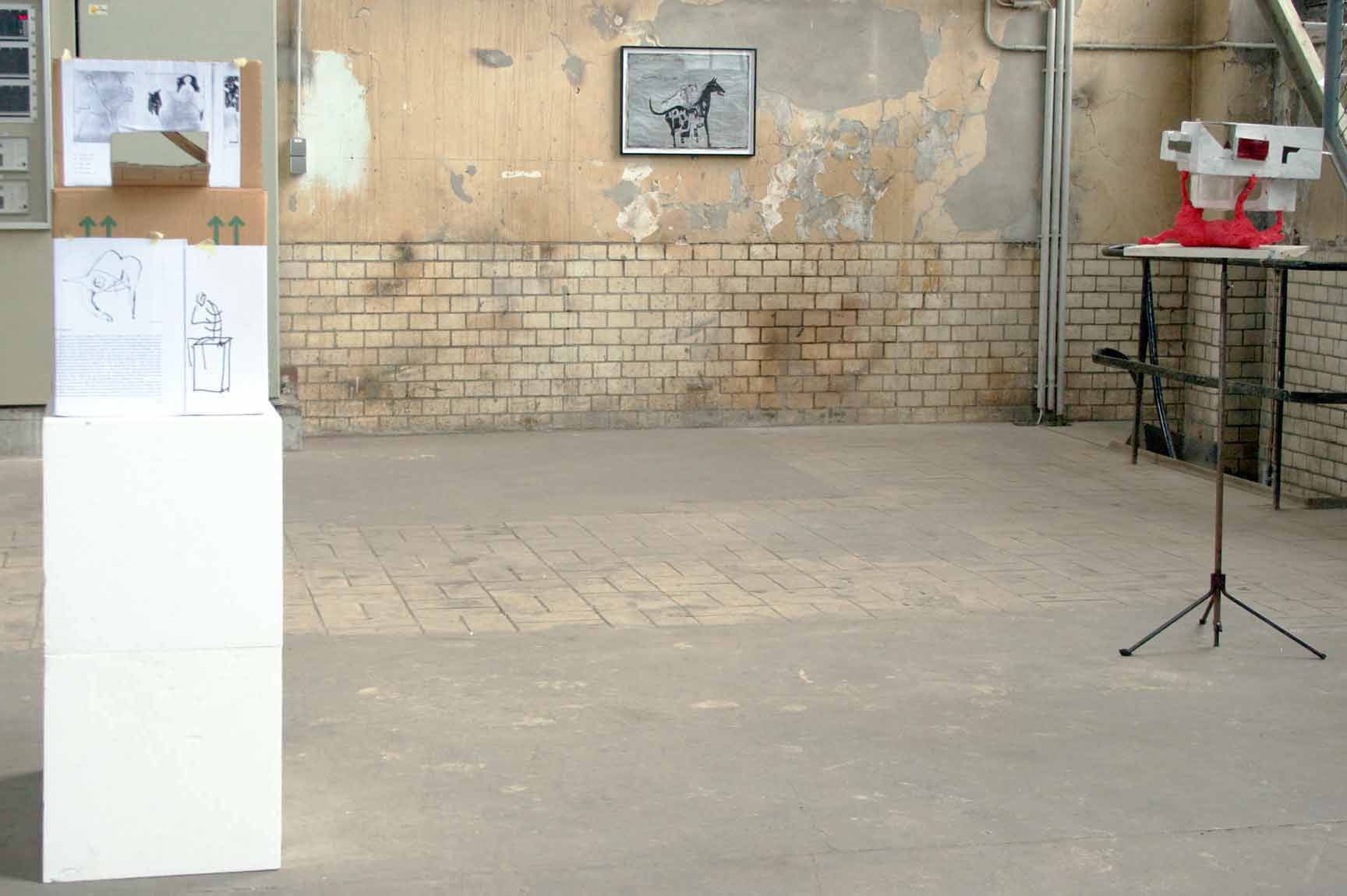 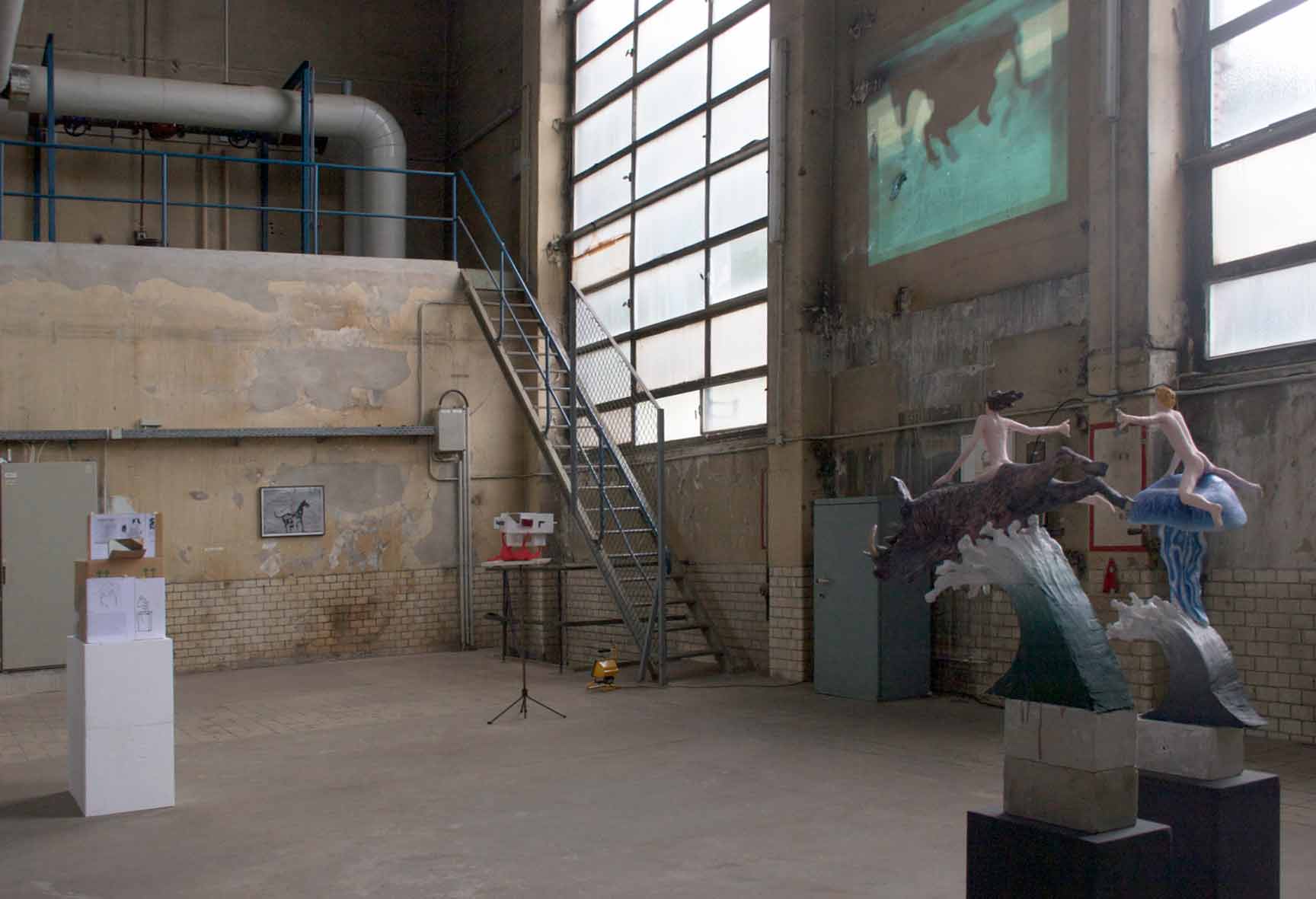 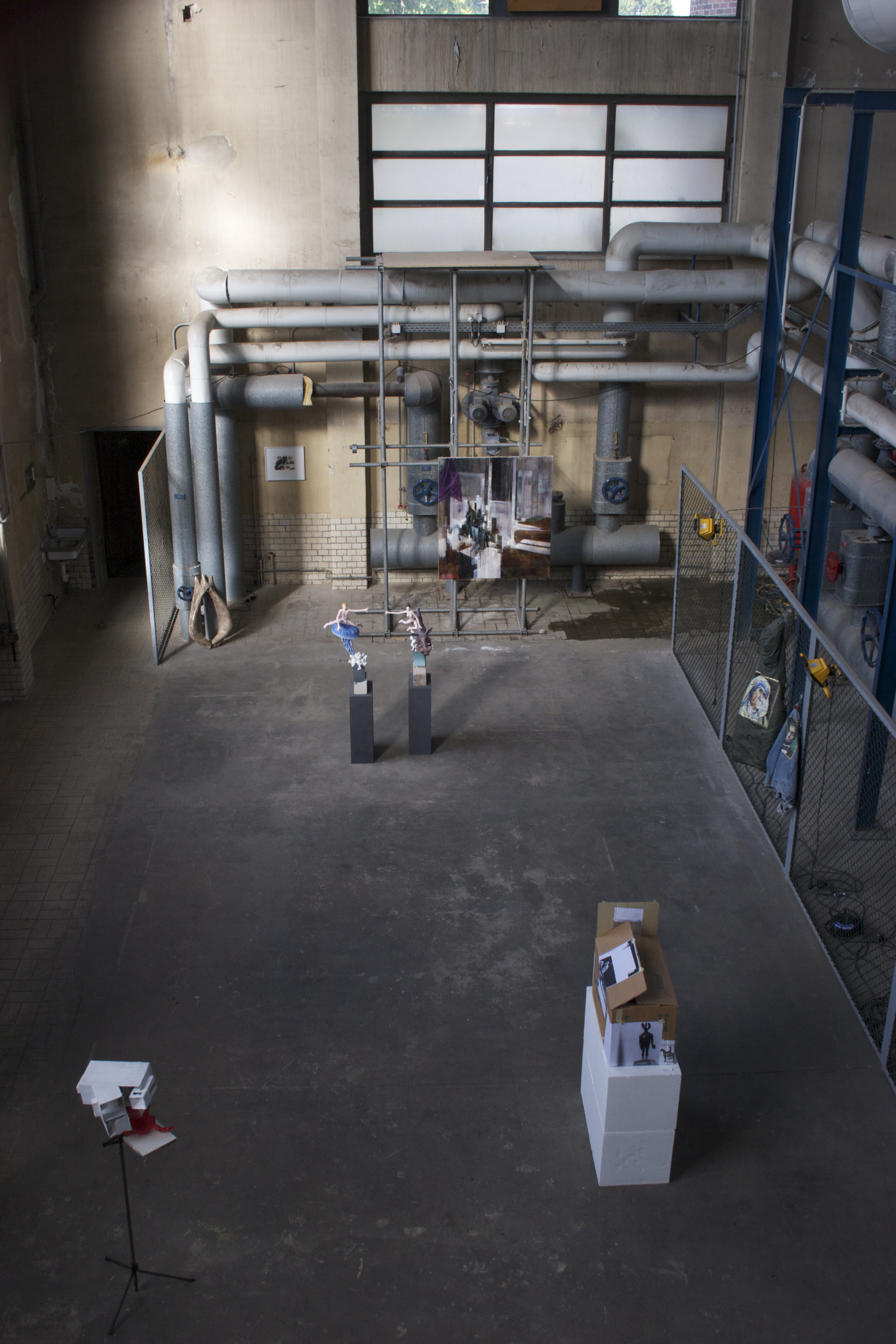 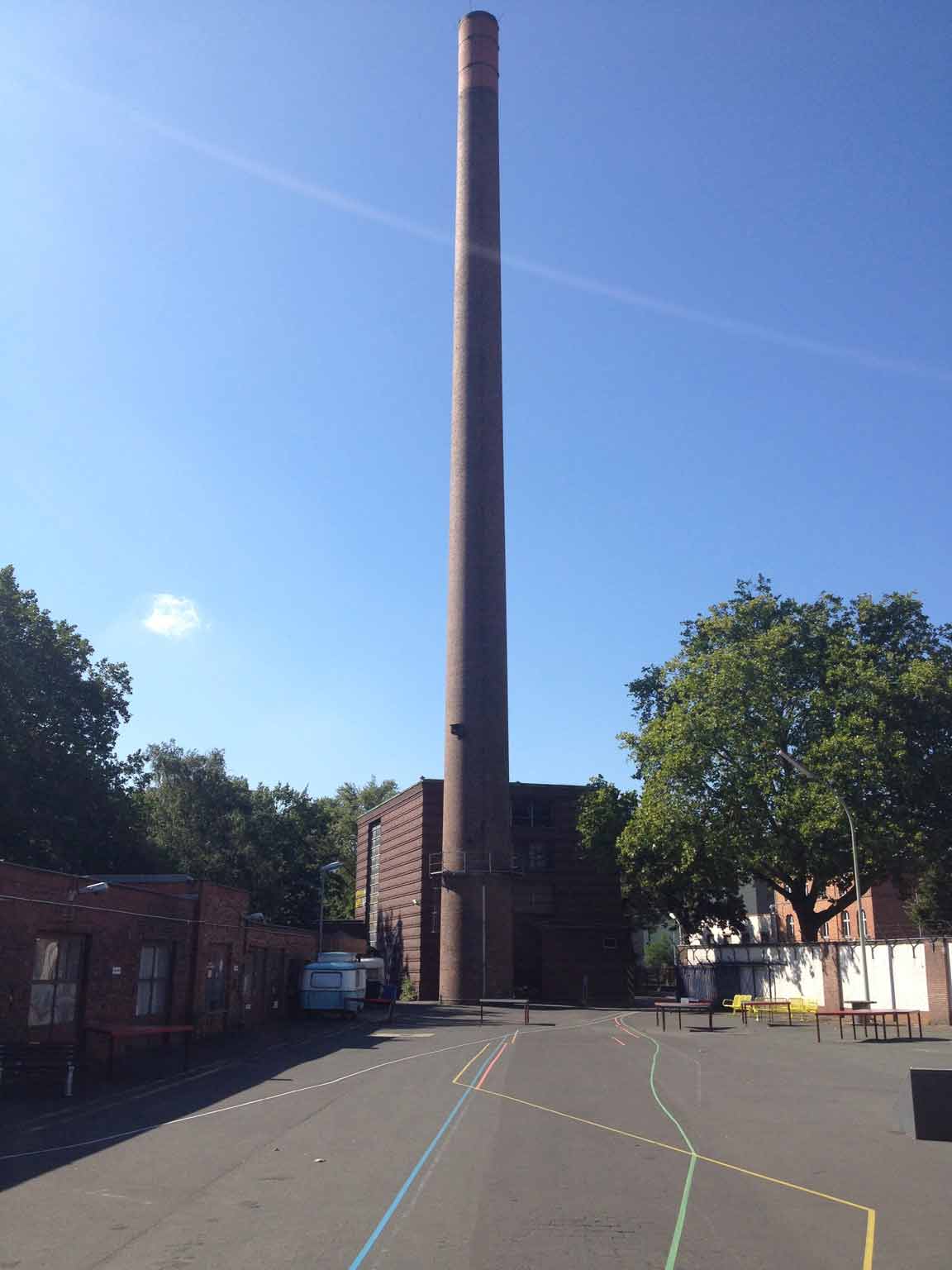 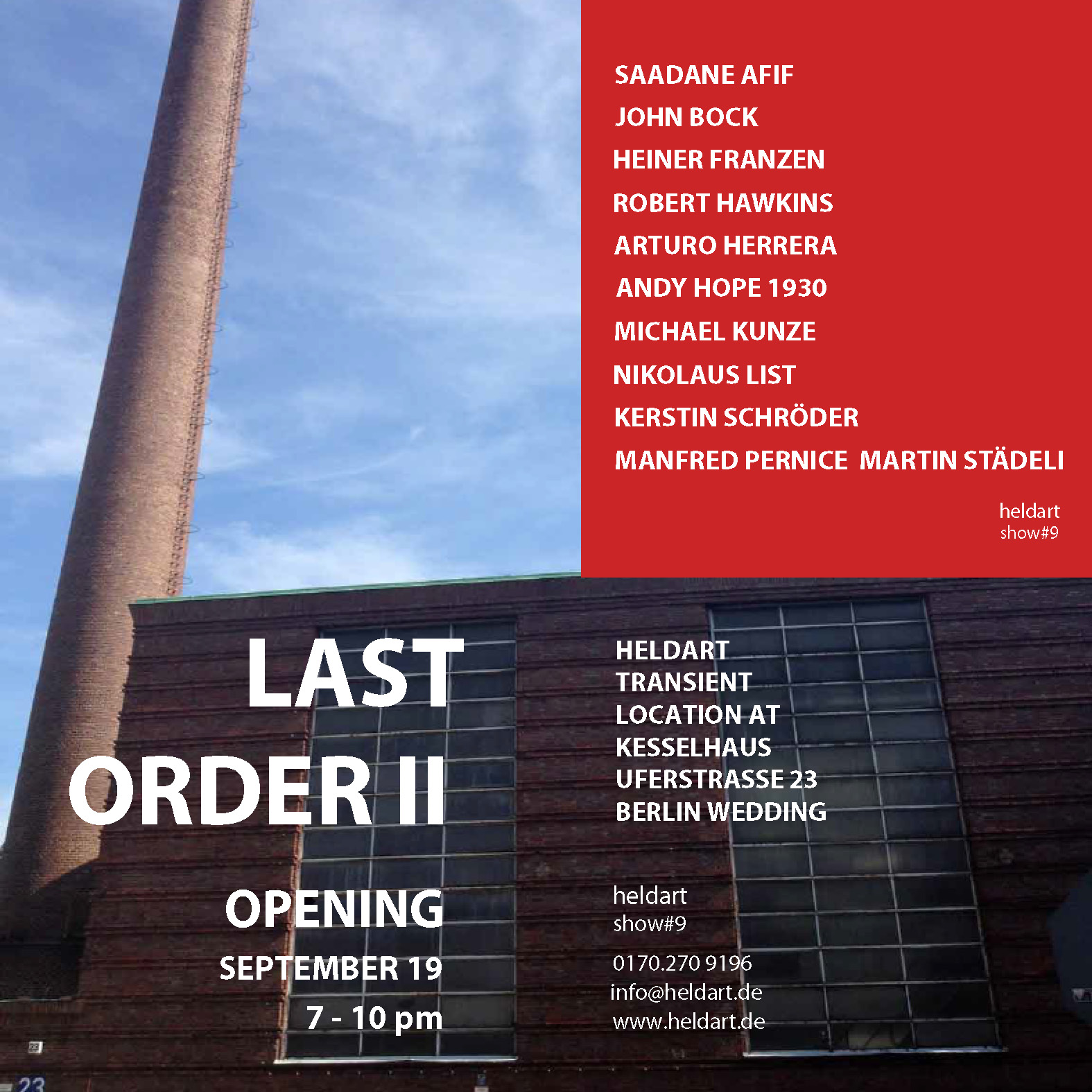