In the paintings of Marcus Weber one finds constructions of daily life events which seem to be all too familiar. With documentary like realism he reconstructs a form of real life with which we seem to be acquainted with yet we are deprived easy access. An iconic plastic bag from the supermarket chain “Kaiser’s” for instance, if referenced in a Daniel Richter work, would most likely blast away the very same painting.

Not so in Marcus Weber’s case where the plastic bag instantly becomes a “pars pro toto”. His kind of addiction for ‘true’ representation is usually found only in the work of comic artists, photographers and movie makers. The urinal by Duchamp had a similar effect in that kind of a way. It didn’t mean to be anything else but itself yet“the just being” was “just an illusion”. The mere being of the urinal achieved exactly its opposite. It opened a pandora’s box with unlimited worlds sparked by never ending imitation and contextualisation. Weber paints reality into illusion and vice versa and takes the whole concept of “just being” a step further into the abyss. Everything becomes a backdrop simulation like an endless grid.

It is exactly this moment in which his paintings morph into metaphors about themselves and transcend a Hicksville type scenario into something eternally global… With this kind of doing Marcus Weber’s art portrays paintings  as a construction of themselves. Human beings with their gestures and clothing are reduced to mere pictograms moving along though their simulacrum,  a world full of colorful ornaments which all have a similar look. That type of auto-abstraction dissolves uniqueness into mass and the narration about itself becomes wholes. Consequently Marcus Weber paints daily life scenes around these wholes which literally reveal views of the universe. The wholes respectively universes could also be painted around the daily life scenes; in any event his paintings simultaneously are windows and layers on a surface. All three large scale works deprive us from any answer to their own question and own metaphoric language in a refreshingly humorous and clever way. The spectators have yet to start where they began: with a view on daily life events. 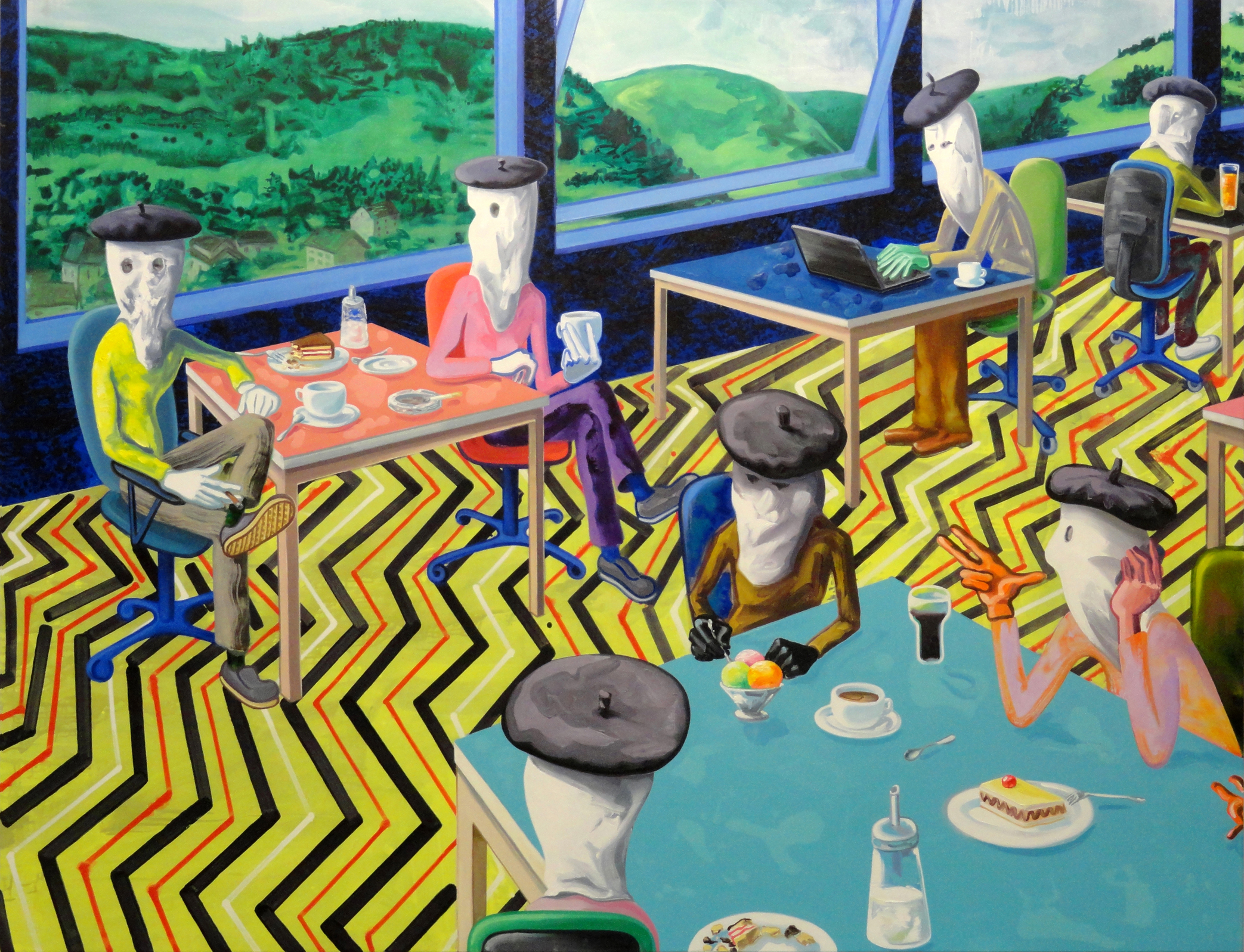 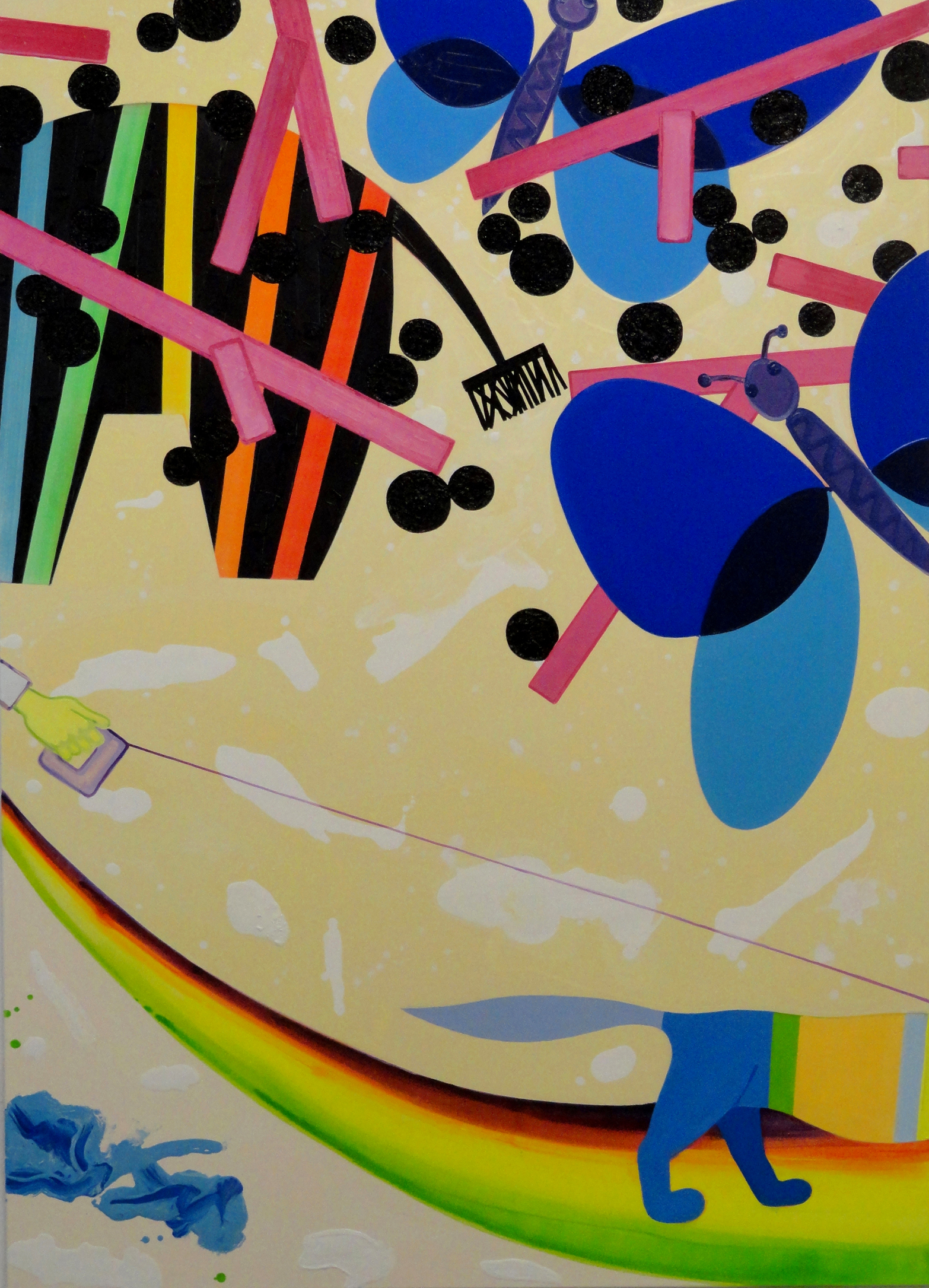 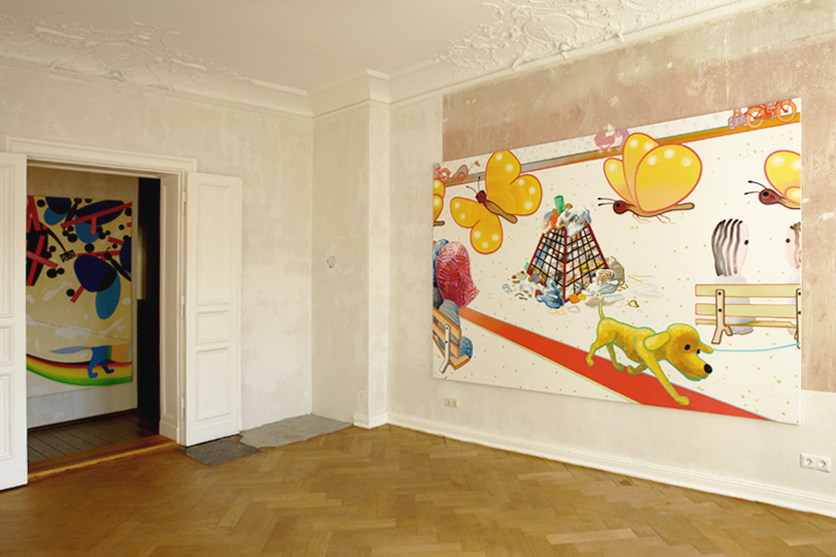 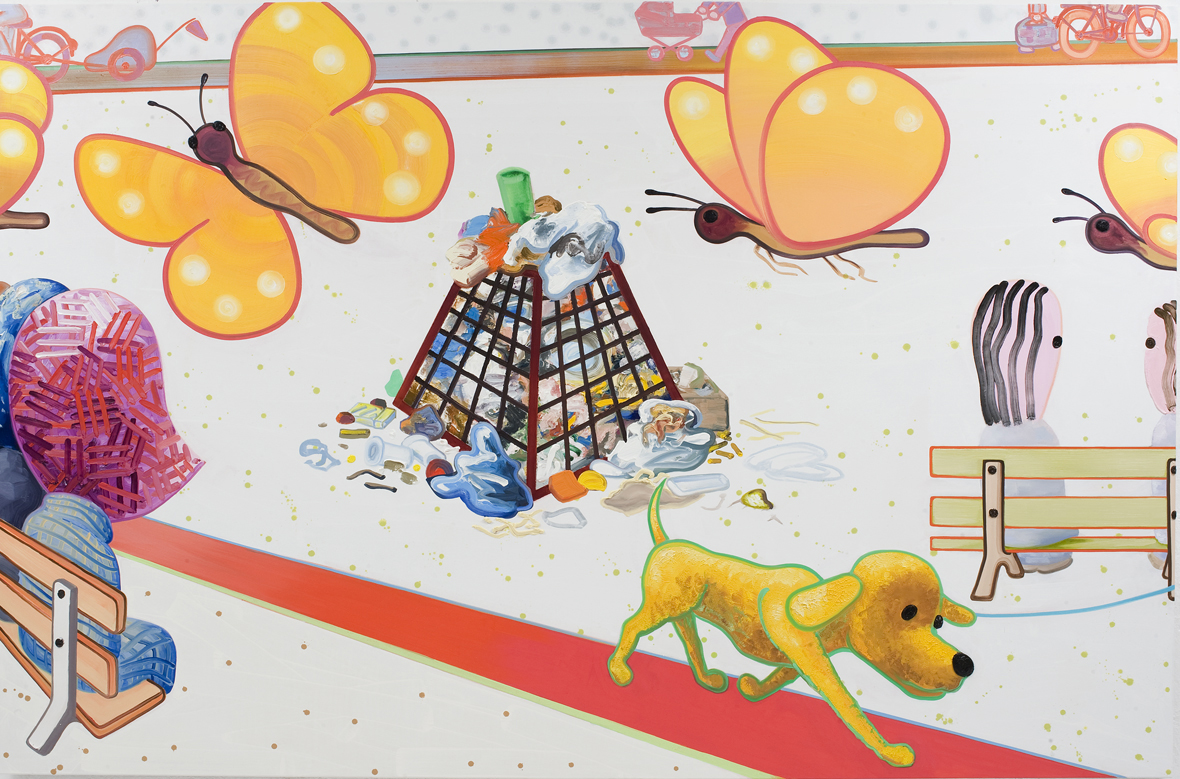