The aesthetic implications of juxtaposition, especially of elements which hitherto were discrete works of art, remain controversial—since only in a radically subjectivist vision of the sort of that underlies Bourriaud’s theoretical treatment of the subject in Postproduction (2002) could it be acceptable for artists to combine the works of their colleagues in a way that disavows any original specificity of works selected for juxtaposition. In such a domain, no single view of a work, including that of the artist who created it, has greater validity than any other. Accordingly, the very notion of their mutual exclusivity itself becomes a view with no more validity than a view to the contrary – A corollary of this subjectivist position entails an implicit rejection of the traditional idea that the artist is the one who must contrive the work since, here, the aesthetic act is inherently curatorial as an assemblage of works by others.

For many artists, it is not necessary to insist on the contradiction between Postproduction’s a priori subjectivism and its presupposition that there are autonomous works for it to assemble, in order to sense that this way of making art does violence to the works it would comprise and subsume.

Without you I’m nothing, the exhibition that, Berlin-based Venezuelan artist, Arturo Herrera, has curated for Heldart (an exhibition platform outside traditional categories of commercial galleries, Kunsthallen, or officially sanctioned non-profit spaces, whose aim is to operate free of commerce and theoretical limitation in order that the locus of an exhibition becomes an extension of the artist’s production), adds a chorus of voices to those whose work implicitly rejects premises of Postproduction in favor of a reassertion of authorship. As if to emphasize the point, the exhibition is entirely of works of assemblage. Herrera does not call them assemblages, but prefers to call them collages. To do so evokes a wry conceptual tension in that collage derives from coller (“to glue”), and one of the criteria for inclusion of works was that none could be glued. A second layer of irony is that although Herrera has not included a single work of his own, the entire exhibition may be read as an extension of premises of his own collage practice.

From its Modernist origins in Paris where found materials afforded a ready mockery of representation, to a brash and politically engaged insistence on representation in Berlin photomontage, collage—even through its resurgence in early Pop—had evolved into a medium that was a precursor of Postproduction by its nature. This was until Herrera began to reconfigure the medium with his first collages of 1992 that exclusively juxtaposed elements made or photographed—or both made and photographed—by Herrera himself, to the exclusion of any found constituents or segments of works by other artists. Herrera’s method thereby posed a tension with the inherent nature of collage as we had come to know it since Berlin Dada. He displaced it from its former status as a compilation of materials made by others whose unity derived from the subjectivity of the artist-compiler (in this sense, a precursor of Postproduction) to a synthesis of elements of the artist’s own making. This is precisely the unifying principal of Without you, I’m Nothing, a title we might read to imply in a sense both light-hearted and confrontational, Without you [the artist as author], I [the art work] am nothing.

Not surprisingly, this approach yields a number of new approaches that even pose ironic relationships to their counterparts in Postproduction. Heiner Franzen’s Out of Order for example, seems to reverse the usual subject-object relationship between spectator and art work by having a miniature HD video projection of a human eye appearing to squint through a keyhole of a real door to an adjacent room, thereby transforming both spectators and the entire exhibition space with its other art works into constituents of a collage, while oscillating with equal force to a pole of its own discrete integrity.

Besides the hidden narratives for which the works of Manfred Pernice, Martin Städeli serve as metonyms, here their untitled metal pavilion frame (whose ostensible function and visual influence vis-à-vis its surrounding is annulled by its lack of a canvas cover) also becomes a constituent of a work that also bears the name of Andy Hope 1930, who in turn relinquishes his own synthetic juxtapositions in favor of a single painting of a fireplace (“outsourced” to an anonymous professional sign-painter). Besides its various themes, the collaboration affirms that authorship is equally possible for a collective work, since each contribution implicitly acknowledges rather than subsumes the other.

Consistently, other new works contributed for the exhibition by Nina Beier, John Sparagana, Rosemarie Trockel, Truant Monks, and Andrea Winkler, mingle with pre-existing works by Richard Artschwager, Martin Boyce, Andrew Dadson, Jason Dodge, Miguel Ángel Fernández, Rodney Graham, Mike Kelley, and Dan Peterman to reveal a panorama of unexpected ways of juxtaposition with means static, dynamic, formal, and conceptual that together suggest an historical continuity that transcends the heyday of Postproduction during the past two decades.

On the face of it, the site chosen for the exhibition, Bikini Berlin, a fabled postwar building nicknamed for its “two-piece” design and recently converted to a shopping mall, would be the last place for an art exhibition, but for the irony of a stall where nothing is for sale, in the midst of the bazaar. Even the structure itself becomes playful allusion to the sort of juxtapositions the exhibition explores—the very site of the building places a temple of post war consumerism facing the Gedächtniskirche, the monumental symbol of Berlin’s wartime destruction.

Appropriately, Herrera has avoided any suggestion in the presentation that the totality of the exhibition could itself be a collage. By ungluing the components of collage, he would unglue preconceptions of the medium. 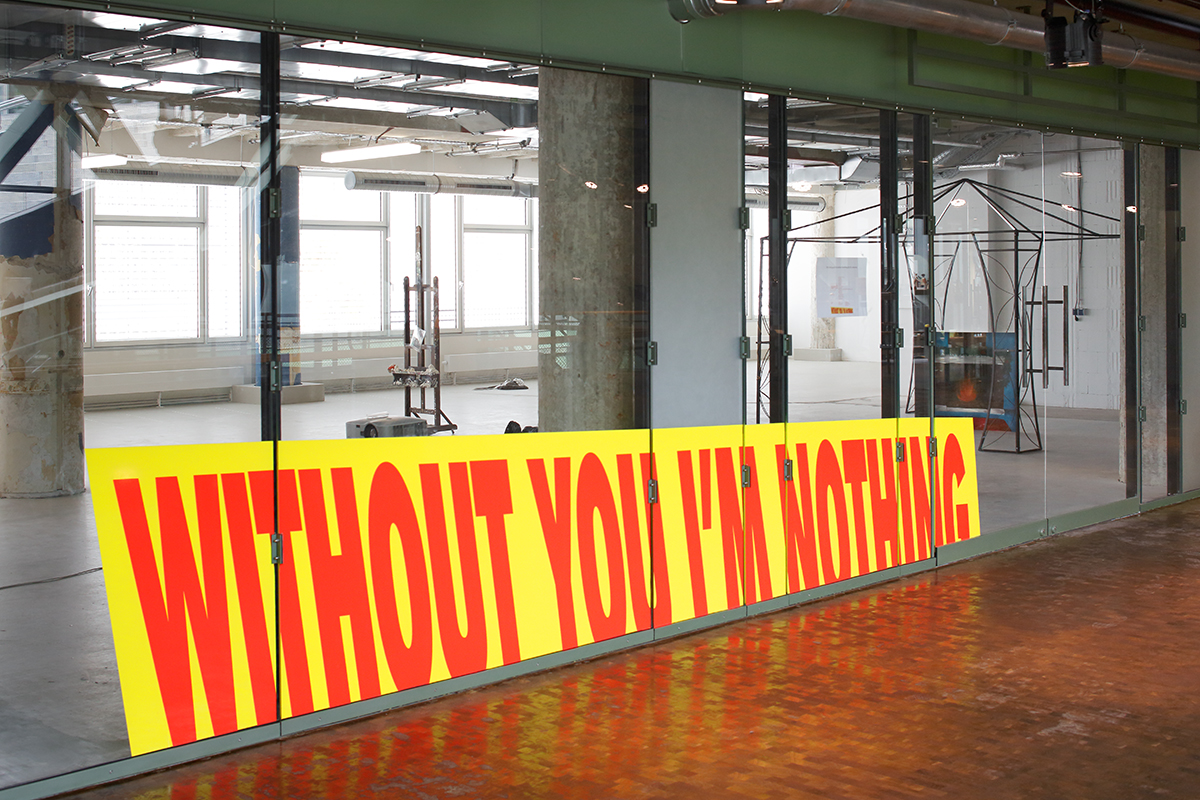 WITHOUT YOU I'M NOTHING curated by Arturo Herrera 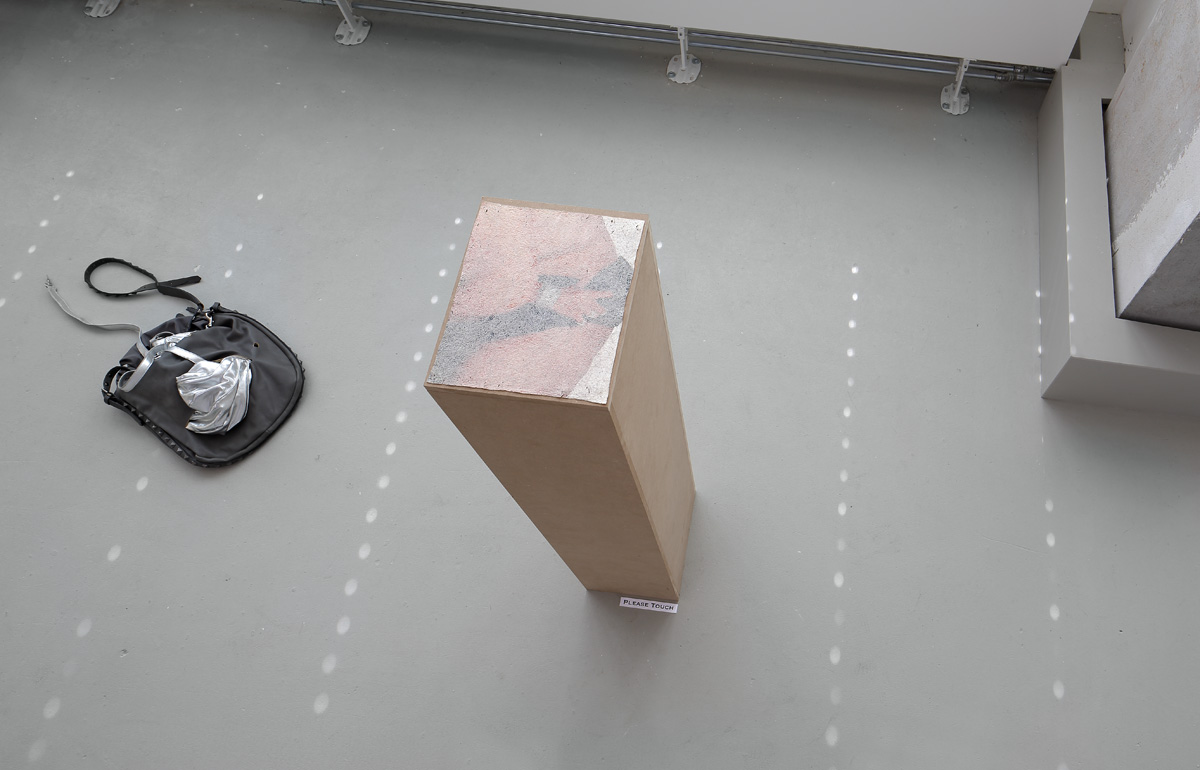 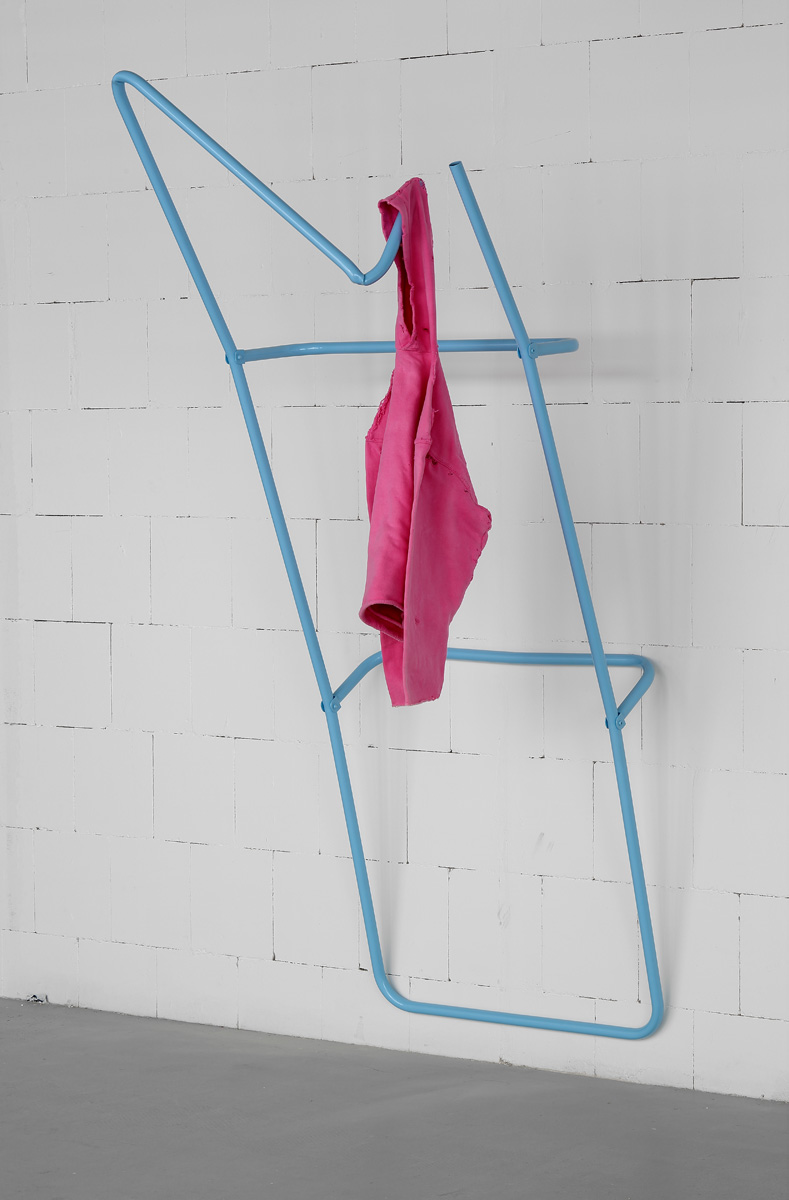 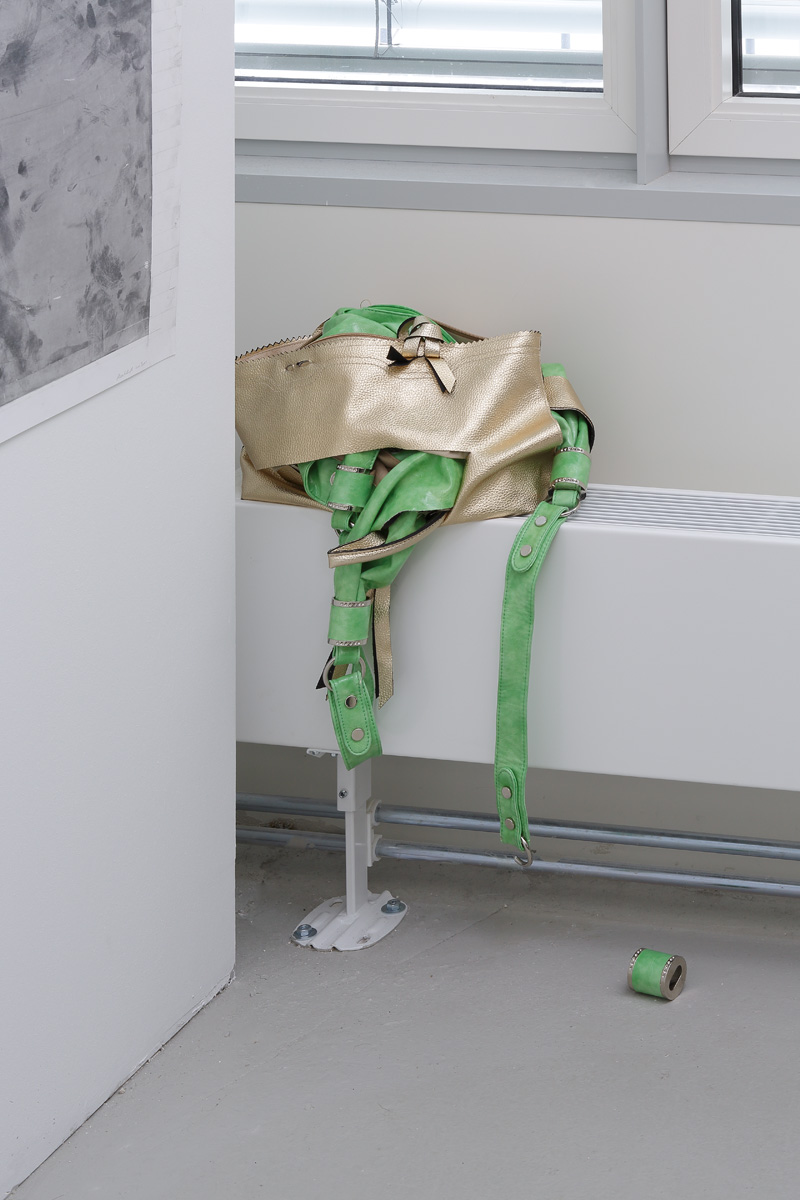 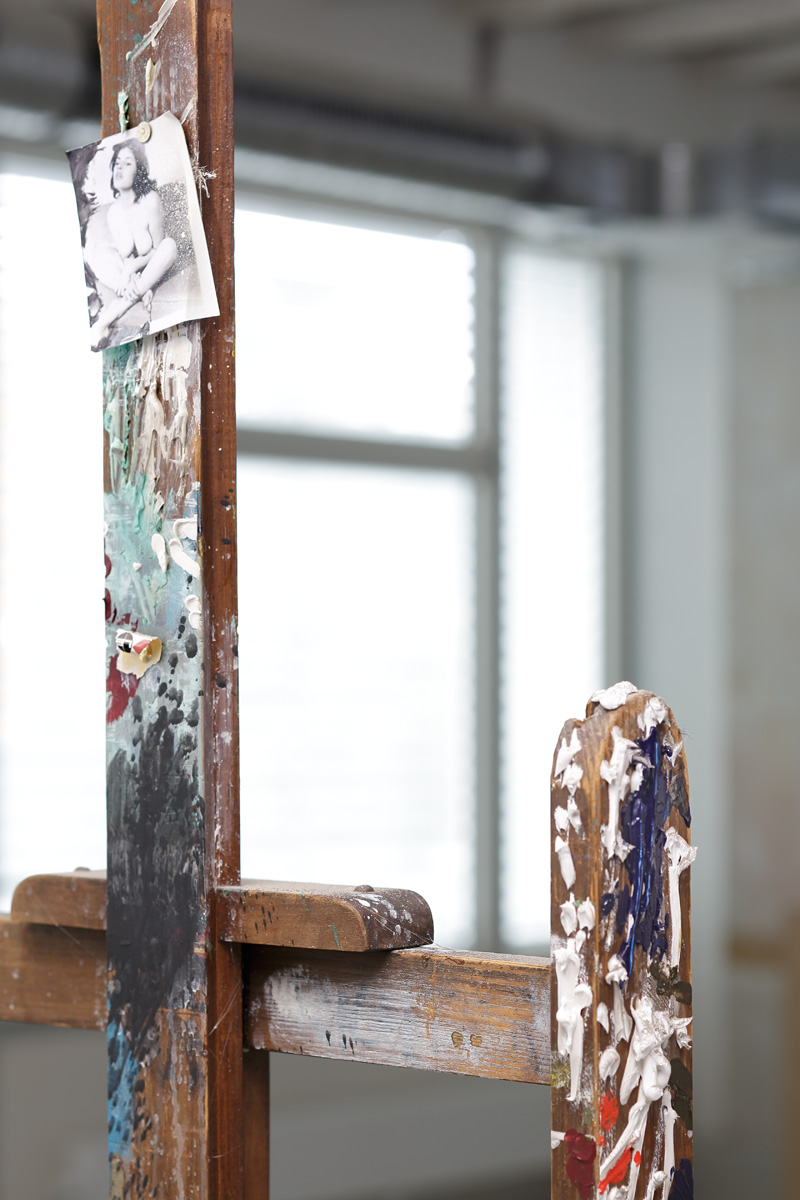 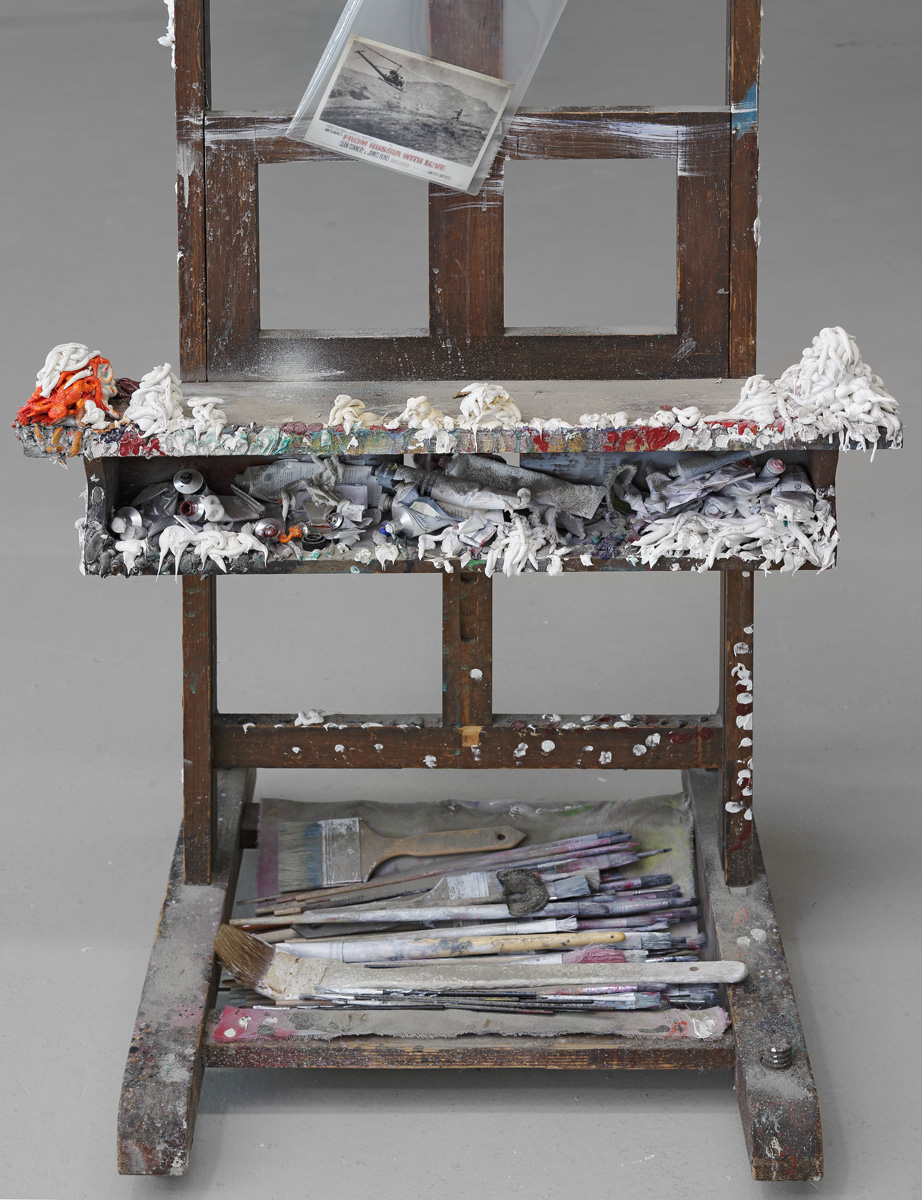 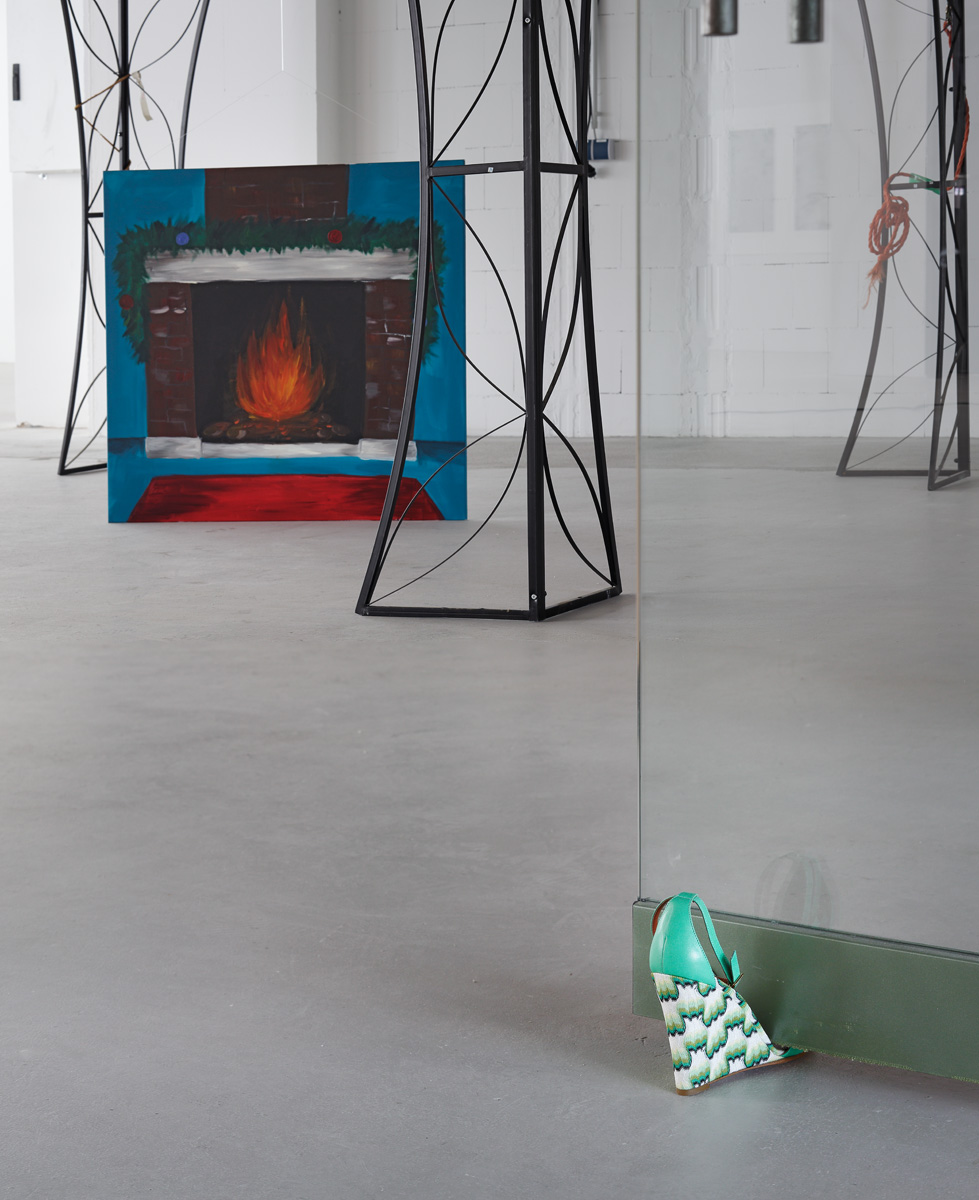 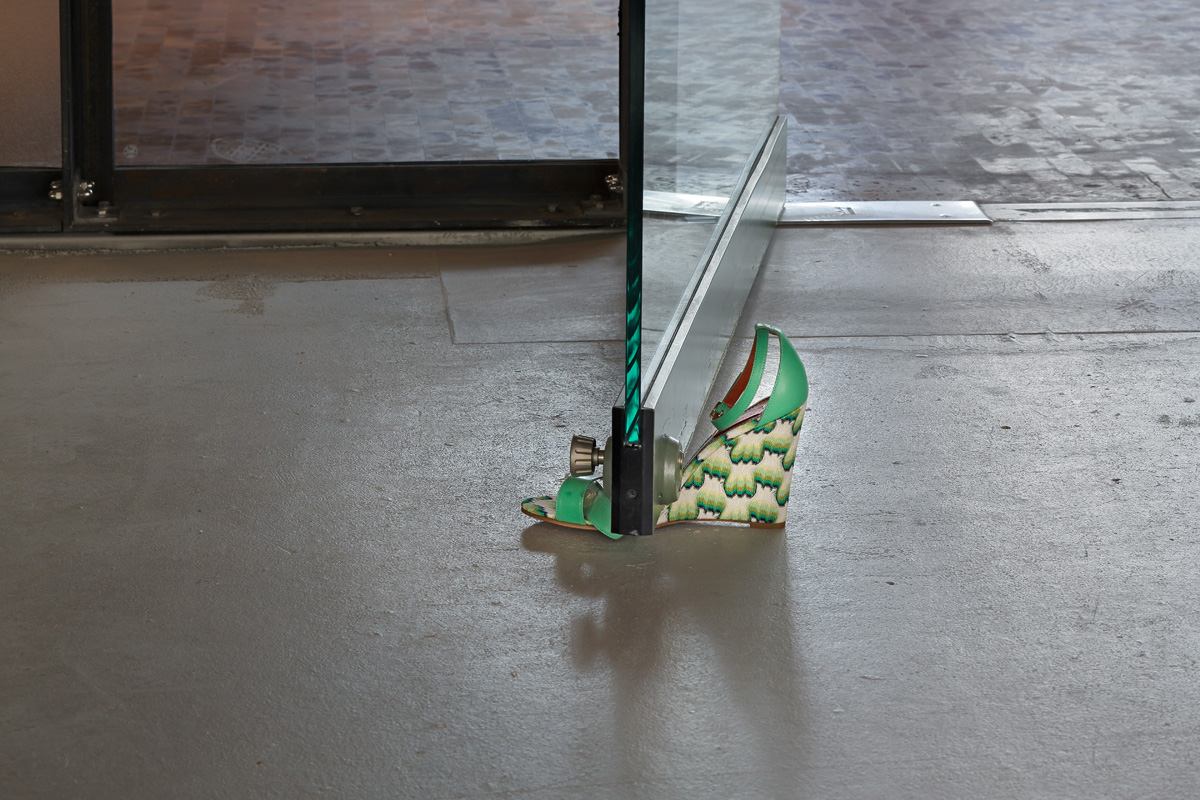 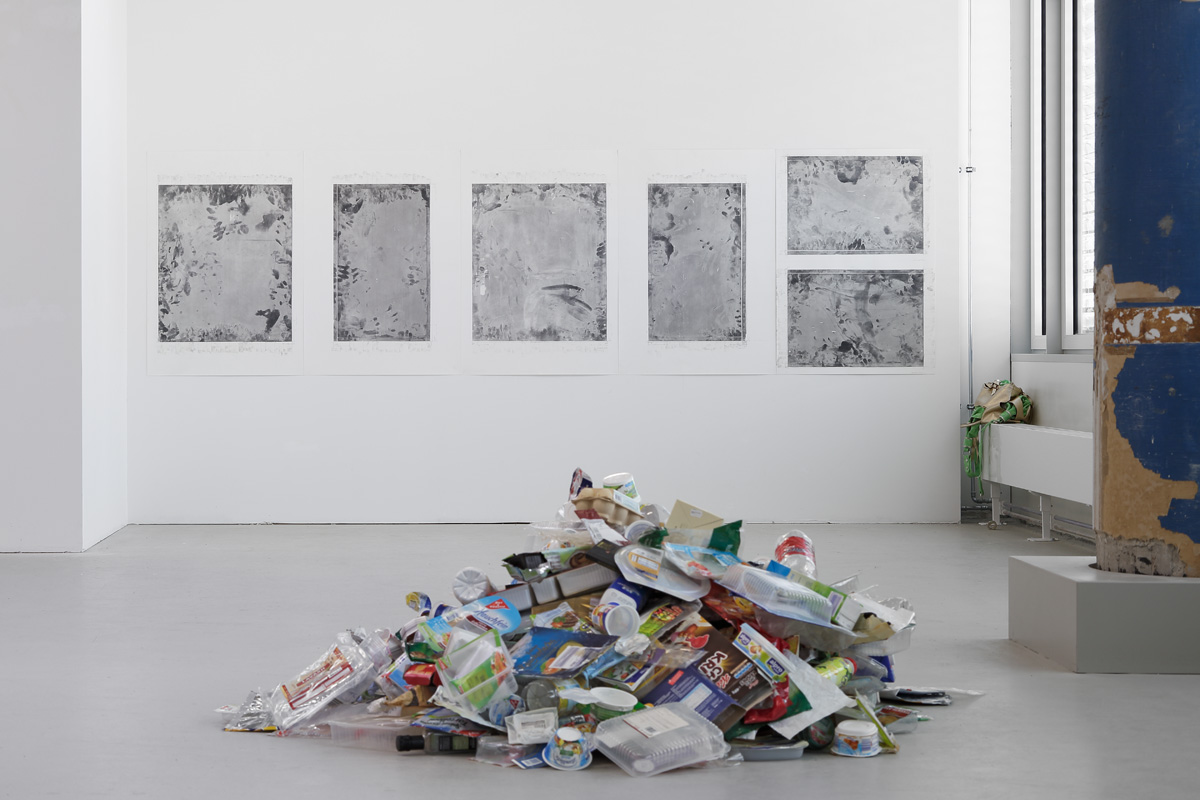 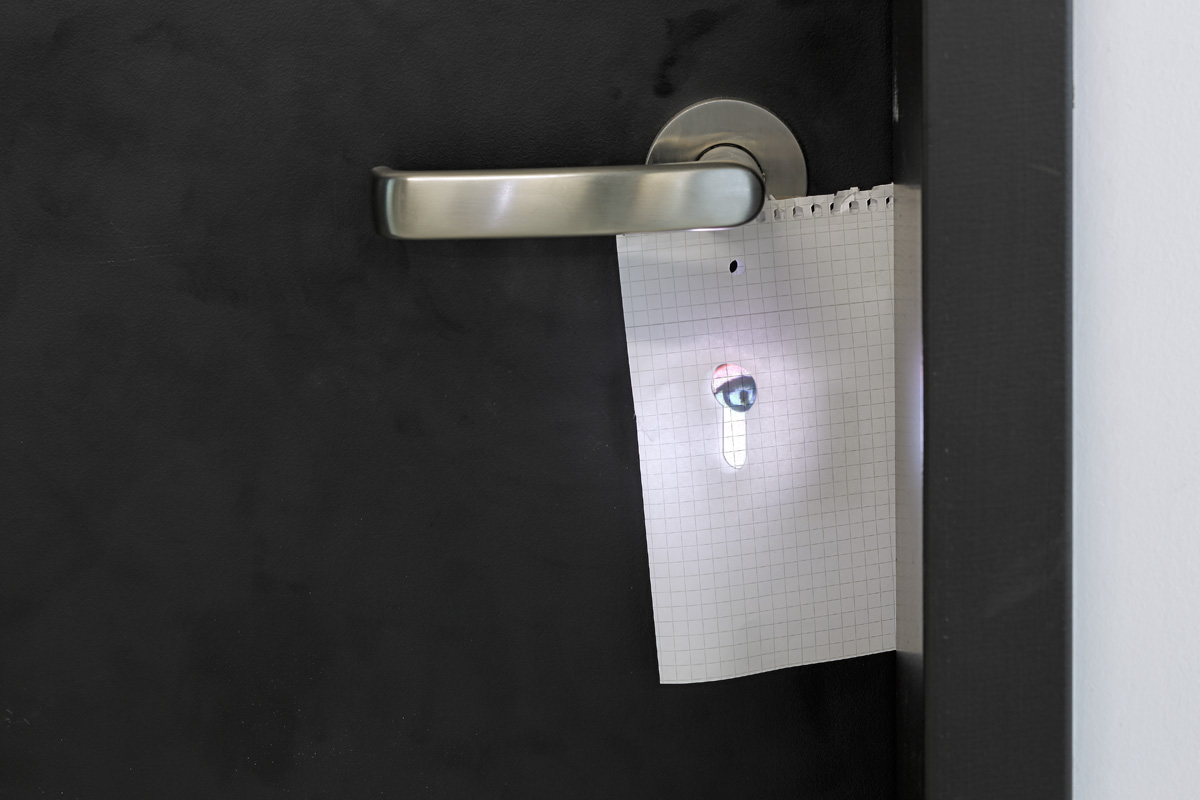 Heiner Franzen Out of order courtesy of the artist 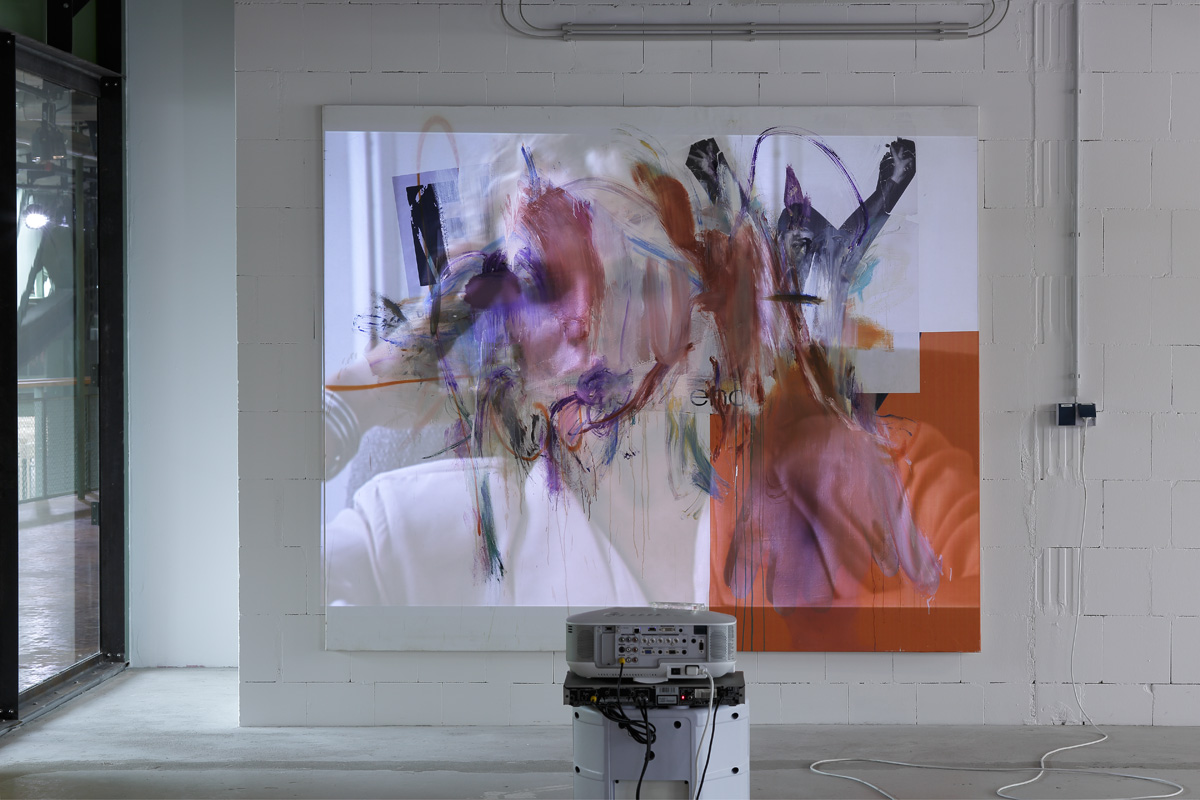 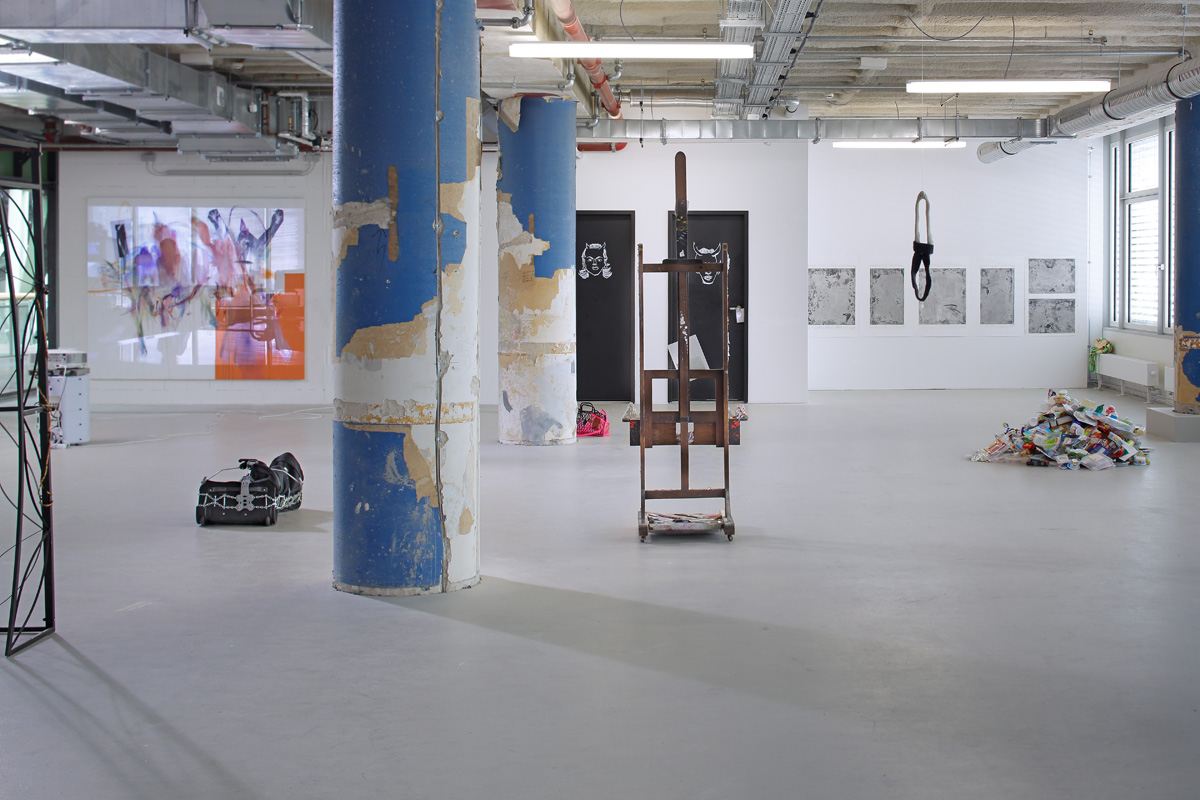