THE PHANTASTIC 4,444 presents gigantic fragments used as pre-production parts for the bronce cast of Europe’s largest quadriga. This quadriga was re-produced for the former king’s residence of the city Braunschweig in 2004 to 2008.
The group made of silicium bronze measures more then 9 meters in height, 7,5 meters width and 9,5 meters length and weights 25,8 tons in total.
The sculpture has been created with the hellenic ideal in mind, 1863 and was later destroyed during the Second World War.

The work of artists Peter Stauss and Martin Walde is placed around the original sized styrofoam fragments of the quadriga. The sculptures made by Peter Stauss are made of excrements from animals, the work by Martin Walde consists of glass objects that contain wincing plasma flashes. The excremental sculptures by Peter Stauss question the relation of material and shape. Excrements are tabooed in contrast to the body that deposits them and are shaped into three dimensional hybridlike sculpture showing creatures that are half animal half human being.At the same time Martin Walde’s work indicate a different inconsistence of our reality concept. The Hallucigenia demonstrate how dependable our conventions are on the way we perceive things.

Both positions are connected by their darkness. Everything unknown impacts our reality in an apocalyptical way. It proves once more that scientific facts cannot be overruled by myths that try to solidify an identity that is based on continuous  cultural  -anthropological drugging. The dark remains with its subtle backgorund noise and is admonishing human kind on the fact that it breeds itself into an uncertain biological future at this very moment. That in turn might be perceived as a myth today but will mostlikely become a scientific proven fact tomorrow.
The original sized styrofoam fragments for the bronce cast of the quadriga came with the permission of the Borek Foundation, Braunschweig.
table and chair courtesy of artek

The Hallucigenia belong to the group of velvet worms and lived 500 million years ago. They often ignited heated discussions among scientist about the anatomy of these animals that lead to the provocative claim of entirely reversing the Darwinian Evolution. For his Hallucigenia series Walde adapts the principle of parallel existing fictions about a being with various phenotypes that produced many mishaps that were nevertheless lined up in equal ranking next to other Hallucigenia; “isn’t Hallucigenia itself an entity that cannot be judged by right or wrong”, says Walde. Severin Dünser

My argument that interpretation and correction possibilities constitute a parallel universe opposes the belief in progress. Thus there is only one entity – there are only THE Hallucigenia but they coexist in various phenotypes. All Hallucigenia are true – there are one. Former creations are not overruled by the new, they remain. Only the level of fiction is different. The Hallucigenia are created since 1989 and correspond to their scientific publications; at the same time I discussed the argument with scientists resulting in the production of the Hallucigenia Products (since 1992). The Hallucigenia became increasingly more popular in the cultural environment and media in the late 90ies. Literature, music, design, comix, animation and video games, toy production, scientific platforms, artists … the heterogeneous interest in Hallucigenia is reflected on the net now. Martin Walde

Martin Walde works on the extended perception of art and nature since the 80ies. Consequently one will emerge into a micro or macro cosmos, the transformation of objects and the experience of the metamorphosis of materials while visiting his exhibitions.(Severin Dünser, Pure Science Fiction, in: Kunstraum Dornbirn / Martin Walde, Von Moment zu Moment. Verlag für Moderne Kunst, Nürnberg 2013.)

What happens when substances are mixed incidentally. As more production rises and substances get  increasingly isolated and mixed together again in their various gaseous states the more an uncontrolled mixing of those substances occurs which in turn is globally stored and becomes the basis for further uncontrollable mixing and consequences. Uncontrolled production rises with heightened chemical development. In this way chemical procuction has never been able to ridden itself from its alchemical shadow. The list of unarchived and unobserved events is infinitesimal higher then those being controlled. Outside of the retort one has to think about everything and there is little opportunity to stay on course with precision. It is a process with an enormous and anonymous creativity/destruction that entails automated reactions that are conctructive/destructive.I labelled these processes as dark and let them happen in specific sometimes less specific form and intensified this procedure in the 80ies. Then and totally unexpected Hallucigenia arised with the outlook of an explanation everything: the conglomerate of matter, knowledge and life. In this very same moment we are witnessing again how a myth is born. Martin Walde

Naturally I am looking at the quadriga as a human being and animal affair or to be more precise as one of Humanitas and Animalitas. As always the end is predictable and the human being crows over the animal. In this case it is enslaved and put in front of the waggon, in many other antique sculptures it is just killed or defeated otherwise.In any event it is all about the Animalitas of the human being, the human animal, that is defeated. The effort to distinguish the human self from the animalistic self is essential in the antiquity.Everything that is negated, the chaos and the abyss of the body automatically constitutes the contrary theme. The dualisms are spirit and body, order and chaos, language/sense and bare life/flesh etc…The domestication of the animalistic is perpetuated by formalizing and inscribing the body into a reference system of the significant and the organic. In the arts it is contextualized with the proportion.Artaud speaks about the body as something unorganic. The body is abstracted from ist meaning which is not domesticated by imposed organization.In Deleuze talks it is all about Anti-Öedipus as an entity that is not obstructed by scientific formulas or societal conventions.Martin (Walde) suggests a priori a being that is speculative and therefor abstracted from the cognitive and creative consciousness.I think of it more as a re-union of the human with the animal into a hybrid that sabotages any possible occupation of meaning. Peter Stauss 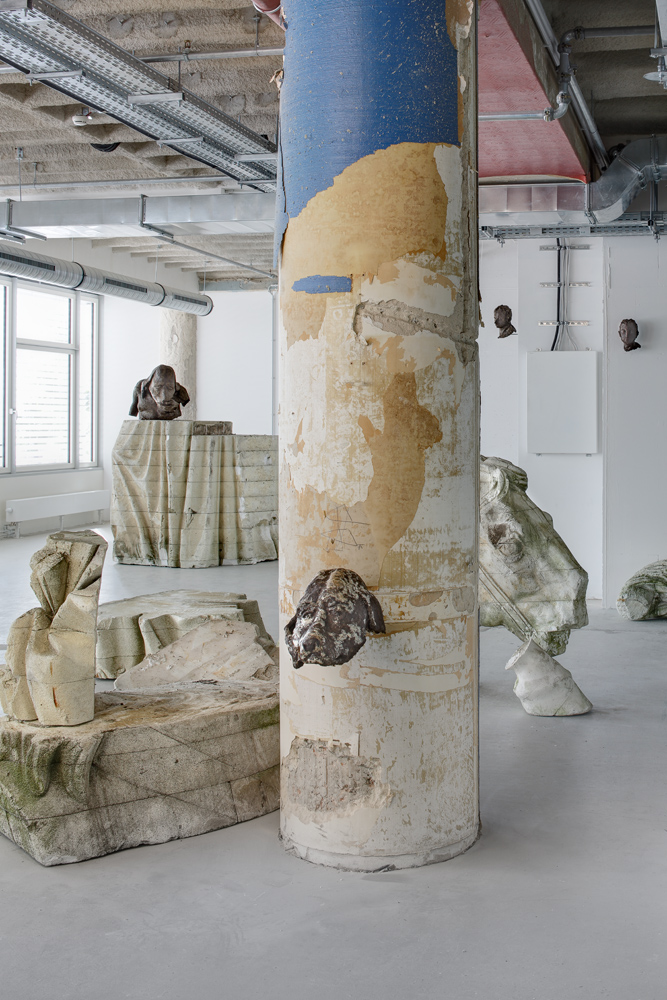 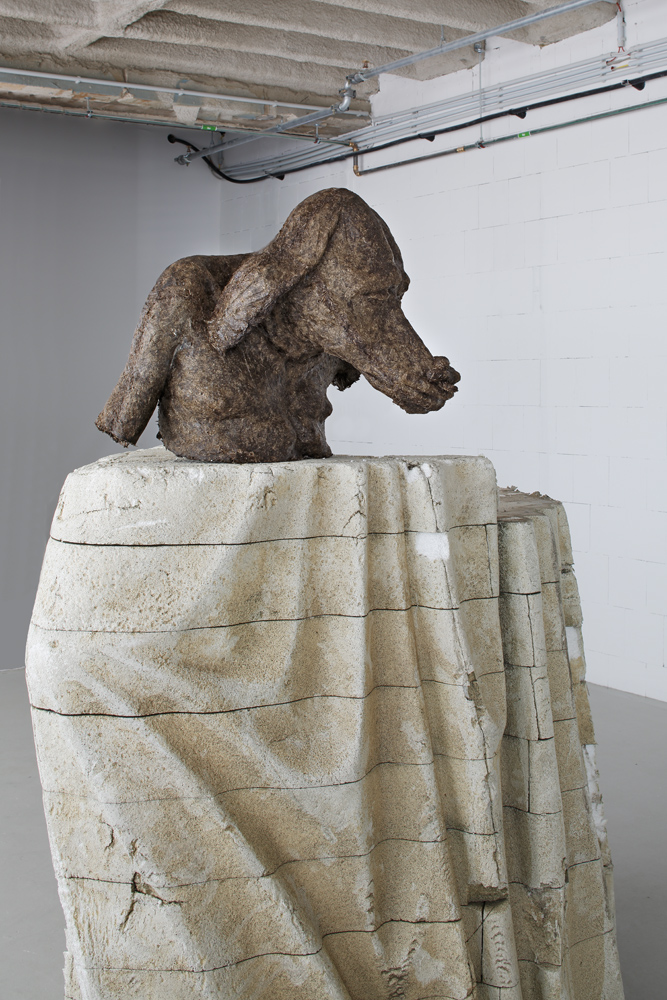 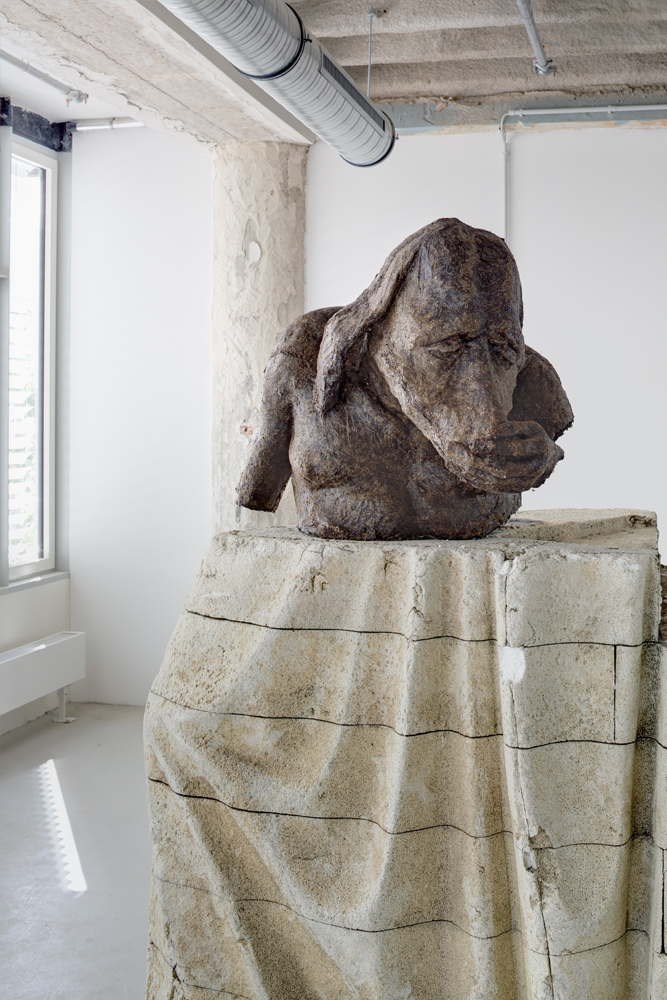 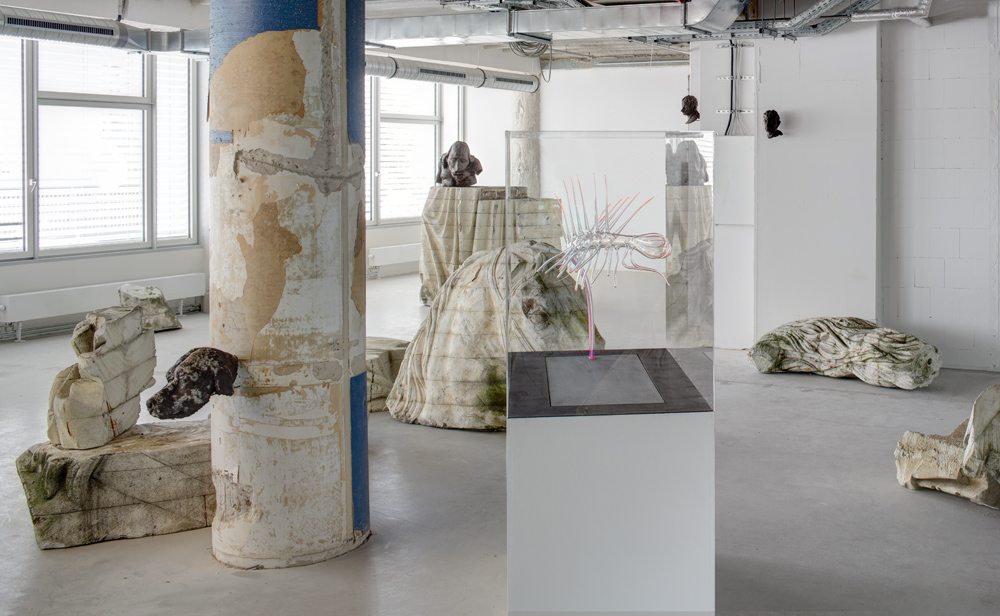 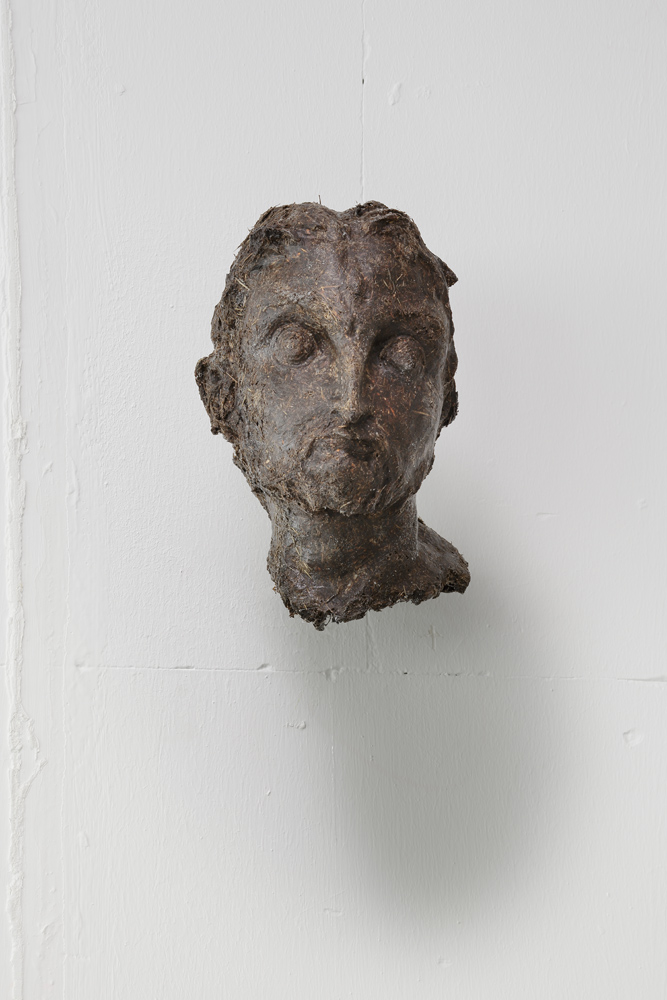 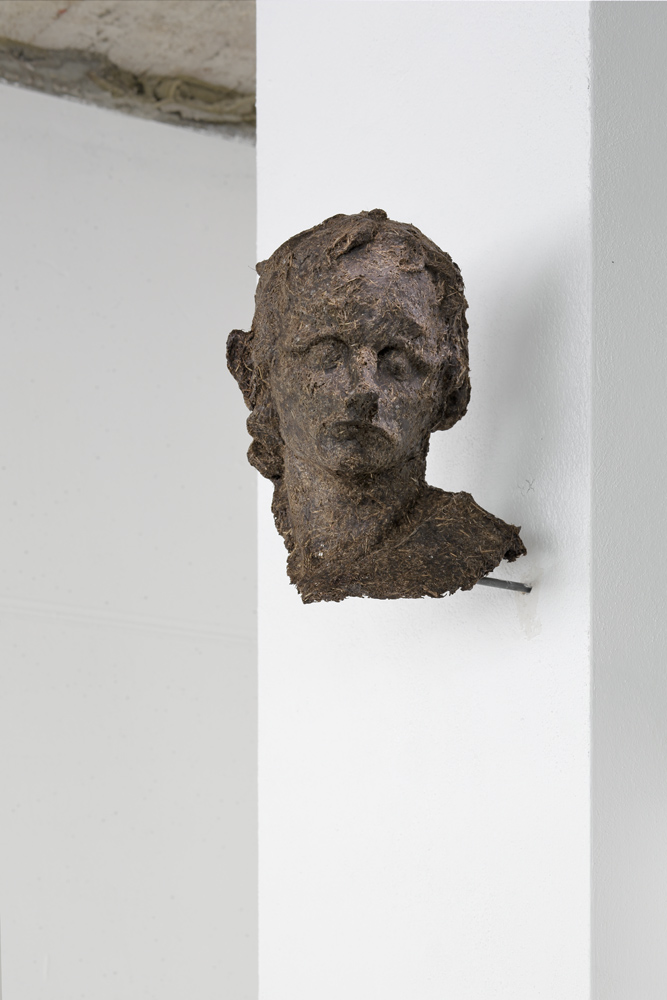 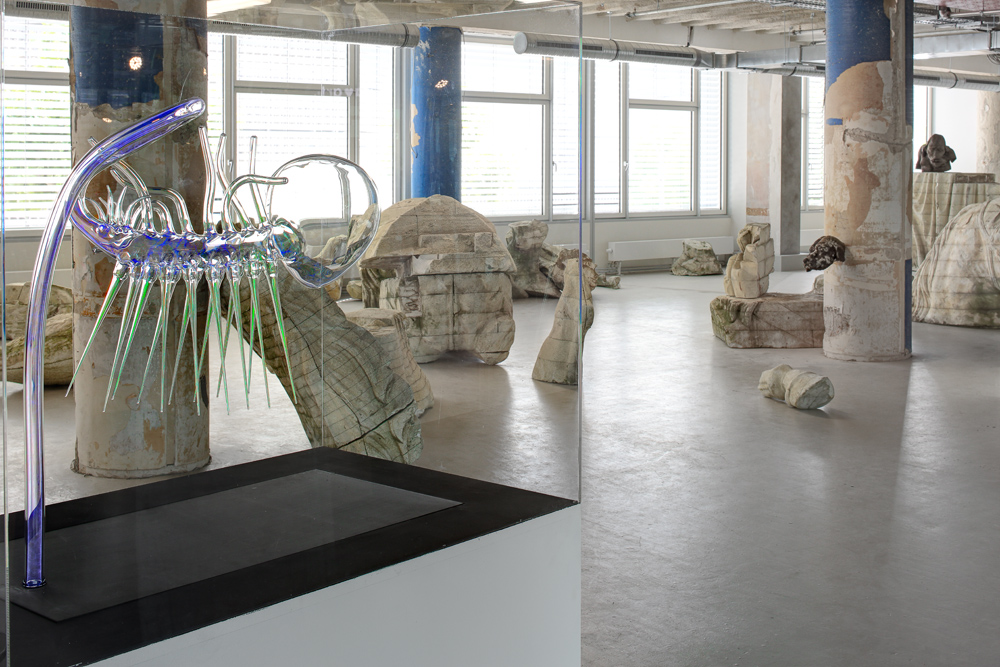 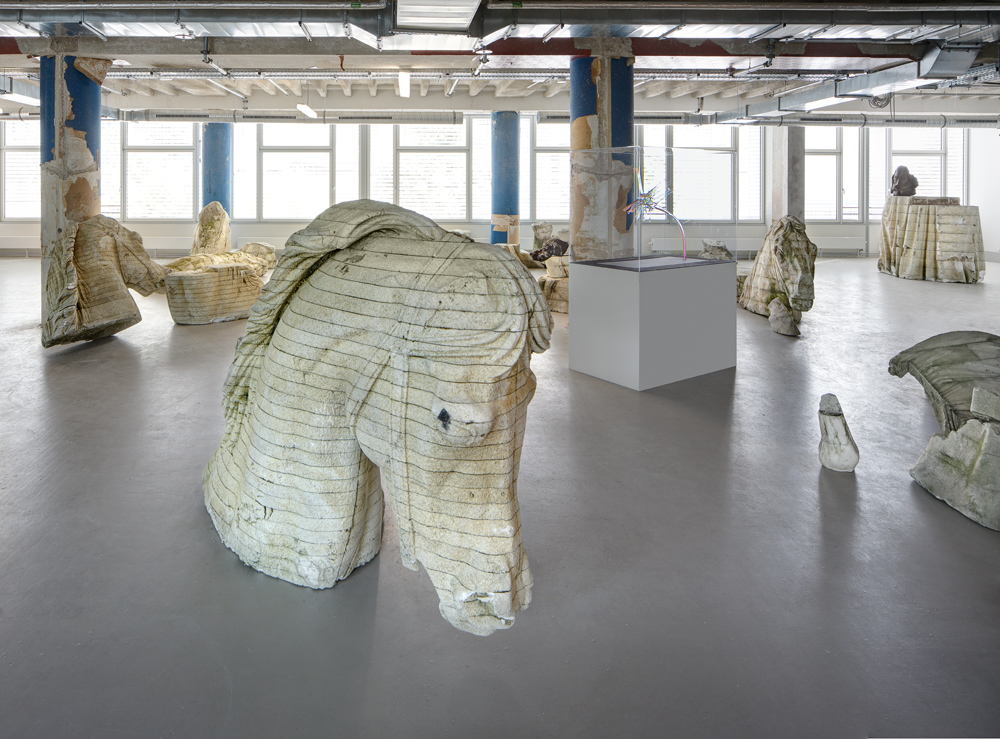 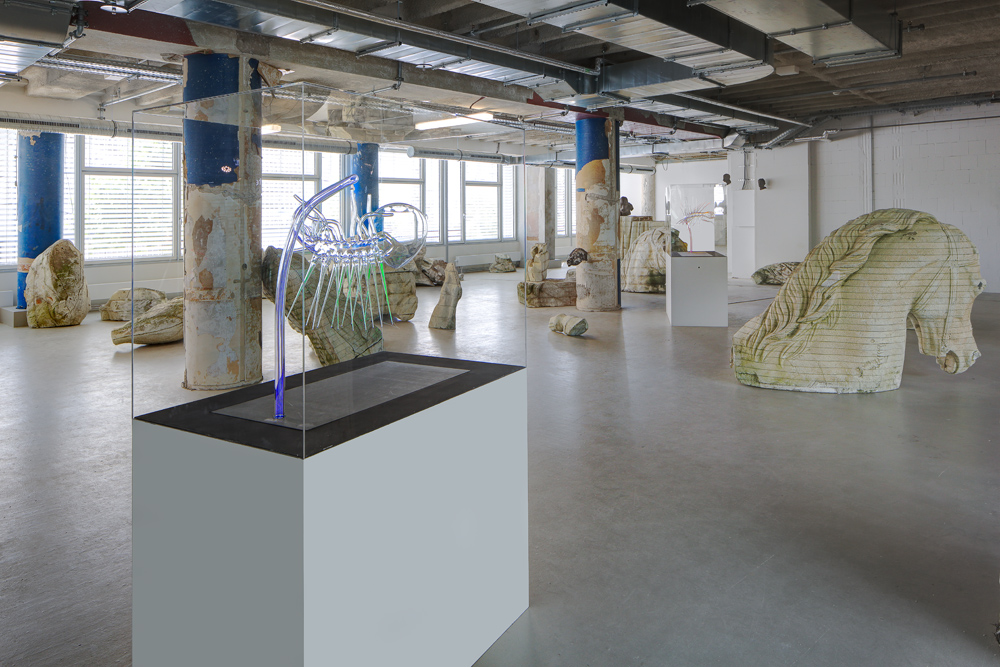 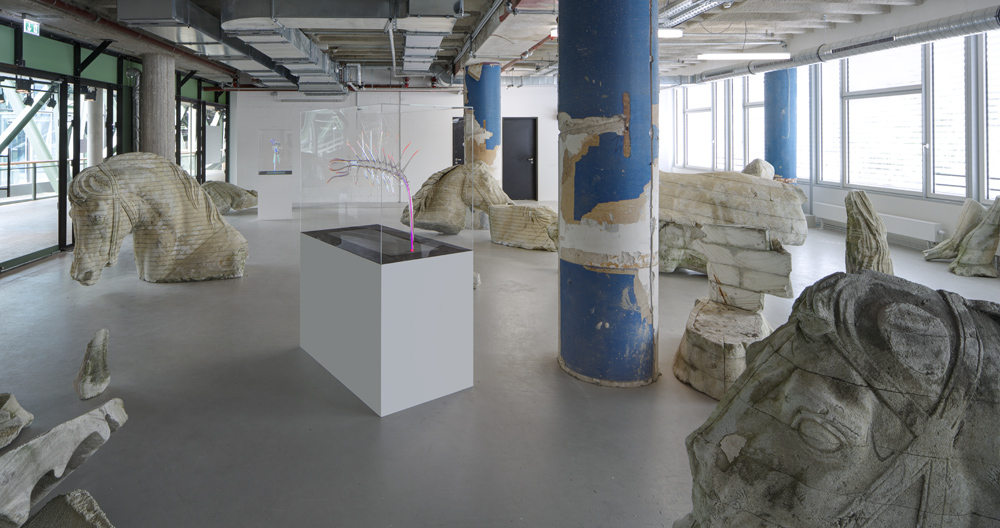 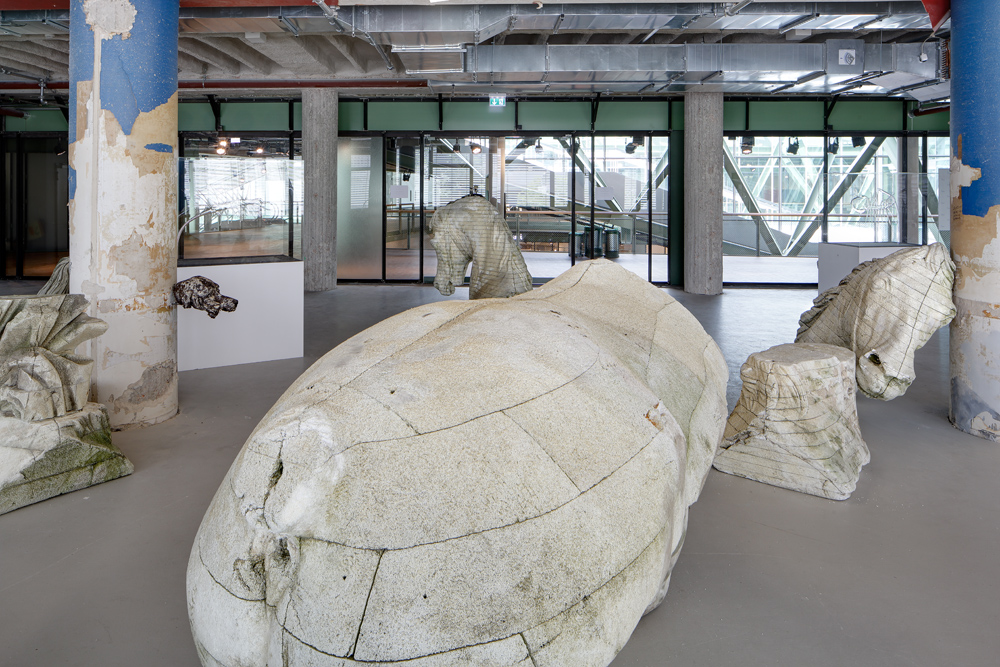